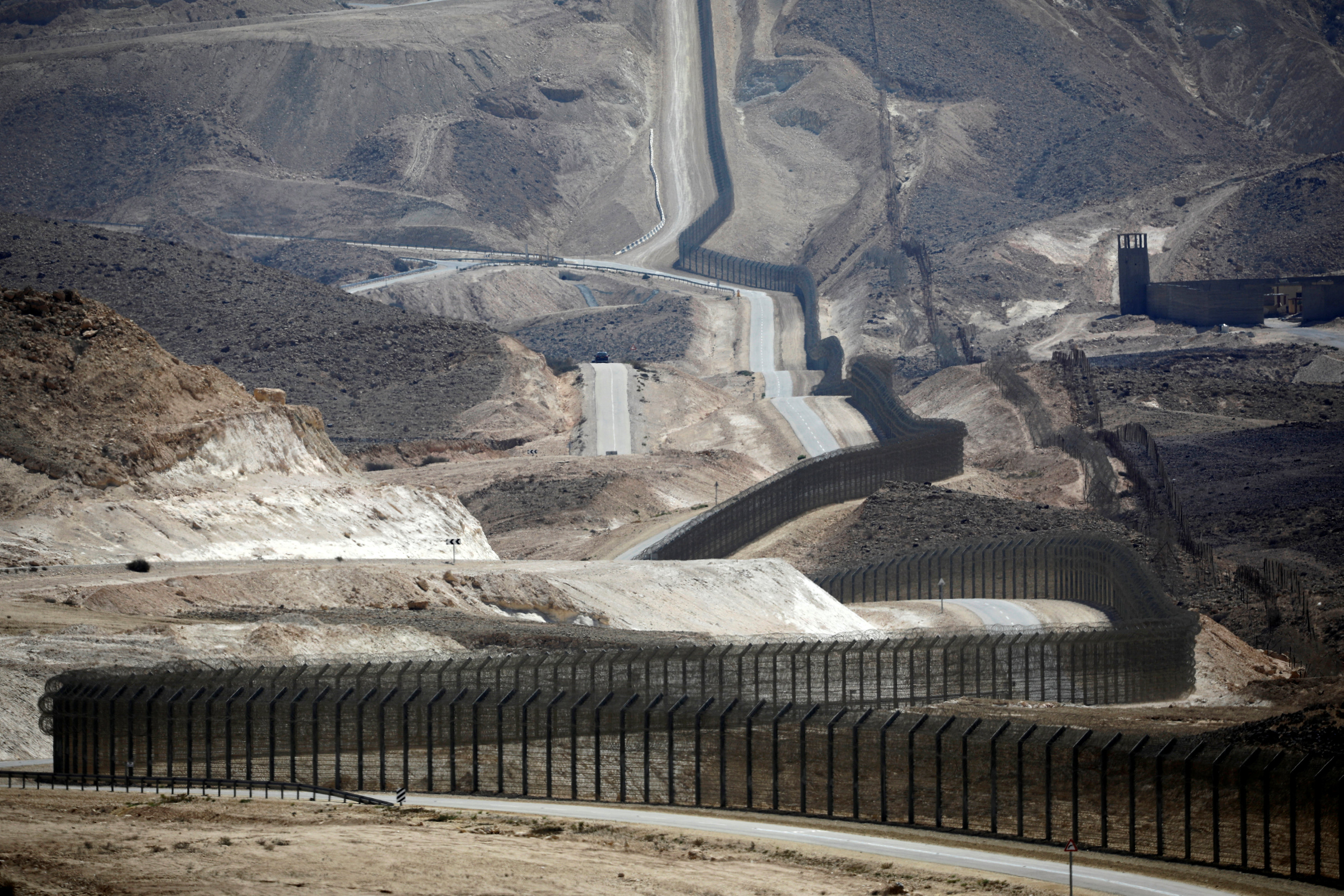 ISRAEL-EGYPT BORDER (Reuters) – A normally sealed-off road along the Israel-Egypt border was opened for a Jewish holiday, giving travelers on the Israeli side a glimpse into the Sinai desert backdrop to the biblical journey commemorated by the festival. 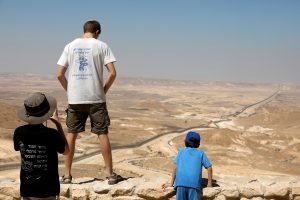 Israeli tourists stand at a watch point over looking the Israel-Egypt border during the Sukkot holiday in southern Israel September 26, 2018. REUTERS/ Amir Cohen

The Sukkot holiday celebrates the biblical story of God’s protection of the Israelites after their exodus from Egypt and 40-year sojourn in the wilderness, which religious scholars say included the Sinai.

Israel’s narrow Route 10 runs along the Egyptian border from the Gaza frontier in the north before connecting to a highway into Israel’s Red Sea resort of Eilat.

Curving along an Israeli security fence, it is usually closed to civilian traffic and patrolled regularly by the Israeli military. Egyptian watchtowers dot the other side.

Israel and Egypt signed a peace treaty in 1979, but fighting has raged in areas of the Sinai in recent years between Islamic State militants and the Egyptian military. 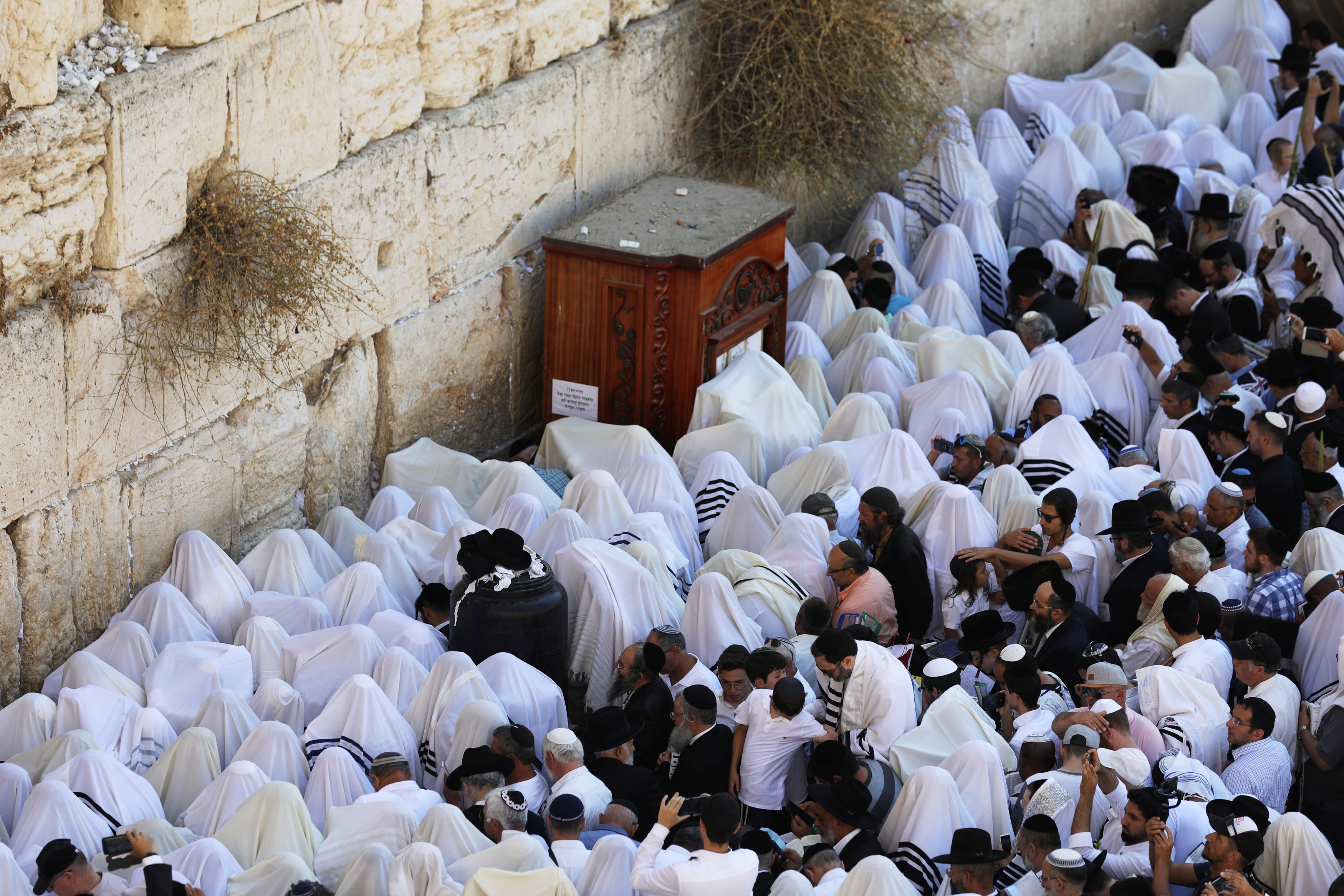 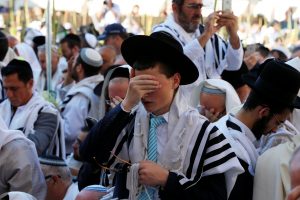 Violence once again erupted between Palestinians and Israeli riot police after young protesters barricaded themselves inside the Al-Aqsa mosque on the Temple Mount, despite an order permitting only men over the age of 50 to enter the compound for prayers.  Women of any age are also allowed entry.  Israel has imposed the ban during times of unrest because it is for the most part, young palestinian men who throw rocks at the holy site. This comes as Jerusalem is filled with those who have come to celebrate the Jewish holiday of Sukkot.

The Temple Mount in Jerusalem’s Old City has been a sore point for both Palestinians and Jews.  This ground is very much a center point of the Israeli-Palestinian conflict.  Muslims revere it as the place they believe the Prophet Muhammad ascended to heaven, while the Jews call it the Temple Mount, the site of the two biblical Jewish temples.

Palestinians stockpiled rocks and other projectiles at the Al-Aqsa mosque overnight, according to police spokeswoman Luba Samri.

Palestinians threw rocks, firebombs and firecrackers from within the mosque at the police, Samri also added that the fire bombs sparked a fire at the entrance to the mosque. Waqf guards did not prevent the “desecration of the sanctity of the place,” she said .

Police had tried to negotiate with the Waqf – the Islamic religious authority that oversees the compound – to call for calm, but talks failed and police entered the compound to seize the “dangerous devices intended to harm visitors to the site and police and endanger their lives,” Samri added.

Israeli Police were able to restore calm  but occasional stone throwing continued throughout the morning.  They reported that by noon the site was quiet.