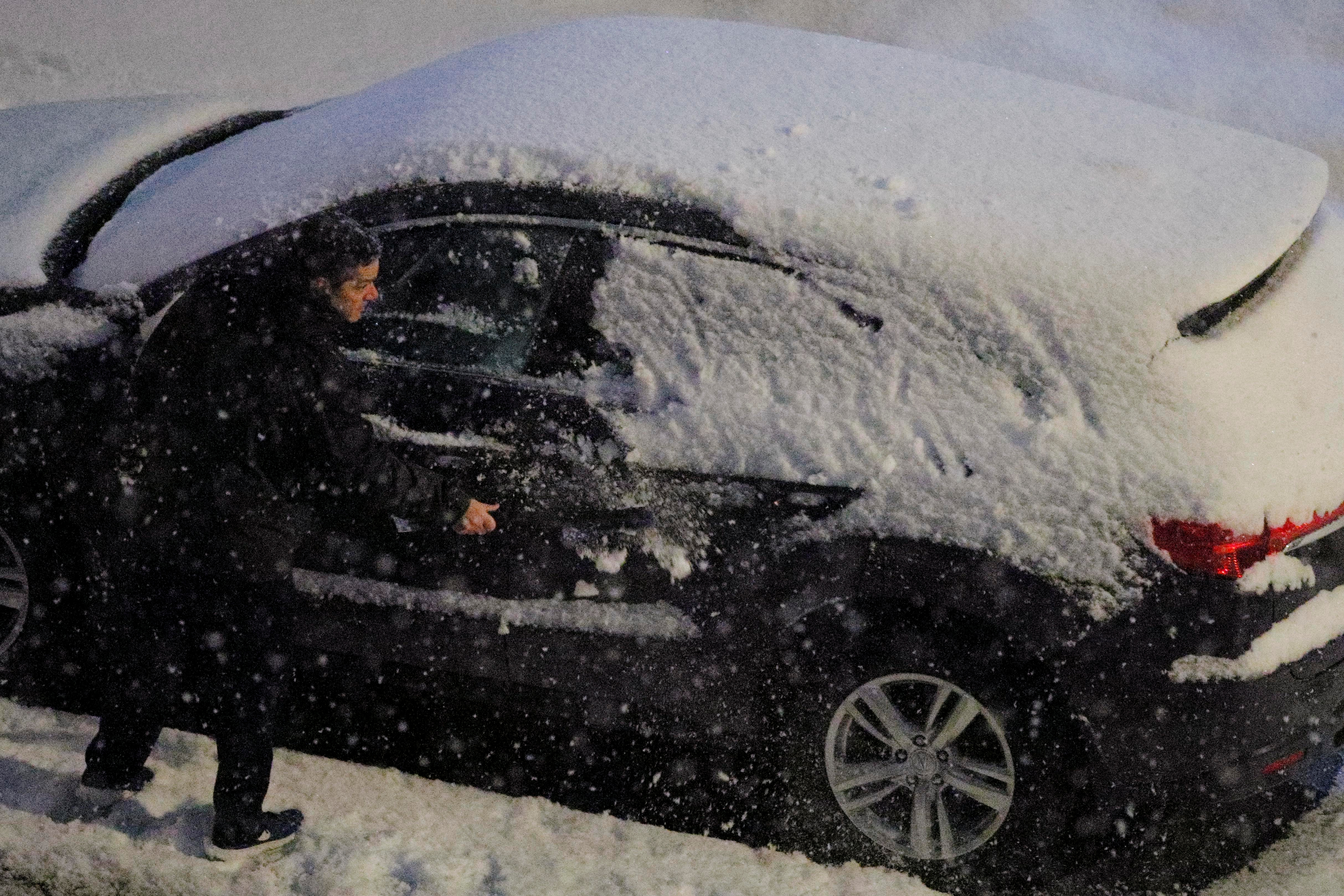 (Reuters) – Commuters in Chicago and across the Midwest faced inches of heavy, wet snow as they headed back to work on Monday after the long Thanksgiving holiday weekend, with the storm knocking out power, icing roads and canceling some flights.

The National Weather Service ended blizzard warnings early on Monday in northeast Missouri through the Chicago metropolitan area and northeast into Michigan, but noted strong winds of up to 45 miles per hour (72 kph) would continue to blow around drifts of the snow accumulated overnight.

“Snow will continue to taper off to flurries and then end this morning,” the service’s Chicago office said in a statement, warning drivers to take extra caution on slippery roads in low visibility.

North of Chicago, the city of Evanston’s police department said in a statement its power had been knocked out by the storm, although it was still able to receive 911 calls.

Dozens of school districts in Illinois, Missouri, Iowa and Kansas canceled classes due to the weather. Chicago public schools were expected to open.

The storm canceled 1,270 flights on Sunday, a busy day for travelers trying to get home after the Thanksgiving weekend.

On Monday morning, about 500 flights to and from O’Hare had been canceled, about 17 percent of all scheduled flights, according to the FlightAware flight tracking service.