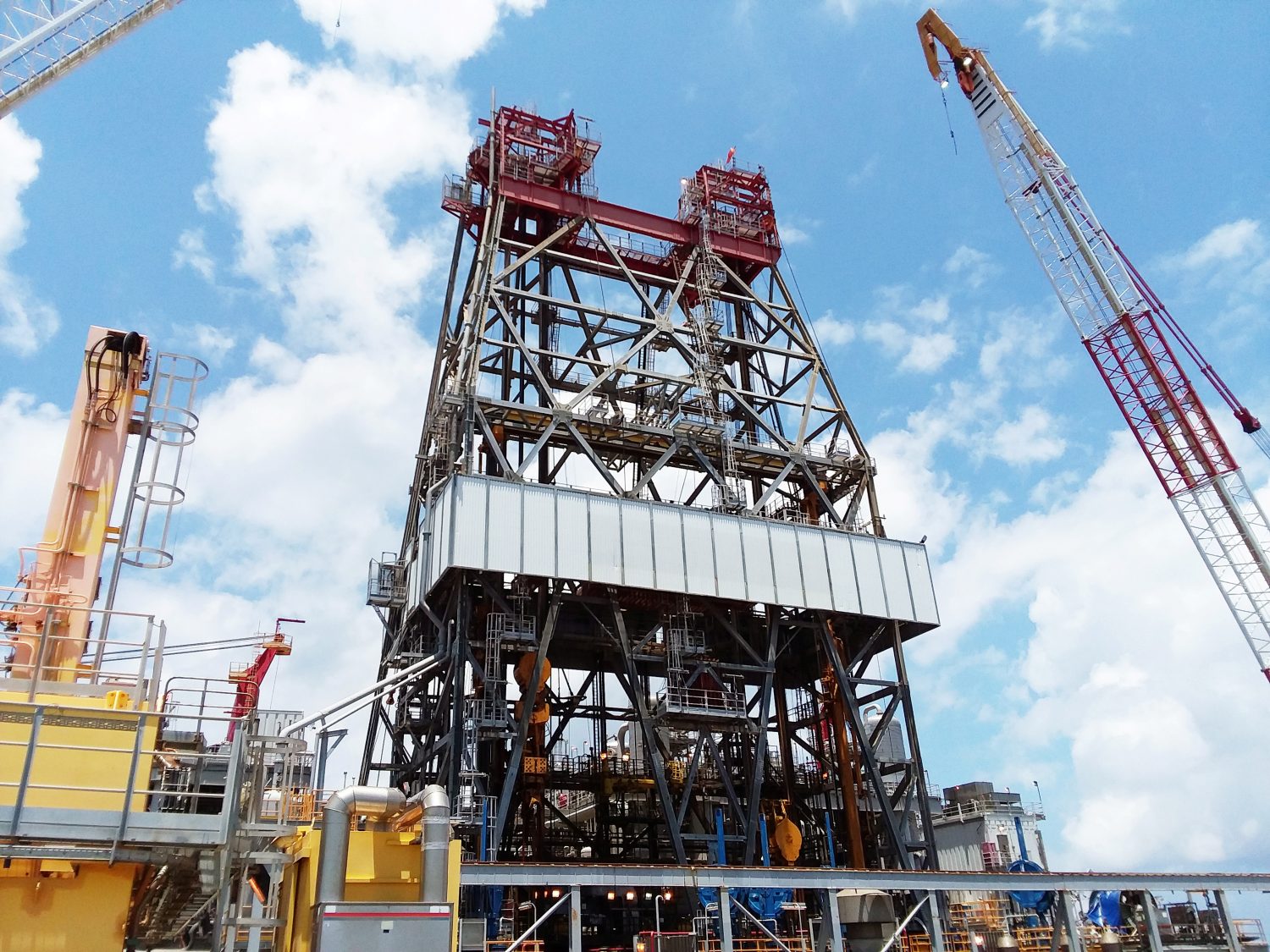 By Collin Eaton and Erwin Seba

HOUSTON (Reuters) – U.S. oil producers on Wednesday cut nearly a third of offshore Gulf of Mexico crude output as what could be one of the first major storms of the Atlantic hurricane season threatened production.

Fifteen oil production platforms and four rigs were evacuated in the north central area of the Gulf of Mexico, according to the U.S. Bureau of Safety and Environmental Enforcement (BSEE), ahead of a storm expected to become a hurricane by Friday.

Exxon Mobil Corp, Chevron Corp, Anadarko Petroleum Corp and others withdrew staff, and some cut production from deepwater platforms as a safety precaution.

The withdrawals helped push U.S. oil futures up 4% to more than $60 a barrel, and lifted gasoline prices. The U.S. Gulf of Mexico produces 17% of U.S. crude oil and 5% of natural gas. Gasoline futures climbed more than 3.5% in New York trading.

A tropical depression is expected to form in the Gulf by Thursday, with the potential to strengthen to a hurricane by the weekend, according to the National Hurricane Center. The system could produce a storm surge and heavy rainfall from Louisiana to the upper Texas coast.

Louisiana Governor John Bel Edwards on Wednesday declared a state of emergency, warning that the storm system could bring up to 15 inches of rain and hurricane-force winds to parts of Louisiana. A state of emergency allows for the activation of the state’s National Guard and the setting of curfews.

The Atlantic hurricane season runs from June through November.

BSEE said more than 600,000 barrels per day of Gulf oil production and 17% of the region’s natural gas production were shut by producers.

Exxon has evacuated nonessential staff from three platforms in the Gulf, but anticipates little effect on its production, spokeswoman Julie King said.

Anadarko, the third largest U.S. Gulf producer by volume, said it is stopping oil and gas production and removing workers from its four central Gulf facilities: the Constitution, Heidelberg, Holstein and Marco Polo platforms. It said it is also evacuating nonessential staff from eastern Gulf platforms.

Operations at the Louisiana Offshore Oil Port, the only U.S. port where the largest crude tankers can load and unload, were normal on Wednesday morning, a spokeswoman said.

Motiva’s Port Arthur, Texas, refinery was one of four refineries in east Texas inundated by more than 5 feet (1.52 m) of rain in a single day during 2017’s Hurricane Harvey.

Chevron, Phillips 66, Exxon and Royal Dutch Shell were preparing for heavy rain and wind at refineries along the Gulf Coast, company representatives said. Exxon reported operations at its Gulf Coast refineries were normal on Wednesday morning.

BP Plc, the second-largest oil producer in the Gulf by volume, is shutting all production at its four Gulf platforms – Thunder Horse, Atlantis, Mad Dog and Na Kika – which produce more than 300,000 barrels of oil equivalent per day.

BHP Group Ltd was also removing staff from its two offshore energy platforms, according to a company statement.