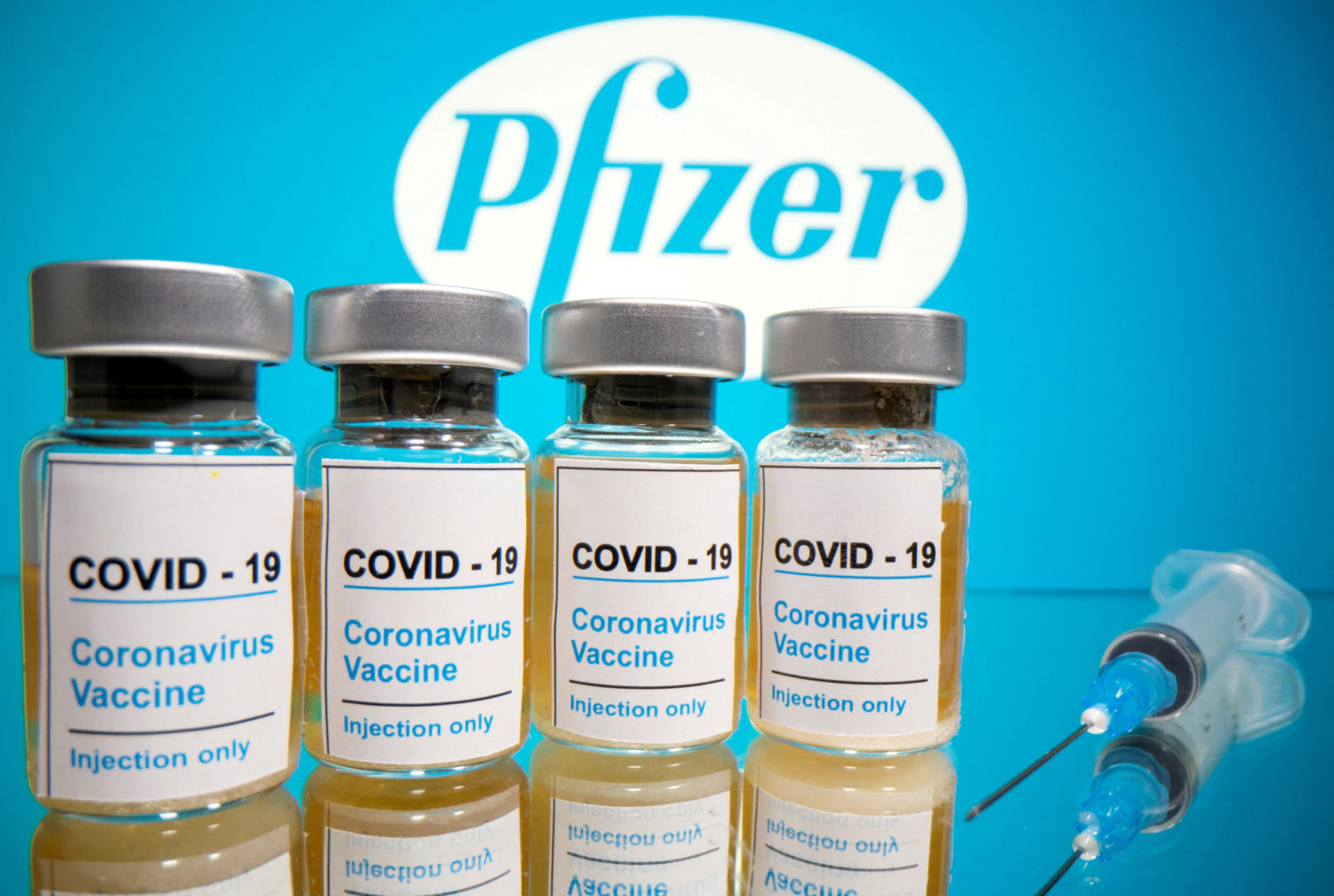 By Michael Erman and Ludwig Burger

(Reuters) – Pfizer Inc and BioNTech could secure emergency U.S. and European authorization for their COVID-19 vaccine next month after final trial results showed it had a 95% success rate and no serious side effects, the drugmakers said on Wednesday.

The efficacy of the shot was found to be consistent across different ages and ethnicities – a promising sign given the disease has disproportionately affected the elderly and certain groups including Black people.

“If all goes well I could imagine that we gain approval in the second half of December and start deliveries before Christmas, but really only if all goes positively,” he said.

The success rate of the vaccine developed by U.S. firm Pfizer and Germany’s BioNTech is the highest of any candidate in late-stage clinical trials so far, and experts said it was a significant achievement in the race to end the pandemic.

Pfizer said 170 volunteers in its trial involving over 43,000 people contracted COVID-19 but 162 of them had only been given a placebo, meaning the vaccine was 95% effective. Of the 10 people who had severe COVID-19, one had received the vaccine.

“A first in the history of mankind: less than a year from the sequence of the virus to the large-scale clinical trial of a vaccine, moreover based on a whole new technique,” said Enrico Bucci, a biologist at Temple University in Philadelphia. “Today is a special day.”

BioNTech’s Sahin said the U.S. emergency authorization would be applied for on Friday.

The FDA committee tentatively plans to meet on Dec. 8-10, a source familiar with the situation said, though the dates could still change. The FDA did not respond to requests for comment.

The final trial analysis comes a week after initial results showed the vaccine was more than 90% effective. Moderna Inc <MRNA.O> released preliminary data for its vaccine on Monday, showing 94.5% effectiveness.

The better-than-expected results from the two vaccines, both developed with new messenger RNA (mRNA) technology, have raised hopes for an end to a pandemic that has killed more than 1.3 million people and wreaked havoc upon economies and daily life.

The Pfizer-BioNTech shot was found to have 94% efficacy in people over 65 years, which experts said was crucial at a time when COVID-19 is running rampant around the world with record numbers of new cases and hospitalizations.

“This is the evidence we needed to ensure that the most vulnerable people are protected,” said Andrew Hill, senior visiting research fellow at the University of Liverpool’s department of pharmacology.

Global shares rose as the trial results countered concerns around the stubbornly high global infection rate. Pfizer shares were up 1.6% while BioNTech jumped 3.8% in the United States. By contrast, Moderna dropped 4.2%.

Investors have treated vaccine development as a race between companies, although there is likely to be global demand for as much vaccine as can be produced for the foreseeable future.

Pfizer says it expects to make as many as 50 million vaccine doses this year, enough to protect 25 million people, and then produce up to 1.3 billion doses in 2021.

While some groups such as healthcare workers will be prioritized in the United States and Britain for vaccinations this year, it will be months before large-scale rollouts begin in either country.

Pfizer also has agreements with the European Union, Germany and Japan where distribution could begin next year.

Mike Ryan, the World Health Organization’s top emergency expert, said it would be at least 4-6 months before significant levels of vaccination were taking place around the world.

Distribution of a Pfizer-BioNTech shot is complicated by the need to store it at ultra-cold temperatures of -70 degrees Celsius. It can, however, be kept in a normal fridge for up to five days, or up to 15 days in a thermal shipping box.

Moderna’s vaccine can be stored for up to six months at -20C though it is expected to be stable for 30 days at normal fridge temperatures of 2 to 8 degrees Celsius (36°-46°F).

Pfizer said its two-dose vaccine, called BNT162b2, was well-tolerated and that side effects were mostly mild to moderate, and cleared up quickly.

It said the only severe adverse events experienced by volunteers were fatigue and headaches. Out of 8,000 participants, 2% had headaches after the second dose while 3.8% experienced fatigue. Older adults tended to report fewer and milder adverse events.

“These are extraordinary results, and the safety data look good,” said David Spiegelhalter, a professor and expert in risk and evidence communication at the University of Cambridge.

“It would be interesting to see what adverse reactions were reported by the group getting the placebo, since that gives an idea of how much of the adverse effects are due to the vaccination process, and how much is due to the vaccine itself.”

Of the dozens of drugmakers and research groups racing to develop vaccines against COVID-19, the next data release will likely be from AstraZeneca Plc with the University of Oxford in November or December. Johnson & Johnson says it is on track to deliver data this year.

Authorization of vaccines for children will take longer. Only Pfizer has started vaccinating volunteers under the age of 18 in trials, giving shots to children as young as 12. Moderna and Johnson & Johnson have said they hope to start testing the vaccine in younger patients soon.