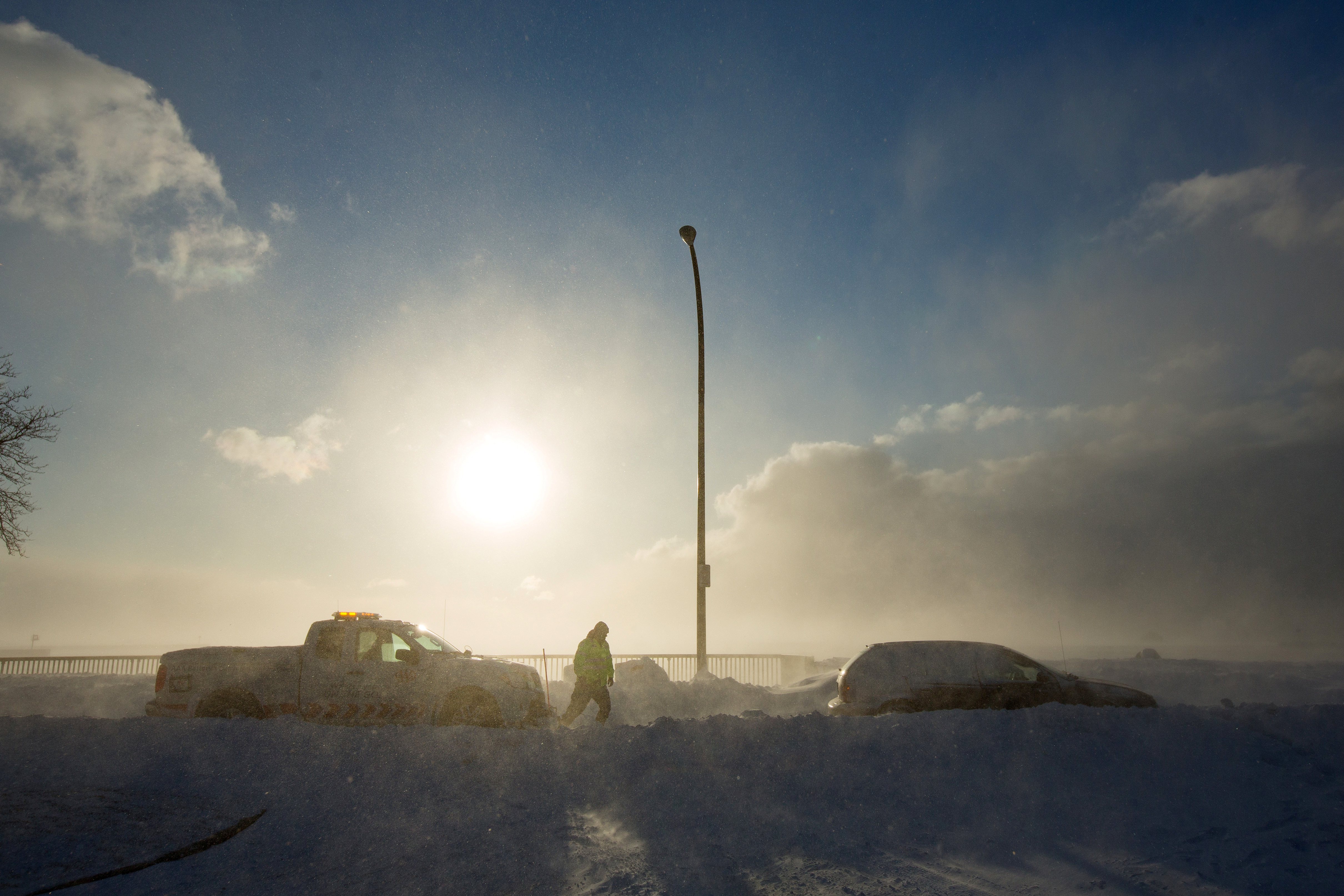 CHICAGO/NEW YORK (Reuters) – Frigid weather that paralyzed a large swath of the United States this week and caused at least 21 deaths began easing on Friday as an Arctic air mass pulled away, setting the stage for a warmer weekend in the Midwest and the Northeast.

Temperatures from southern New England to the Upper Midwest should reach the mid-40s to low 50s Fahrenheit through the weekend and Monday, forecasters said, after a record-breaking cold snap that stopped mail deliveries in some parts of the Midwest and shuttered schools and businesses.

In Chicago, which experienced temperatures as low as minus 22F (minus 30 Celsius) earlier this week, temperatures of 19F (-7C) on Friday morning felt positively balmy as a measure of normalcy returned to the nation’s third-largest city.

“It feels like summer,” said Dolores Marek, 57, as she got off her commuter train in Chicago wearing a long parka coat as set out on the 1.5 mile-(2.4 km) walk to the local college where she works. “This is much better than it was.”

Meteorologists linked the spell of brutal cold to the so-called polar vortex, a cap of icy air that usually swirls over the North Pole. Changing air currents caused it to slip down through Canada and into the U.S. Midwest this week.

Bryan Jackson, a National Weather Service meteorologist, said the core of the vortex was pulling north into eastern Canada, though residual icy air was still pushing over to the U.S. Northeast.

Temperatures on Friday morning ranged from below zero Fahrenheit to the teens in parts of New York, Pennsylvania, Massachusetts and New Jersey. The Washington D.C. area, which had 20F (minus 7C) temperatures, was under a winter weather advisory until the afternoon as around one inch (2.5 cm) of snowfall accumulated during the morning.

“That cold air that was over the Great Lakes, over the Midwest, has shifted off. Now the high pressure is over Pennsylvania and New York,” Jackson said in a phone interview. “As it moves east, it’ll bring in air from the south and we do expect it to warm up over the weekend.”

Rachel Liao, 29, a student at the New School in New York, said she wished classes had been canceled due to the cold. 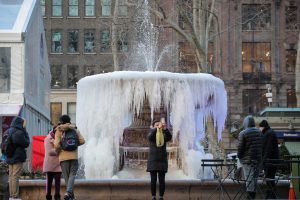 A woman takes a selfie in front of a mostly frozen Bryant Park fountain, as record low temperatures spread across the Midwest and Eastern states, in New York City, U.S., January 31, 2019. REUTERS/Brendan McDermid

Temperatures in the Upper Midwest, including Illinois, Indiana and Ohio, will reach well above zero F (minus 18C) on Friday, with highs making it into the teens and low 20s.

Even so, parts of Minnesota, Wisconsin, Michigan and Iowa were still experiencing temperatures in the negative single digits, Jackson said.

The lowest temperature recorded early Friday morning was minus 34F (minus 37C) in Stonington, Michigan, according to the National Weather Service.

By Saturday, highs will be in the 30s and even low 40s in the Midwest. The central Plains will be in the low 60s, nearly 20 to 25 degrees above normal, the weather service said.

More than 40 cold-temperature records were broken on Thursday, the coldest morning since the polar vortex moved in late on Tuesday. The mass of Arctic air had clung to a swath of the United States from Iowa and the Dakotas across the Great Lakes region and into Maine for days.

Officials across multiple states linked at least 20 deaths to the deep freeze. The death toll rose after at least nine more people in Chicago were reported to have died from cold-related injuries, according to Stathis Poulakidas, a doctor at the city’s John H. Stroger Jr. Hospital.

Amtrak train services that had been halted since Wednesday in Chicago’s hub resumed on Friday, as did U.S. postal service that was halted or limited in six Midwest states.

Thousands of flights were canceled and delayed earlier in the week, mostly out of Chicago, but on Friday the flight-tracking site FlightAware reported cancellations in the United States down to more than 400.