Pastor Jim & Lori Bakker welcome Rick Joyner as they discuss The Harvest for Day 4 on The Jim Bakker Show. 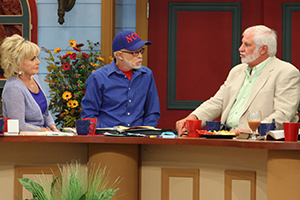 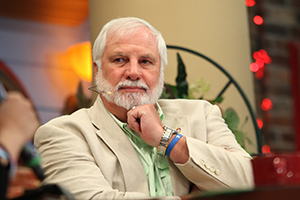 Anything that happens too fast or too easily is almost always insignificant. – Rick Joyner 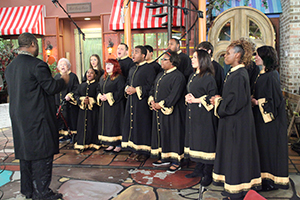 Genesis 1:28 KJV And God blessed them, and God said unto them, Be fruitful, and multiply, and replenish the earth, and subdue it: and have dominion over the fish of the sea, and over the fowl of the air, and over every living thing that moveth upon the earth.

II Chronicles 20:17 KJV Ye shall not need to fight in this battle: set yourselves, stand ye still, and see the salvation of the Lord with you, O Judah and Jerusalem: fear not, nor be dismayed; to morrow go out against them: for the Lord will be with you.

Exodus 14:13 KJV And Moses said unto the people, Fear ye not, stand still, and see the salvation of the Lord, which he will shew to you to day: for the Egyptians whom ye have seen to day, ye shall see them again no more for ever.

II Chronicles 20:15 KJV And he said, Hearken ye, all Judah, and ye inhabitants of Jerusalem, and thou king Jehoshaphat, Thus saith the Lord unto you, Be not afraid nor dismayed by reason of this great multitude; for the battle is not yours, but God’s.

II Timothy 4:7 NIV I have fought the good fight, I have finished the race, I have kept the faith.

Acts 14:22 NKJV strengthening the souls of the disciples, exhorting them to continue in the faith, and saying, “We must through many tribulations enter the kingdom of God.”

II Timothy 4:3 KJV For the time will come when they will not endure sound doctrine; but after their own lusts shall they heap to themselves teachers, having itching ears;

Acts 3:21 NKJV whom heaven must receive until the times of restoration of all things, which God has spoken by the mouth of all His holy prophets since the world began.

James 2:20 KJV But wilt thou know, O vain man, that faith without works is dead?

Revelation 7:1 KJV And after these things I saw four angels standing on the four corners of the earth, holding the four winds of the earth, that the wind should not blow on the earth, nor on the sea, nor on any tree.

Matthew 28:19 NIV Therefore go and make disciples of all nations, baptizing them in the name of the Father and of the Son and of the Holy Spirit,

Revelation 7:3 KJV Saying, Hurt not the earth, neither the sea, nor the trees, till we have sealed the servants of our God in their foreheads.

Isaiah 60:2-3 NKJV For behold, the darkness shall cover the earth, And deep darkness the people; But the Lord will arise over you, And His glory will be seen upon you.The Gentiles shall come to your light, And kings to the brightness of your rising.

Luke 16:11 KJV If therefore ye have not been faithful in the unrighteous mammon, who will commit to your trust the true riches?

I Chronicles 12:32 KJV And of the children of Issachar, which were men that had understanding of the times, to know what Israel ought to do; the heads of them were two hundred; and all their brethren were at their commandment.

Genesis 49:14-15 NKJV “Issachar is a strong donkey, Lying down between two burdens; He saw that rest was good, And that the land was pleasant; He bowed his shoulder to bear a burden, And became a band of slaves.

Proverbs 22:3 NCV The wise see danger ahead and avoid it, but fools keep going and get into trouble.