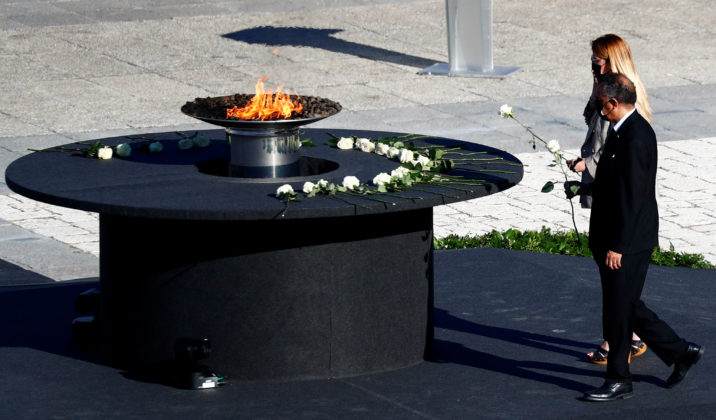 By Andreas Rinke and Stephanie Nebehay

BERLIN/GENEVA (Reuters) – Germany and France want to give more money and power to the World Health Organisation after the COVID-19 pandemic underscored long-standing financial and legal weaknesses at the U.N. agency, an internal document seen by Reuters shows.

The proposed reforms could already be discussed at the WHO in mid-September, three officials familiar with the talks told Reuters, in a fast timeline that would confirm the two European powers’ growing concerns about the organisation, which they also see as excessively subject to external influences.

In a joint paper circulated among diplomats involved in the reform talks, Berlin and Paris said the WHO’s mandate, which includes preventing outbreaks across the world and helping governments tackle them, was not backed up by sufficient financial resources and legal powers.

“Not only during the current pandemic, it has become clear that the WHO partly lacks the abilities to fulfill this mandate,” the document seen by Reuters said.

A Western diplomat in Geneva, referring to member states’ contributions based on their GDP, said: “The key point is the mismatch between WHO mandate and financing. It’s very much pro-WHO, it should have more money and (they are) asking for an increase in assessed contributions.”

France and Germany are seeking consensus “from Washington to Beijing” around the document, a source close to the talks said.

The move shows the two countries’ keen interest in an overhaul aimed at strengthening the WHO, despite talks on the matter with the United States collapsing earlier in August at G7 level over differing views about the reform.

France and Germany, whose health ministers pledged new funds after talks with WHO director-general Tedros Adhanom Ghebreyesus in June, have not hidden their criticism of the WHO.

But their approach is very different from that of the Trump administration which has cut funding, announced its withdrawal from next July, and accused Tedros of being a puppet of China.

The Franco-German reform plan is focused on strengthening the WHO, in part to empower it to be able to be more critical of member states if they do not honor global rules on transparency in reporting health and disease issues.

A German government official, asked to comment on the document, said: “Germany together with others wants a reform, talks are under way on different levels.”

The French health ministry was not available for comment.

A WHO spokeswoman was unable to provide any information.

Only a fifth of the agency’s budget comes from member states’ payments without strings attached. The remainder is raised through “short-term, unpredictable and largely highly specified voluntary contributions”, the document said, in an apparent reference to the role of individual philanthropic funders such as the Bill & Melinda Gates Foundation.

A stronger budget is needed in particular for handling emergencies, the document said, to avoid the WHO needing to raise funds in the midst of outbreaks, which could further reduce its independence.

WHO experts should be able to “independently investigate and assess (potential) outbreaks as early as possible”, the paper says. China has been accused in this pandemic and in past epidemics of being slow or reluctant to share data and to grant swift access to WHO teams.

The WHO should also be subject to a stronger oversight in emergencies to quickly assess its operations, the document said, proposing the creation of a group of national experts who could monitor crises.

To make sure that the proposed reforms have a proper follow-up, the document recommends the establishment of a panel of experts for this purpose, similar to the one that is currently assessing the handling of the pandemic.

(Reporting by Andreas Rinke in Berlin and Stephanie Nebehay in Geneva; additional reporting by Tangi Salaun in Paris and Kate Kelland in London; writing by Francesco Guarascio @fraguarascio; editing by Nick Macfie)