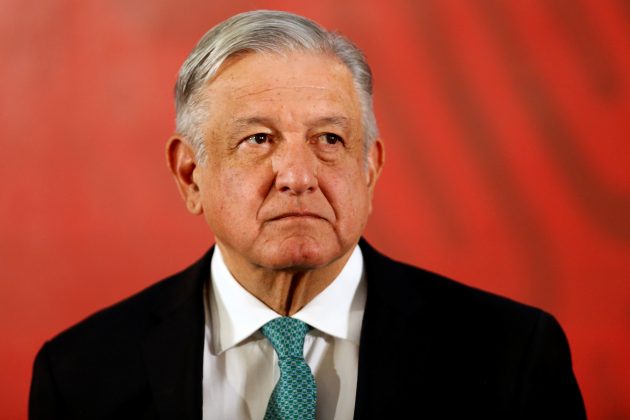 MEXICO CITY (Reuters) – Mexican President Andres Manuel Lopez Obrador said on Wednesday the sale of the former presidential jet and other aircraft from the last government would help fund efforts to curb migration under a deal struck last week with Washington.

The agreement reached on Friday averted escalating import tariffs of 5% on Mexican goods, which U.S. President Donald Trump had vowed to impose unless Mexico did more to contain migration via Central America to the United States.

In return, Mexico has agreed to toughen up its migration controls, including deploying its National Guard security force to its southern border with Guatemala.

“About how much this plan is going to cost, let me say, we have the budget,” Lopez Obrador said at his regular daily news conference. “It would come out of what we’re going to receive from the sale of the luxurious presidential plane.”

Lopez Obrador said the price tag of the Boeing 787 Dreamliner used by his predecessor Enrique Pena Nieto would start at $150 million, citing a United Nations evaluation. The plane has been on sale for several months.

As soon as he took office in December, the leftist announced plans to sell the plane, whose spacious interior includes a bedroom and is emblazoned with official government seals on the walls and flat-screen monitors.

The jet was acquired in late 2012 for $218 million. It is on sale along with 60 government planes and 70 helicopters.

He has also rolled out a string of welfare programs for the poor and the elderly, cut salaries for top civil servants and says he is saving public money by eliminating corruption.