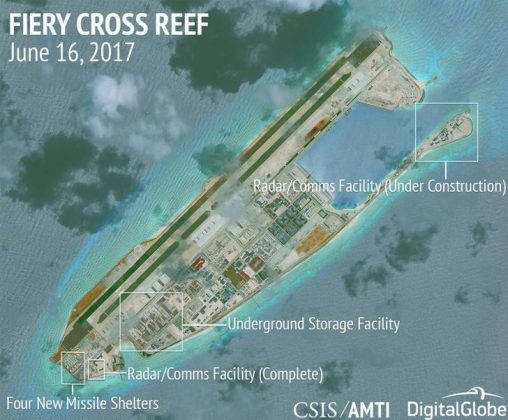 FILE PHOTO: Construction is shown on Fiery Cross Reef, in the Spratly Islands, the disputed South China Sea in this June 16, 2017 satellite image released by CSIS Asia Maritime Transparency Initiative at the Center for Strategic and International Studies (CSIS) to Reuters on June 29, 2017. MANDATORY CREDIT CSIS/AMTI DigitalGlobe/Handout via REUTERS/File Photo