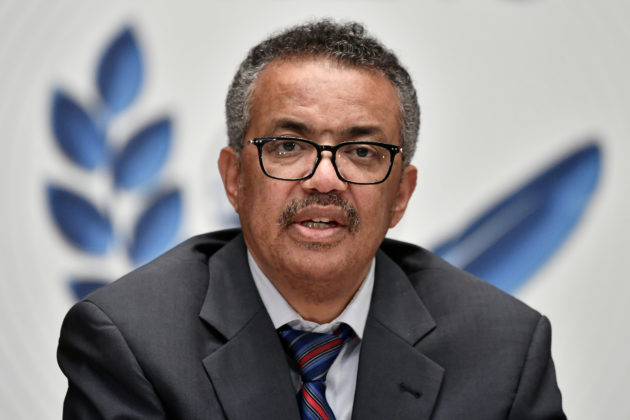 By Stephanie Nebehay and Emma Farge

GENEVA (Reuters) – WHO Director-General Tedros Adhanom Ghebreyesus said on Friday that “vaccine nationalism” would only slow the effort to quash the pandemic and called for vaccines to be used fairly and effectively.

Tedros said 78 high-income countries had now joined the “COVAX” global vaccine allocation plan, bringing the total to 170 countries, and the “number is growing”. He urged others to join by the Sept. 18 deadline for binding commitments.

Joining the plan guaranteed those countries access to the world’s largest portfolio of vaccines, with nine candidates currently in the pipeline, he said, adding that a further four were “promising”.

The WHO and the GAVI vaccine alliance are leading the COVAX facility, aimed at helping buy and distribute vaccination shots fairly around the world.

But some countries that have secured their own supplies through bilateral deals, including the United States, have said they will not join COVAX.

“Vaccine nationalism will prolong the pandemic, not shorten it,” Tedros told a WHO briefing in Geneva, without mentioning any specific countries.

“If and when we have an effective vaccine, we must also use it effectively … In other words, the first priority must be to vaccinate some people in all countries, rather than all people in some countries,” he said, adding that priority should be given to healthcare workers, the elderly and those with underlying conditions.

Tedros thanked Germany, Japan, Norway and the European Commission for joining COVAX during the last week.

“Certainly by the middle of 2021 we should start to see some vaccines actually moving into countries and populations,” said WHO chief scientist Soumya Swaminathan, reiterating earlier comments.

Noting that there were 13 experimental vaccines currently in clinical trails, Swaminathan called it an “optimistic scenario” since the typical success rate of 10% could mean several vaccines are approved.

But Swaminathan said that no vaccine should be approved for a worldwide rollout until it had undergone sufficient scrutiny.

“No vaccine is going to be mass-deployed until regulators are confident, governments are confident, and the WHO is confident it has met the minimum standard of safety and efficacy,” she said.

Results were expected from some of the candidates already in phase 3 trials, each involving thousands of participants, by the end of the year or early 2021, Swaminathan said.

“We are not going to have enough for the whole world right at the beginning,” she said adding that scaling up of manufacturing would take time.

“Eventually there will be enough for everyone but it will mean prioritization,” she said.