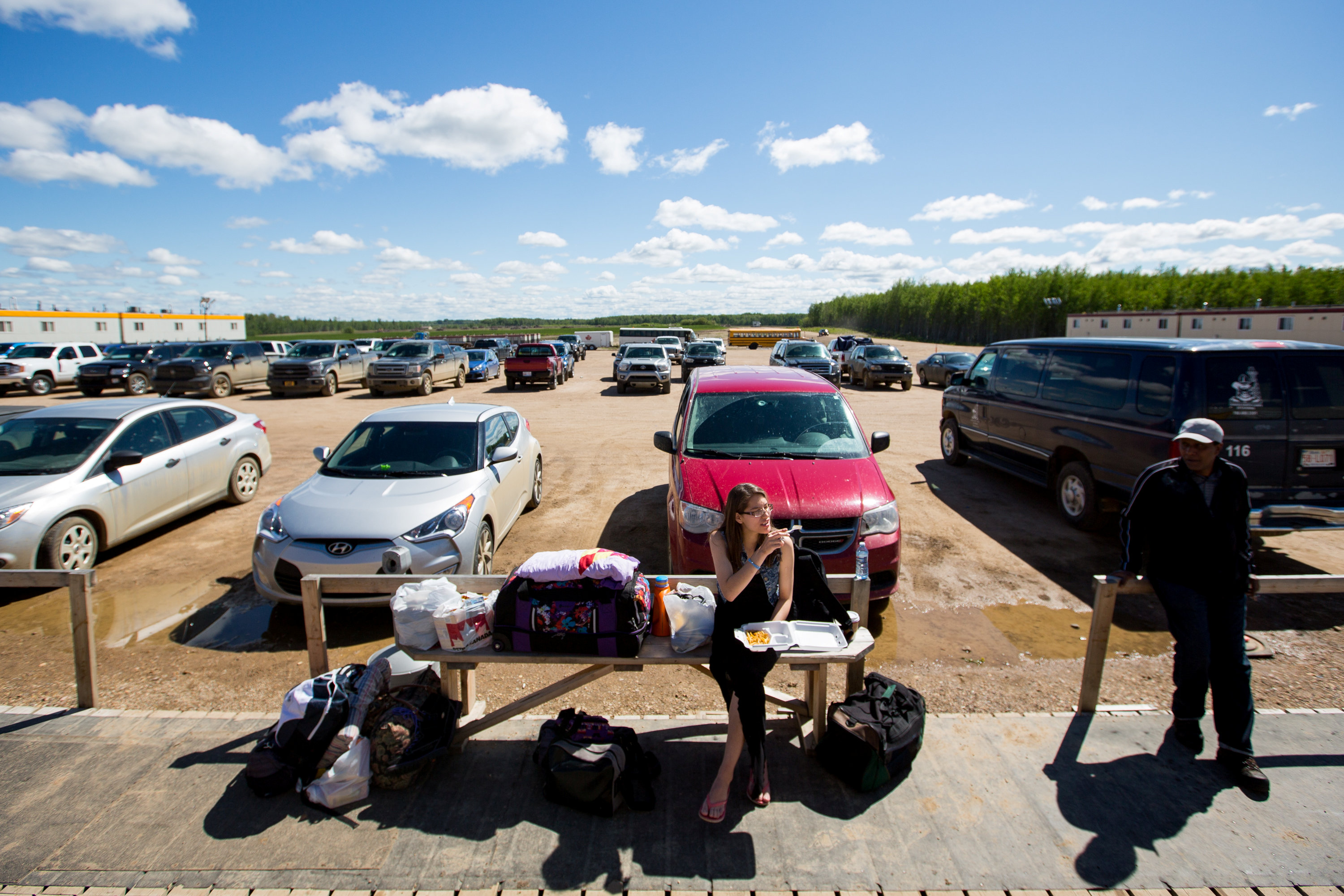 FORT MCMURRAY, Alberta (Reuters) – Thousands of evacuees who fled a massive wildfire in the Canadian oil city of Fort McMurray began to trickle back to their homes on Wednesday, though the water was still not safe to drink and other services were limited.

More than 90,000 residents fled the remote northern Alberta city as the fire hit four weeks ago, burning entire neighborhoods. Officials expect 14,000 to 15,000 to return on Wednesday as a two week staged re-entry gets underway.

Downtown Fort McMurray, untouched by fire, was quiet but not empty early on Wednesday morning. Some stores were already open, and there was still some smoke in the air.

John Smith, 77, and his wife, Joyce, were bracing for heavy traffic on the main highway leading into the city, as well as what may lie ahead.

“We didn’t even have time to empty the garbage,” he said. “I’m going in first with a flashlight and wearing a mask, and one of us will open the doors and windows and flush the house out.”

The blaze was a devastating blow to a community already reeling from a two-year slump in global crude prices. It shuttered more than a million barrels per day of crude production, though some facilities have since resumed operations.

Early in the morning, police began removing the barricades that had kept residents out of the city. Authorities told those returning to bring two weeks’ worth of food, water and prescription medication. The area is under a boil water advisory and the local hospital’s capabilities are limited.

Some 2,000 residents who had expected to return this week were told on Monday that they should not go back because of risks posed by debris and contaminants, including caustic ash. Among them were Elsie Knister, 63, and her neighbor Mary Lindsey McNutt, 33.

“I have panic attacks, there’s water damage, there are toxins in my furniture and my cupboards, and under the floor,” Knister said. “I am scared of everything right now, and I am going to have to deal with it one day at a time.”

The pair had been staying in Edmonton and moved north to the Wandering River evacuee camp over the weekend in preparation for their return. They said they were not sure where to go next.

“I feel they are bringing people back in here way too quickly,” McNutt said. “My family in Nova Scotia are saying why don’t you come home for the summer? If we are displaced until August or September I will probably get on a plane.”

About 10 percent of the city’s homes were destroyed by the blaze, which has blackened more than 580,000 hectares (2,239 square miles). 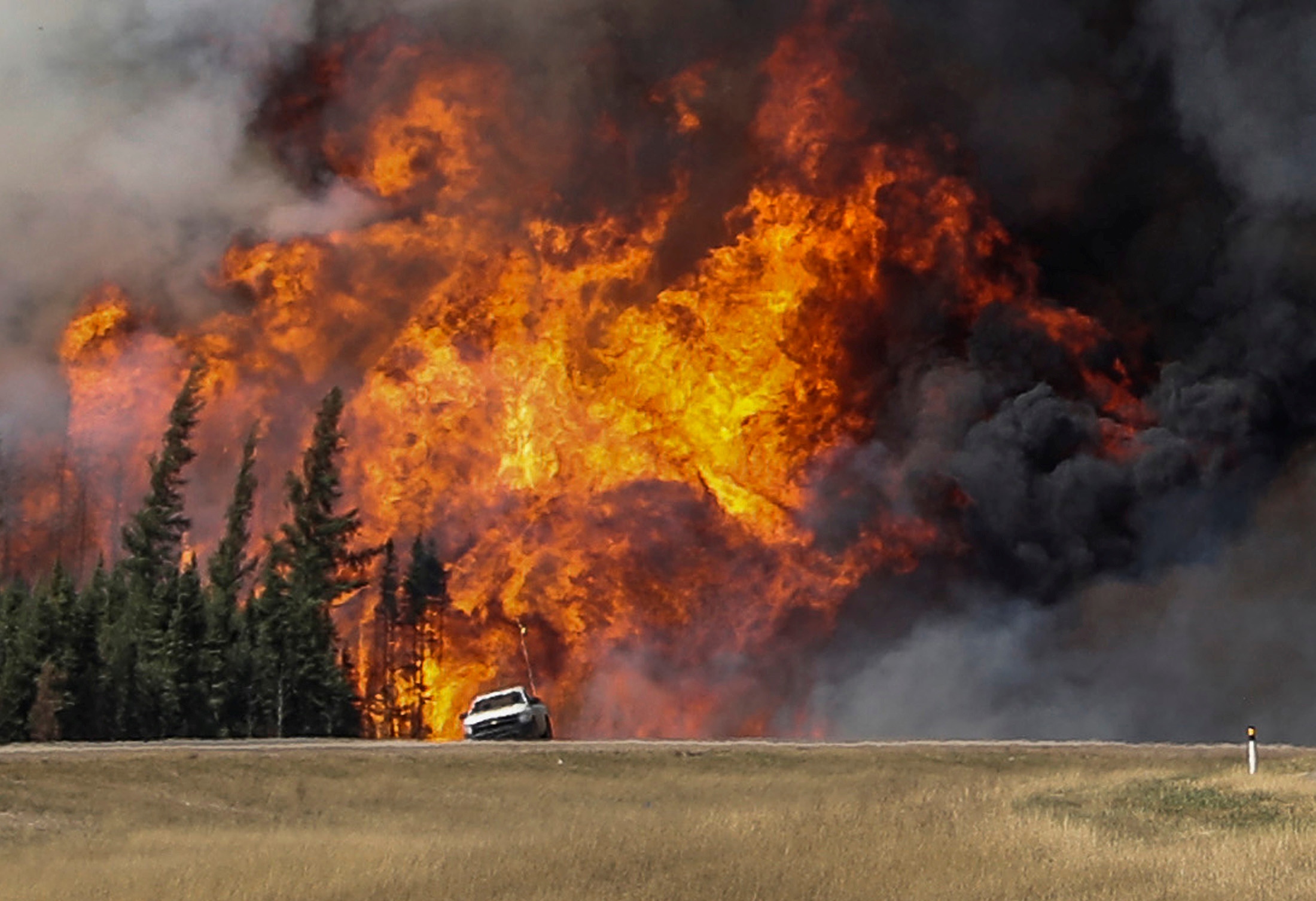 (Reuters) – Canadian energy producers were hit with fresh disruptions on Tuesday after a massive wildfire burning around the oil sands hub of Fort McMurray, Alberta, shifted north, forcing the evacuation of about 4,000 people from work camps.

Suncor Energy Inc, one of the area’s biggest operators, said early Tuesday that it started a staged and orderly shutdown of its base plant operations as a precautionary measure.

Suncor said there had been no damage to its assets and that it had enhanced fire protection around the facilities.

Suncor and Syncrude Canada late Monday confirmed they had evacuated workers from the affected area.

The sudden movement of the fire prompted the evacuation of some 4,000 people from work camps outside Fort McMurray, with all northbound traffic again cut off at the city, the Regional Municipality of Wood Buffalo said on Monday.

The entire population of Fort McMurray, about 90,000 people, was forced to flee nearly two weeks ago as the uncontrolled wildfire raged through some neighborhoods and destroyed about 15 percent of structures.

On Monday, the blaze continued to burn uncontrolled, covering 285,000 hectares (704,000 acres), officials said. By Monday evening it was moving 30 to 40 meters (98 to 131 feet) per minute and had jumped a critical firebreak north of the city to push into the oil sand camp areas.

Roughly a million barrels per day of oil sands crude production was shut down as a precaution and because of disruptions to regional pipelines. Much of that production remains offline.

Firefighters have managed to protect much of Fort McMurray but evacuated residents have not been allowed to return to their homes, partly because of hot spots around the community. 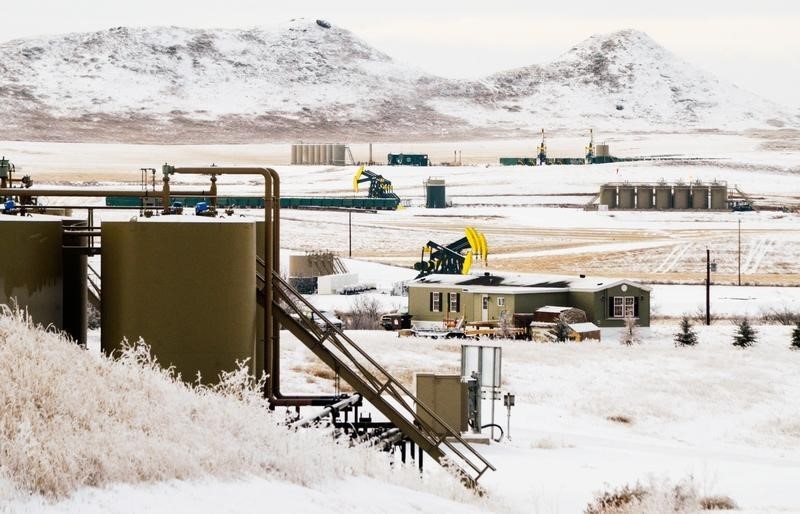 LONDON (Reuters) – Oil rose on Tuesday, boosted by supply disruptions in Canada and elsewhere that have knocked out 2.5 million barrels of daily production and temporarily eclipsed concern over high global inventories and a looming surplus of refined products.

In spite of output outages from Canada to Nigeria, oil prices are down by more than 2 percent so far this week, hampered by worries that even hefty dents to production will have little effect on the growth of stocks of unwanted crude.

Weekly data on speculative holdings of crude futures has shown investors are cooling a little toward oil.

“We’ve seen the market slump 10 pct from the highs since this (Canada) news came in, which suggests that there are other fish to fry at the moment,” Saxo Bank senior manager Ole Hansen said.

Oil prices fell on Monday by as much as 3.8 percent at one point, after the wildfire moved away from the oil sounds town of Fort McMurray in the western Canadian province of Alberta.

Outages in Canada, which consultancy Energy Aspects said now totaled 1.6 million barrels per day (bpd), have brought global disruptions to more than 2.5 million bpd since the beginning of the year. This has at least temporarily wiped out a surplus that emerged in mid-2014 and slashed 70 percent off prices before a recovery started early this year.

A series of attacks on Nigeria’s oil infrastructure has pushed its output of crude close to a 22-year low, Reuters data shows, piling pressure on its finances.

“Despite some significant supply disruptions, most notably in Canada, ongoing bearish fundamentals precipitated a modest retracement in prices,” Societe Generale said in a weekly note to clients.

With plenty of crude available, refiners have produced large volumes of gasoline and diesel, threatening to swamp demand despite the coming U.S. summer driving season.

“Crude cannot go up without support from products, and that support is not there at the moment, and more refineries are coming out of turnarounds so there will be more products and tanks are getting full,” said Oystein Berentsen, managing director for crude at Strong Petroleum in Singapore.