Pastor Jim and Lori Bakker welcome special guest Pastor Carl Gallups as they discuss the increase of knowledge in information, transportation, and communication technology in these last days.
END_OF_DOCUMENT_TOKEN_TO_BE_REPLACED 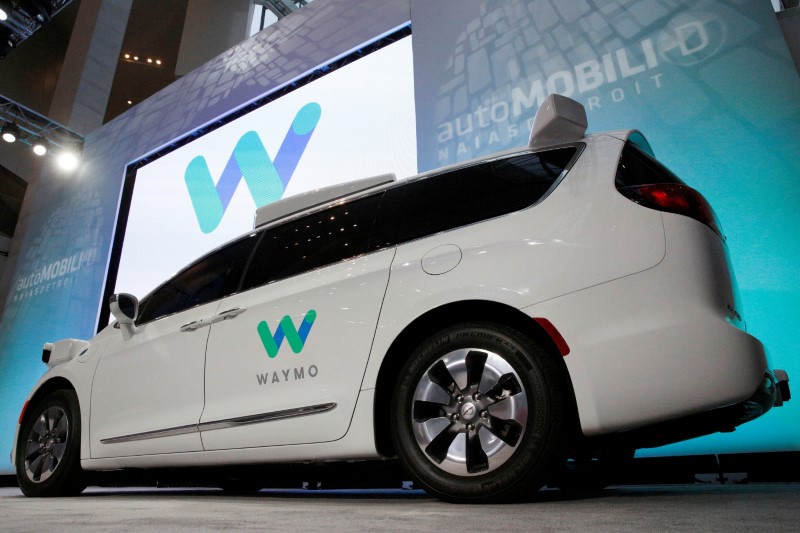 SAN FRANCISCO (Reuters) – Alphabet Inc’s Waymo autonomous vehicle group will begin testing a self-driving car program for hundreds of families in Phoenix, Arizona and is buying 500 Chrysler minivans to do so, the companies said on Tuesday.

Waymo, which along with Google is owned by Alphabet Inc<GOOGL.O>, recently has been quietly testing the service for a handful of families, learning what potential customers would want from a ride service, the company said in a blog post.

It urged people to apply to take part in an expanded test, which is the first public trial of Waymo’s self-driving cars. The vehicles include human operators from Waymo behind the wheel, in case intervention is required and to take feedback.

Silicon Valley is racing to master self-driving technology, betting that it will transform the auto industry and be a gold mine for leading companies. Waymo has one of the best technology track records, and it has an alliance with Fiat Chrysler Automobiles <FCHA.MI>.

Many companies expect that customers will use autonomous vehicles as a service, rather than owning them outright. Ride service Uber in particular expects to use autonomous cars.

The new Waymo test in Arizona is meant to help the company understand what people want out of self-driving cars and see how they use and integrate the service. Testers will get access every day at any time.

Waymo already has with 100 Chrysler Pacifica minivans and is acquiring five times more, partly to be able to support the service.

A medieval remedy for eye infections has accidentally been discovered as a killer of the drug-resistant superbug MRSA.

Dr. Christina Lee of Nottingham University, England, recreated the 10th century potion to see if it really worked as an anti-bacterial remedy for stys and other eye infections.

The salve comes from two species of Allium (garlic, onions or leeks), wine and oxgall (the bile from a cow’s stomach.)  The substances are place din a brass vessel to brew, strained for purity and then left for nine days before used on the subjects.

The researchers were shocked to see the “medication” cured stys.

The researchers then decided to see if other diseases could be impacted by the salve and tested it on mice that had MRSA in wounds.  The study showed 999 of 1000 MRSA cells were killed by the remedy.

Dr. Kendra Rumbaugh of Texas Tech University said the salve worked “as good, if not better than” drugs that are currently on the market.

The researchers are now seeking approvals to test the concoction on humans.

Health experts are warning that the world could be facing a dementia epidemic by 2050.

Estimates from the group Alzheimer’s Disease International showed a 17 percent increase in the number of people with dementia in 2010 and warned that by 2050 as much as 70 percent of dementia patients could be in third world nations.

“If we look into the future the numbers of elderly people will rise dramatically. It’s vital that the World Health Organization makes dementia a priority, so the world is ready to face this condition,” ADI Executive Director Marc Wortmann told Reuters.

Leaders from the Group of Eight industrialized countries are due to meet in London next week for a special summit on dementia. The condition is so prominent in Britain that it costs the country 23 billion pounds a year, more than cancer, stroke or heart disease combined.

ADI officials said the number of cases by 2050 could triple from 44 million today to 135 million. They said more funds dedicated to research for a cure are necessary and the research needs to begin immediately.