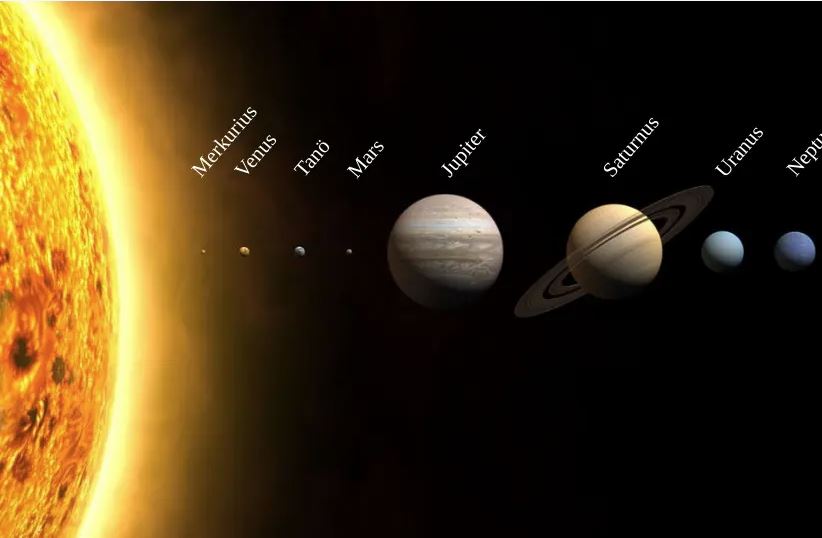 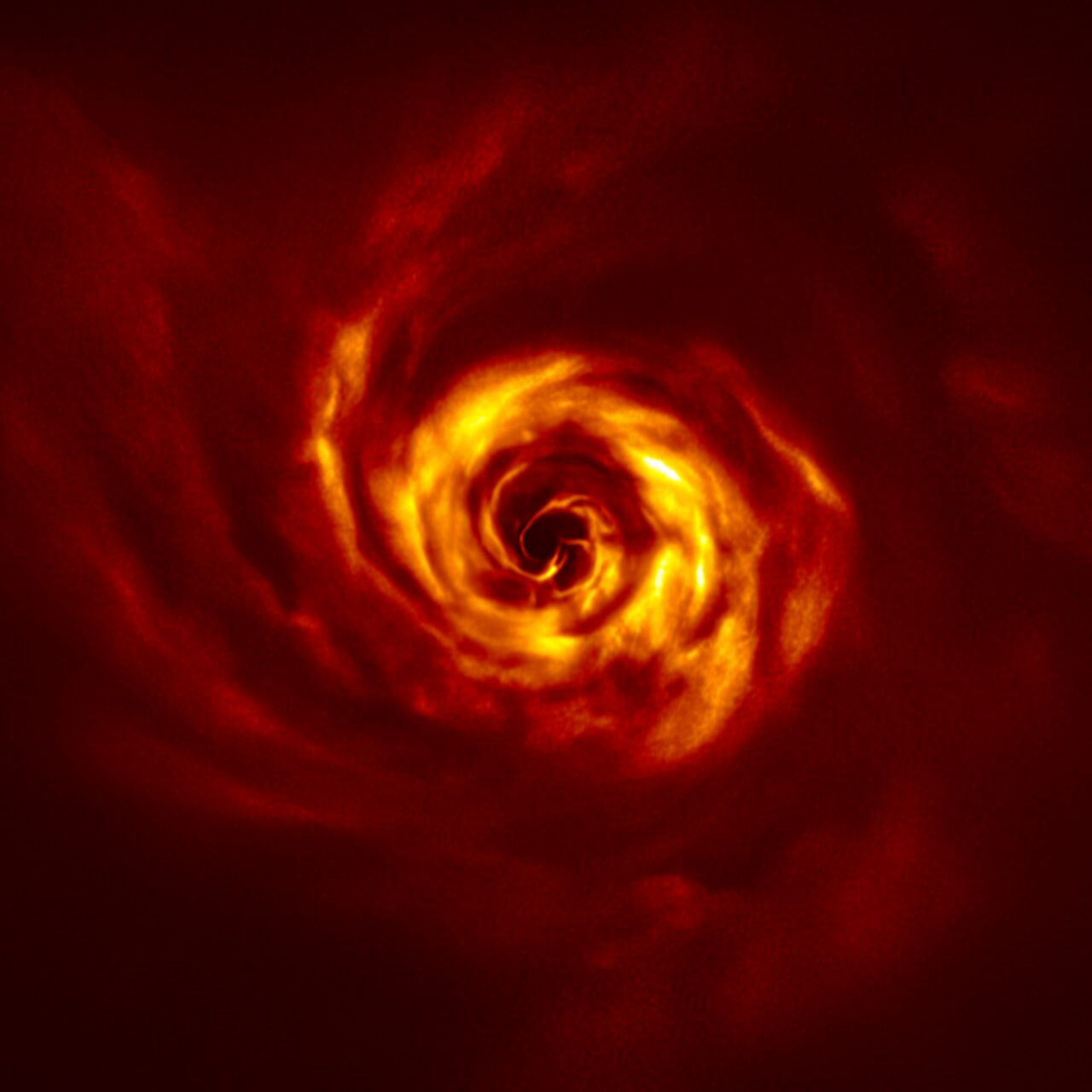 WASHINGTON (Reuters) – Astronomers have gazed into what appears to be a planetary maternity ward, observing for the first time within a huge disk of dense gas and dust surrounding a newly formed star a planet in the process of being born.

This large young planet is forming around a star called AB Aurigae that is about 2.4 times the mass of the sun and located in our Milky Way galaxy 520 light years from Earth, researchers said on Wednesday. A light year is the distance light travels in a year, 5.9 trillion miles (9.5 trillion km).

The scientists used the European Southern Observatory’s Very Large Telescope in Chile to spot a spiral structure within the swirling disk around AB Aurigae generated by the presence of a planet. They detected a “twist” pattern of gas and dust in the spiral structure marking where the planet was coalescing.

“It takes several million years for a planet to be in its final stage, so birth is not well defined in time. However, we can say that we were likely able to catch a planet in the process of formation,” said Observatoire de Paris astronomer Anthony Boccaletti, who led the research published in the journal Astronomy & Astrophysics.

More than 4,000 planets have been discovered orbiting stars beyond our solar system. Scientists are eager to learn more about how they are born as cold gas and dust consolidate in these disks surrounding new stars.

The planet is located about 30 times further from its star than Earth’s distance from the sun – about the distance of the planet Neptune in our solar system, Boccaletti said. It appears to be a large gas planet, not a rocky planet like Earth or Mars, and may be more massive than our solar system’s largest planet Jupiter, Boccaletti added. 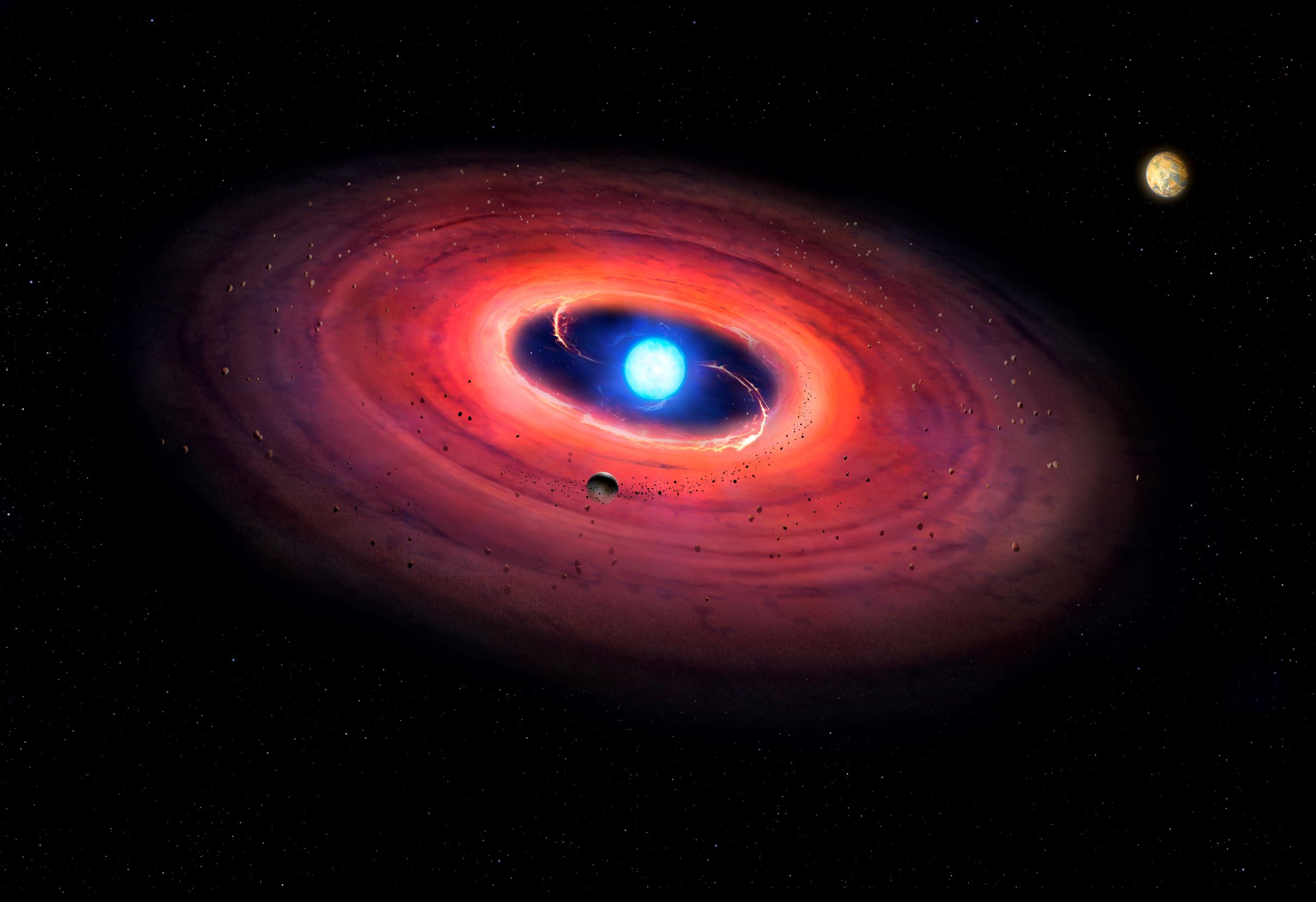 WASHINGTON (Reuters) – A new way of studying planets in other solar systems – by doing sort of an autopsy on planetary wreckage devoured by a type of star called a white dwarf – is showing that rocky worlds with geochemistry similar to Earth may be quite common in the cosmos.

In a study published on Thursday, researchers studied six white dwarfs whose strong gravitational pull had sucked in shredded remnants of planets and other rocky bodies that had been in orbit. This material, they found, was very much like that present in rocky planets such as Earth and Mars in our solar system.

Given that Earth harbors an abundance of life, the findings offer the latest tantalizing evidence that planets similarly capable of hosting life exist in large numbers beyond our solar system.

“The more we find commonalities between planets made in our solar system and those around other stars, the more the odds are enhanced that the Earth is not unusual,” said Edward Young, a geochemistry and cosmochemistry professor at the University of California, Los Angeles (UCLA), who helped lead the study published in the journal Science. “The more Earth-like planets, the greater the odds for life as we understand it.”

The first planets beyond our solar system, called exoplanets, were spotted in the 1990s, but it has been tough for scientists to determine their composition. Studying white dwarfs offered a new avenue.

A white dwarf is the burned-out core of a sun-like star. In its death throes, the star blows off its outer layer and the rest collapses, forming an extremely dense and relatively small entity that represents one of the universe’s densest forms of matter, exceeded only by neutron stars and black holes.

Planets and other objects that once orbited it can be ejected into interstellar space. But if they stray near its immense gravitation field, they “will be shredded into dust, and that dust will begin to fall onto the star and sink out of sight,” said study lead author Alexandra Doyle, a UCLA graduate student in geochemistry and astrochemistry.

“This is where that ‘autopsy’ idea comes from,” Doyle added, noting that by observing the elements from the massacred planets and other objects inside the white dwarf scientists can understand their composition.

“Rocks are rocks, even when they form around other stars,” Young said.

The closest of the six white dwarf stars is about 200 light-years from Earth. The farthest is about 665 light-years away. 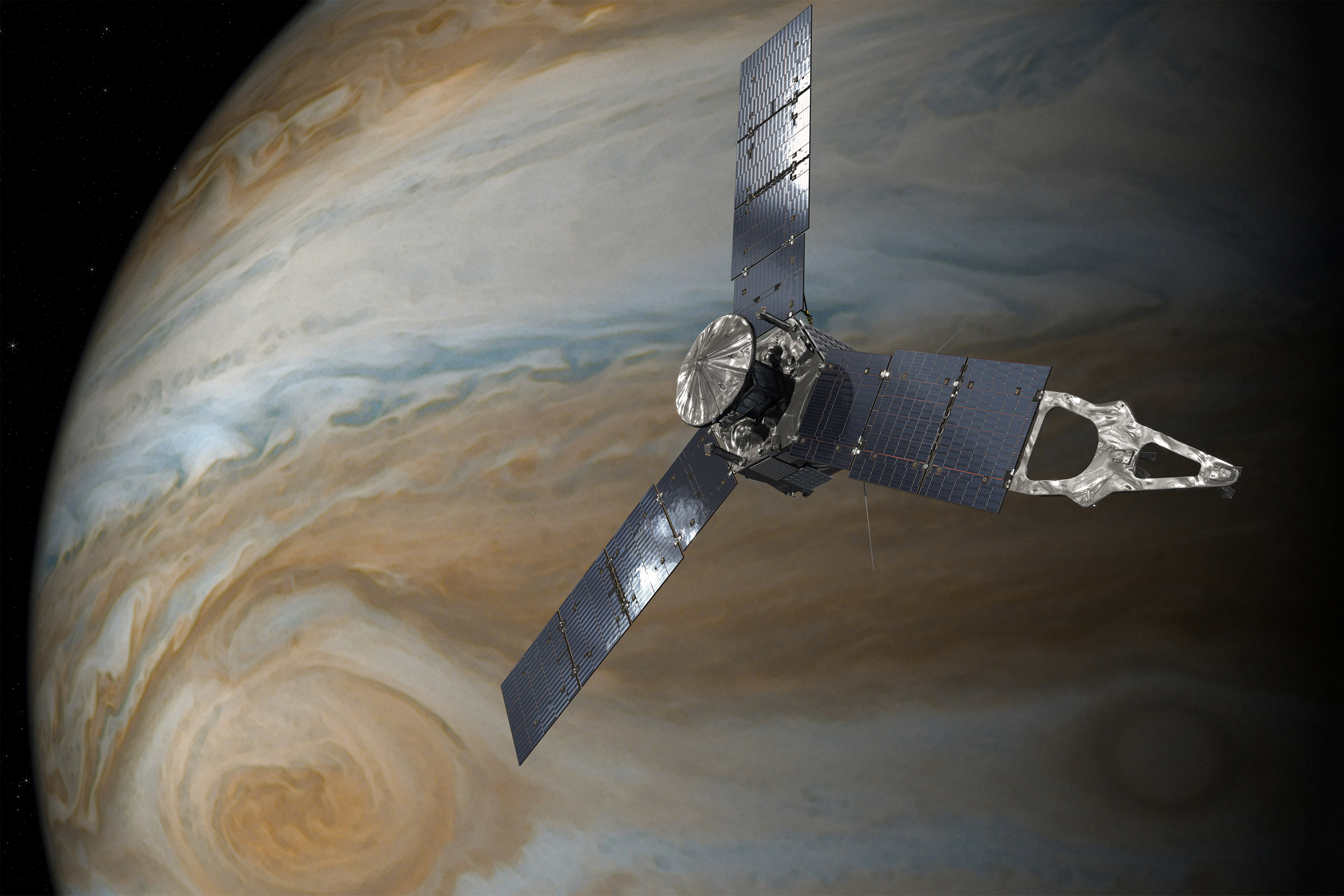 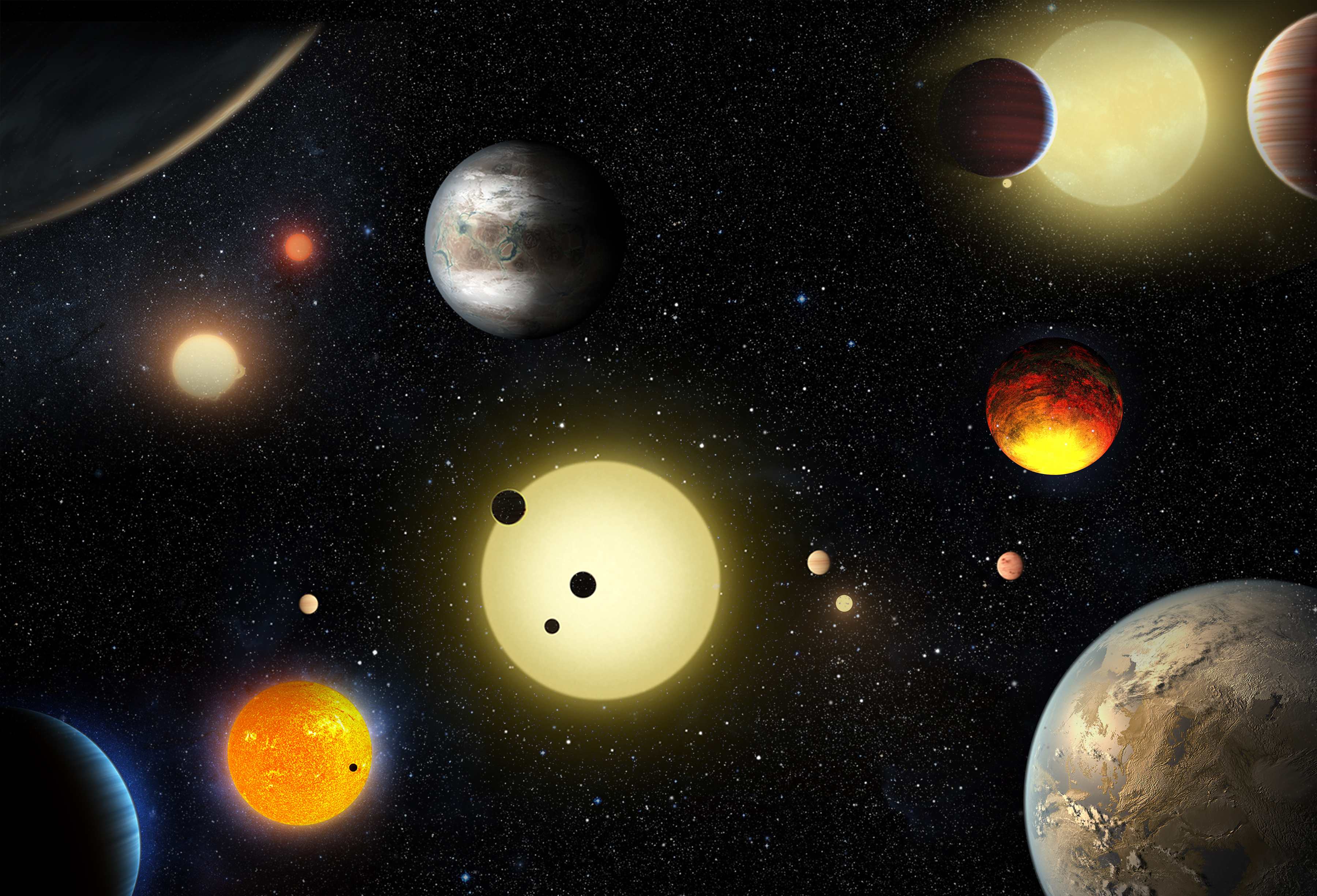 CAPE CANAVERAL, Fla. (Reuters) – Astronomers have discovered 1,284 more planets beyond our solar system, with nine possibly in orbits suitable for surface water that could bolster the prospects of supporting life, scientists said on Tuesday.

The announcement brings the total number of confirmed planets outside the solar system to 3,264. Called exoplanets, the bulk were detected by NASA’s Kepler space telescope, which searched for habitable planets like Earth.

The new planets were identified during Kepler’s four-year primary mission, which ended in 2013, and previously had been considered planet-candidates.

Scientists announcing the largest single finding of planets to date used a new analysis technique that applied statistical models to confirm the batch as planets, while ruling out scenarios that could falsely appear to be orbiting planets.

“We now know there could be more planets than stars,” Paul Hertz, NASA’s astrophysics division director, said in a news release. “This knowledge informs the future missions that are needed to take us ever closer to finding out whether we are alone in the universe.”

Of the new planets, nearly 550 could be rocky like Earth, NASA said. Nine planets are the right distance from a star to support temperatures at which water could pool. The discovery brings to 21 the total number of known planets with such conditions, which could permit life.

Kepler looked for slight changes in the amount of light coming from about 150,000 target stars. Some of the changes were caused by orbiting planets passing across, or transiting, the face of their host stars, relative to Kepler’s line of sight.

The phenomenon is identical to Monday’s transit of Mercury across the sun, as seen from Earth’s perspective.

The analysis technique, developed by Princeton University astronomer Tim Morton and colleagues, analyzed which changes in the amount of light are due to planets transiting and which are due to stars or other objects.

The team verified, with a more than 99 percent accuracy, that 1,284 candidates were indeed orbiting planets, Morton said.

NASA said that man’s concept of the galaxy was made woefully obsolete yesterday with the discovery of 715 newly discovered planets outside our solar system.

The Kepler telescope almost doubled the number of known planets in the universe.  NASA scientist Jack Lissauer said that many of the planets are in multiple grouping around stars making them similar to our galaxy.

Four of those planets orbit in what NASA scientists call a “habitable zone” and believe it’s a major step toward their desire to find “Earth 2.0.”   However, the scientists admitted because the planets are twice the size of Earth, they’re likely gas giants that cannot harbor life.

The Kepler telescope has suffered damage and NASA officials say it’s unlikely they will discover more planets in the same time frame.