Pastor Jim and Lori Bakker dive into the book of Revelation and discuss new found discoveries revealing the parallels to the days we live in.
END_OF_DOCUMENT_TOKEN_TO_BE_REPLACED 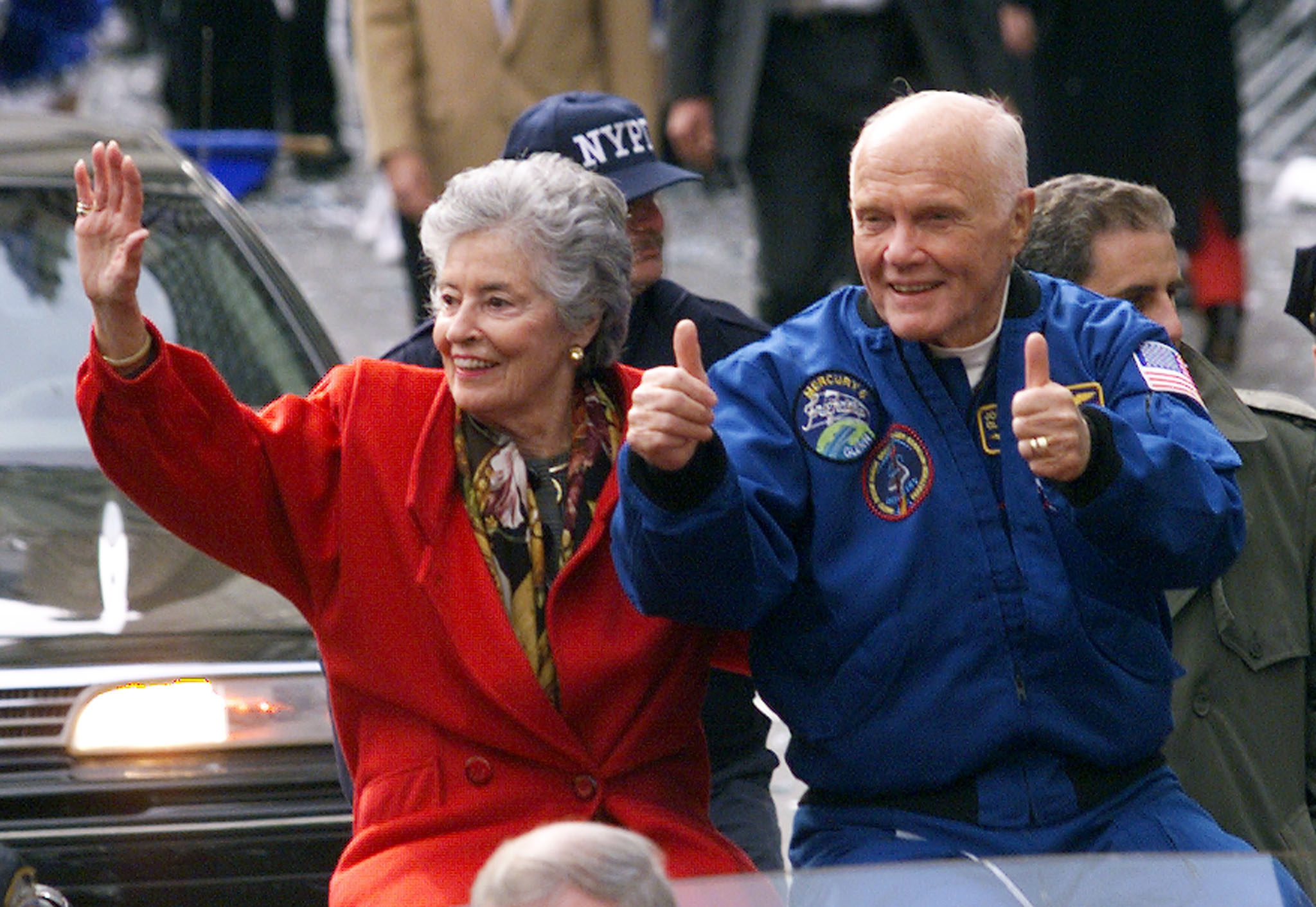 (Reuters) – John Glenn, who became one of the 20th century’s greatest explorers as the first American to orbit Earth and later as the world’s oldest astronaut, and also had a long career as a U.S. senator, died in Ohio on Thursday at age 95.

Glenn was credited with reviving U.S. pride after the Soviet Union’s early domination of manned space exploration. His three laps around the world in the Friendship 7 capsule on Feb. 20, 1962, forged a powerful link between the former fighter pilot and the Kennedy-era quest to explore outer space as a “New Frontier.”

President Barack Obama, who in 2012 awarded Glenn the nation’s highest civilian honor, the Presidential Medal of Freedom, said: “With John’s passing, our nation has lost an icon.” 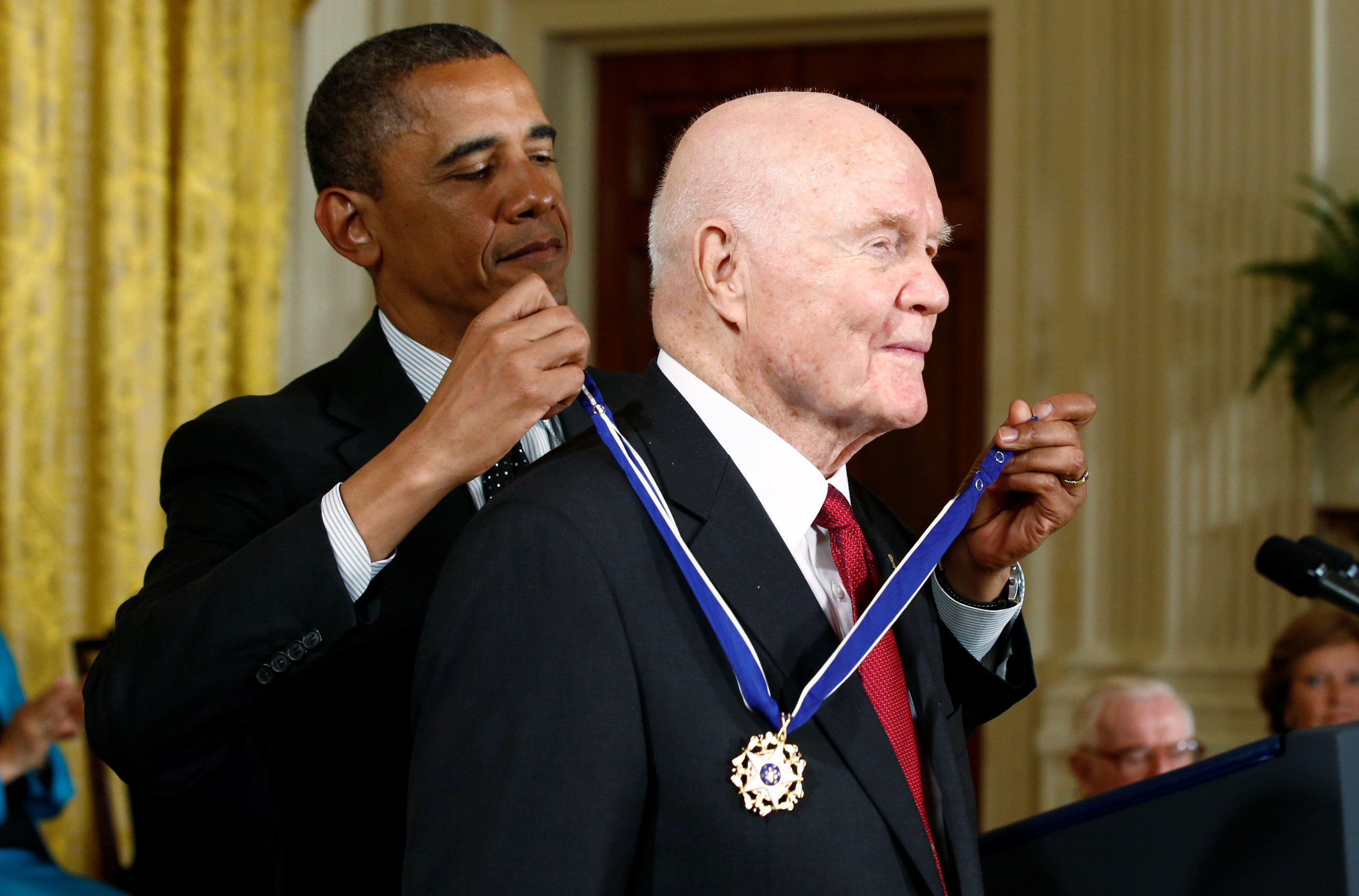 U.S. President Barack Obama awards a 2012 Presidential Medal of Freedom to astronaut and former U.S. Senator John Glenn during a ceremony in the East Room of the White House in Washington, May 29, 2012. REUTERS/Jason Reed

“When John Glenn blasted off from Cape Canaveral atop an Atlas rocket in 1962, he lifted the hopes of a nation,” Obama said in a statement. “And when his Friendship 7 spacecraft splashed down a few hours later, the first American to orbit the Earth reminded us that with courage and a spirit of discovery there’s no limit to the heights we can reach together.”

President-elect Donald Trump said on Twitter the United States had lost “a great pioneer of air and space in John Glenn. He was a hero and inspired generations of future explorers.”

As the third of seven astronauts in NASA’s solo-flight Mercury program to venture into space, Glenn became more of a media fixture than the others and was known for his composure and willingness to promote the program.

Glenn’s astronaut career, as well as his record as a fighter pilot in World War Two and the Korean War, helped propel him to the U.S. Senate in 1974, where he represented his home state of Ohio for 24 years as a moderate Democrat.

His star was dimmed somewhat by a Senate investigation of several senators on whether special favors were done for a major campaign contributor. He was cleared of wrongdoing.

Glenn’s entry into history came in early 1962 when fellow astronaut Scott Carpenter bade him “Godspeed, John Glenn” just before the Ohio native was rocketed into space for a record-breaking trip that would last just under five hours. 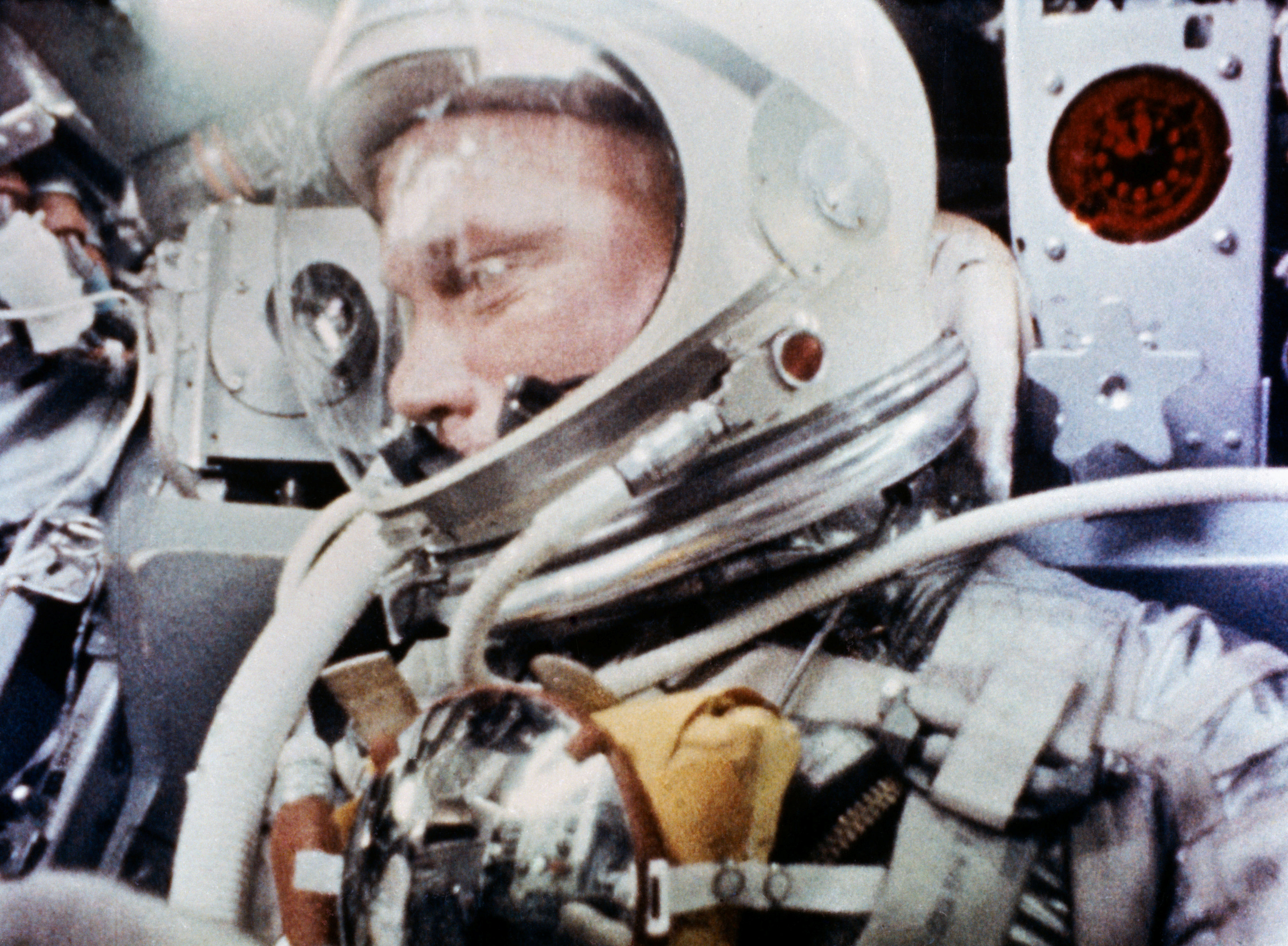 Astronaut John H. Glenn, Jr., is pictured during the Mercury-Atlas 6 spaceflight becoming the first American to orbit Earth, February 20, 1962, in this handout photo taken by a camera onboard the spacecraft, provided by NASA. REUTERS/NASA/Handout

“Zero-G (gravity) and I feel fine,” was Glenn’s succinct assessment of weightlessness several minutes into his mission. “Oh, and that view is tremendous.”

After splashdown and recovery in the Atlantic, Glenn was treated as a hero, addressing a joint session of Congress and feted in a New York ticker-tape parade.

Glenn had been hospitalized since Nov. 25. He “died peacefully,” according to a statement from his family and Ohio State University. “He left this earth for the third time as a happy and fulfilled person,” the statement said.

“Glenn’s extraordinary courage, intellect, patriotism and humanity were the hallmarks of a life of greatness. His missions have helped make possible everything our space program has since achieved and the human missions to an asteroid and Mars that we are striving toward now,” NASA Administrator Charles Bolden said.

Glenn’s experiences as a pioneer astronaut were chronicled in the book and movie “The Right Stuff,” along with the other Mercury pilots. The book’s author, Tom Wolfe, called Glenn “the last true national hero America has ever had.”

“I don’t think of myself that way,” Glenn told the New York Times in 2012 to mark the 50th anniversary of his flight. “I get up each day and have the same problems others have at my age. As far as trying to analyze all the attention I received, I will leave that to others.”

Glenn’s historic flight made him a favorite of President John F. Kennedy and his brother Robert, who encouraged him to launch a political career that finally took off after a period as a businessman made him a millionaire.

Even before his Mercury flight, Glenn qualified for hero status, earning six Distinguished Flying Crosses and flying more than 150 missions in World War Two and the Korean War.

After Korea, Glenn became a test pilot, setting a transcontinental speed record from Los Angeles to New York in 1957.

The determination and single-mindedness that marked Glenn’s military and space career did not save him from misjudgments and defeat in politics. He lost his first bid for the Senate from Ohio in 1970, after abandoning a race in 1964 because of a head injury suffered in a fall.

He was elected in 1974 and was briefly considered as a running mate for Democratic presidential candidate Jimmy Carter in 1980. But a ponderous address at the Democratic National Convention – people walked out – caused Carter to remark that Glenn was “the most boring man I ever met.”

Glenn sought the Democratic presidential nomination himself in 1984 but was quickly eliminated by eventual nominee Walter Mondale, Carter’s vice president. His failure was all the more stinging because he had been touted as an early front-runner.

In the Senate, Glenn was respected as a thoughtful moderate with expertise in defense and foreign policy. His luster was dulled, however, by a Senate investigation of the “Keating Five” – five senators suspected of doing favors for campaign contributor Charles Keating Jr. The panel eventually found Glenn did nothing improper or illegal.

He took a leading role in seeking to prevent the spread of nuclear weapons, especially to Pakistan. He was the author of a law that forced the United States to impose sanctions on India and Pakistan in 1998 after both countries conducted nuclear tests.

He also was a staunch advocate of a strong military and took a keen interest in strategic issues. He retired from the Senate in 1999.

Thirty-six years after his maiden space voyage, Glenn became America’s first geriatric astronaut on Oct. 29, 1998. He was 77 when he blasted off as a mission specialist aboard the shuttle Discovery. He saw it as a blow to the stereotyping of the elderly. 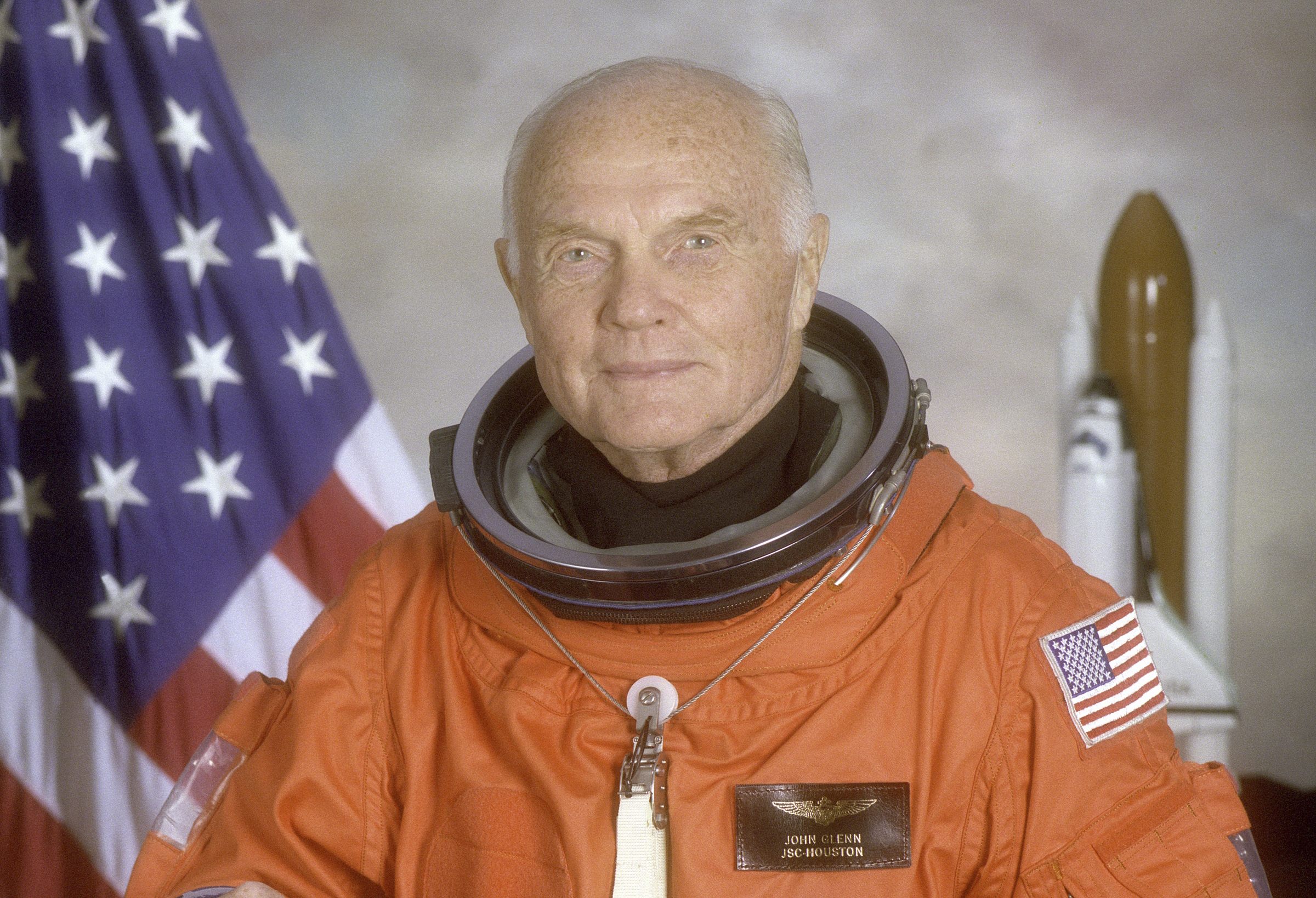 “Maybe prior to this flight, we were looked at as old geezers who ought to get out of the way,” Glenn said after his nine-day shuttle mission. “Just because you’re up in years some doesn’t mean you don’t have hopes and dreams and aspirations just as much as younger people do.”

In his latter years, he was an adjunct professor at the John Glenn College of Public Affairs.

He had a knee replacement operation in 2011 and heart surgery in 2014.

Glenn is survived by his wife of 73 years, his childhood sweetheart, Annie Castor. They had two children, David and Lyn.

(Reporting by Will Dunham in Washington; Additional reporting by Irene Klotz in Cape Canaveral, Fla., and Ben Klayman in Detroit; Editing by Bill Trott and Peter Cooney)

The world’s longest chain of volcanoes on a single continent has been discovered in Australia.

The 1,240 miles long chain spans most of eastern Australia from the north at the edge of the Great Barrier Reef to the island of Tasmania in the south.

“We realized that the same hotspot had caused volcanoes in the Whitsundays and the central Victoria region, and also some rare features in New South Wales, roughly halfway between them,” said Dr. Rhodri Daviesfrom the ANU Research School of Earth Sciences.

“The track is nearly three times the length of the famous Yellowstone hotspot track on the North American continent.”

The scientists used satellite images and NASA topography models which allowed them to discover how material usually found in a volcanic center tracked across the nation.  The team then visited new sites for potential new volcanoes to confirm their findings.

“This technique has already helped to uncover a lot more volcanoes in the area,” lead researcher and graduate student Julie Boyce told Live Science in an email. “As part of my ongoing research, I have found another 20 probable small eruption centers. I haven’t driven out to visit most of them yet, though.”

The scientist admitted that there have been no eruptions in the last 5,500 years but still consider the area an “active region” because of emissions of carbon dioxide indicating magma trying to come to the surface.

A group of Australian researchers were looking for lobster larvae.

Instead, they found a huge underwater volcano range they estimate to be millions of years old.

The four are calderas, bowl-shaped craters that happen when the land around an erupting volcano collapses.  The largest is just over half a mile wide and rises about 2300 feet above the ocean floor.

Professor Iain Suthers from the University of New South Wales told the London Guardian newspaper he was stunned by the discovery.

“My jaw just dropped,” Suthers told Guardian Australia. “I immediately said, ‘What are they doing there and why didn’t we know about them before?’ It really backs up the statement that we know more about the surface of the moon than our sea floor.”

“The voyage was enormously successful. Not only did we discover a cluster of volcanoes on Sydney’s doorstep, we were amazed to find that an eddy off Sydney was a hotspot for lobster larvae at a time of the year when we were not expecting them,” Professor Suthers said.

Suthers said that their research vessel can scan the ocean’s floor past their previous limit of 3,000 meters, meaning they can find more new structures off the Australian coast.

A team of researchers accidentally discovered what could be the oldest known copy of a gospel in existence.

The scientists were looking at a papyrus wrapped mummy mask when they discovered a piece of the Gospel of Mark.  The papyrus dates back to around 90 A.D., at least 10 years older than any previously found Biblical gospel text.

The Smithsonian said that the mummy mask for the average person turned into a mummy was recycled material like papyrus.  The classic image of ancient mummies with jewels and golden sarcophagi was only for the wealthy.

The research team will be using a method to unglue papyrus that will keep smearing the ink.

Evans said that the mummy mask’s text could show that the Gospel of Mark has been changed over time by multiple translations.

NASA said that man’s concept of the galaxy was made woefully obsolete yesterday with the discovery of 715 newly discovered planets outside our solar system.

The Kepler telescope almost doubled the number of known planets in the universe.  NASA scientist Jack Lissauer said that many of the planets are in multiple grouping around stars making them similar to our galaxy.

Four of those planets orbit in what NASA scientists call a “habitable zone” and believe it’s a major step toward their desire to find “Earth 2.0.”   However, the scientists admitted because the planets are twice the size of Earth, they’re likely gas giants that cannot harbor life.

The Kepler telescope has suffered damage and NASA officials say it’s unlikely they will discover more planets in the same time frame.