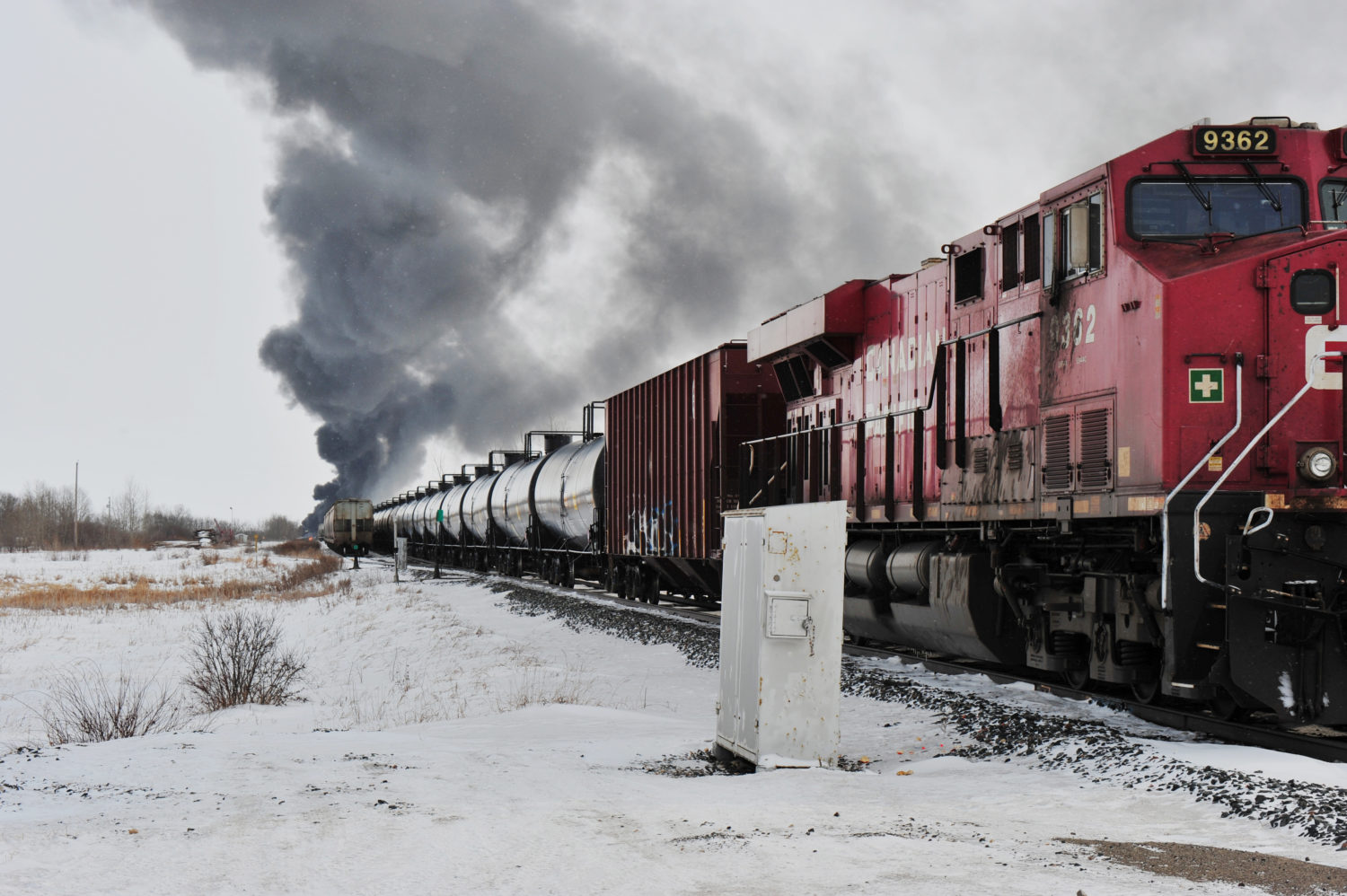 Trains carrying 20 or more cars with dangerous goods will be limited to 35 miles per hour (56 kph) in metropolitan areas and to 40 mph outside metropolitan areas with no track signals, Federal Transport Minister Marc Garneau said https://www.canada.ca/en/transport-canada/news/2020/02/minister-of-transport-updates-ministerial-order-to-reduce-the-risks-of-derailment-of-trains-transporting-dangerous-goods.html in a statement.

Last week, Garneau announced a temporary speed limit after a Canadian Pacific Railway train hauling oil derailed and caught on fire near Guernsey, Saskatchewan, the second such derailment in the area in two months.

For higher risk trains, including those with any combination of 80 or more cars containing dangerous goods, the speed limit will be 30 mph for urban areas and 25 mph for areas with no track signals, the statement added.

(Reporting by Mekhla Raina in Bengaluru; editing by Richard Pullin) 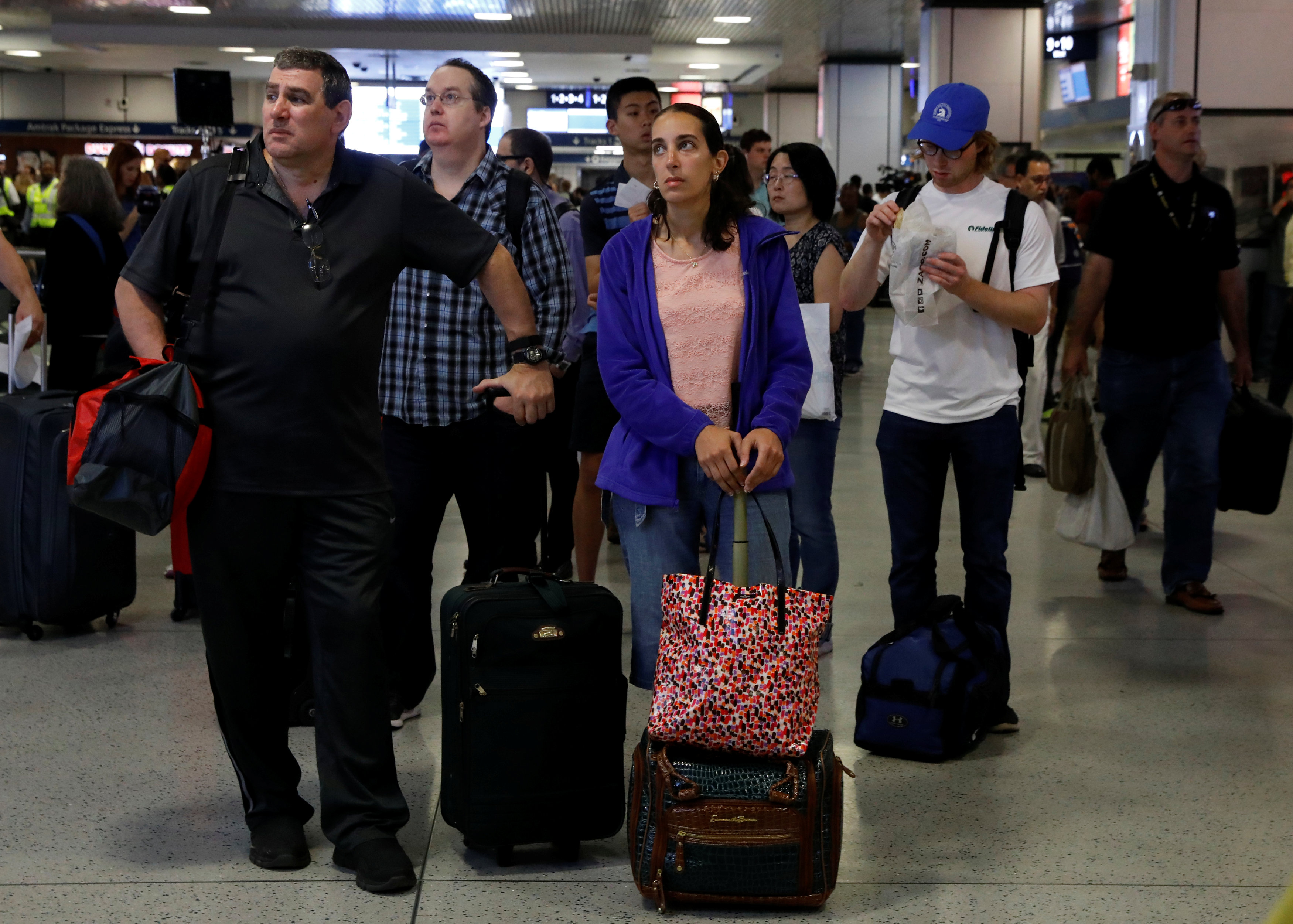 By Barbara Goldberg and Gabriella Borter

NEW YORK (Reuters) – New York City commuters endured the start to a “summer of hell” on Monday, when track repairs at the nation’s busiest rail hub caused rerouted trains, packed platforms and lengthy delays for tourists, financiers and the working class in the U.S. business capital.

Thousands of riders were funneled into chaotic train depots, but the more apocalyptic warnings proved overstated as other commuters sailed into midtown Manhattan with relative ease, in part because of a substantial public awareness campaign.

State Governor Andrew Cuomo had predicted the partial shutdown at New York’s Pennsylvania Station would cause a “summer of hell” for the 600,000 who ride the train in and out of the station beneath Madison Square Garden.

The national passenger rail corporation Amtrak and regional commuter train operators New Jersey Transit Corp and the Long Island Rail Road all converge on Penn Station. All three canceled some services, rerouted others, and warned travelers to expect delays throughout the duration of the repairs, which began on Monday and are scheduled to be done Sept. 1.

The upgrades created disruptions which are expected to cost Manhattan employers about $14.5 million for each hour that commuters are delayed, according to an estimate by the Partnership for New York City.

Rerouted trains dumped masses of passengers at transfer stations such as Hoboken, New Jersey, as many sought alternate routes into the city, including buses, ferries and cars.

“Compared to Europe, I feel like we’re living in the Third World,” said Mark Van Wagner, an artist and art dealer who takes the Long Island Rail Road from Bellport, New York.

The commuter crunch highlights lagging investment in U.S. infrastructure, and especially in New York City, which is dependent on mass transit.

Getting into the city had already been problematic for those who live in the suburbs and in some cases made worse by service interruptions in the city’s creaky subway system.

Even so, Amtrak reported most of its trains ran on time or close to it, and travelers heeded the increased public service announcements and Amtrak representatives who were posted in Penn Station.

While congestion and delays were evident at some points, those on unaffected trains reported a relatively smooth ride.

“I didn’t feel any change. I’ve been using LIRR for the past 11 years and it’s been good,” said Tamer Seoud, chief financial officer for the non-profit Lutheran Social Services of New York. 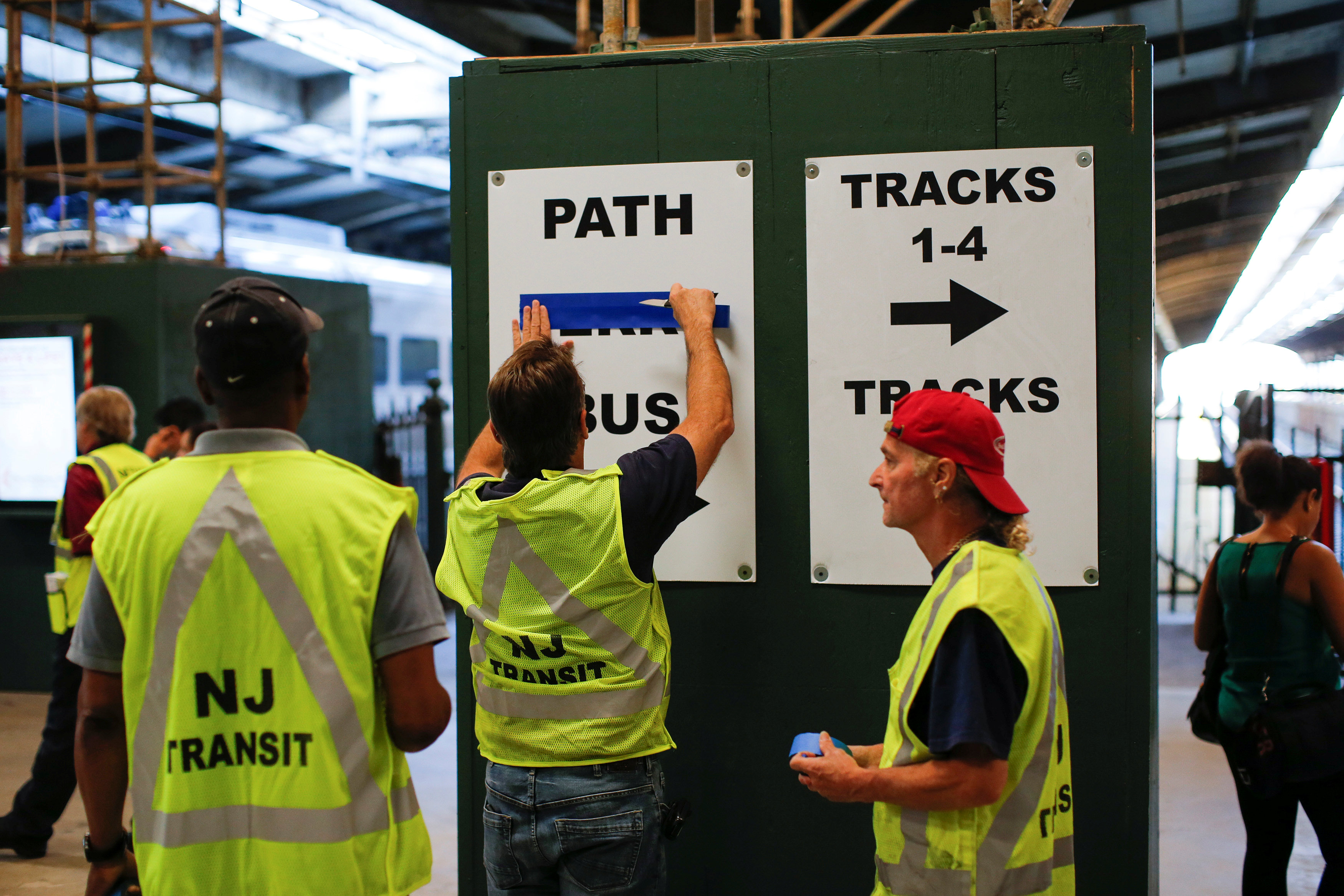 At Hoboken station, transit workers bellowed instructions such as “tickets out!” and “this way to 39th street ferry!”

“The plans we put into effect seemed to be working,” New Jersey Transit spokesman Charles Ingoglia said. “And most importantly, our customers seemed to have done their homework and made their choices quickly this morning and got about their business.”

Social media users made a meme of the summer of hell, with J.H. Swanson (@jh_swanson) predicting it would be followed by the “autumn of purgatory.” 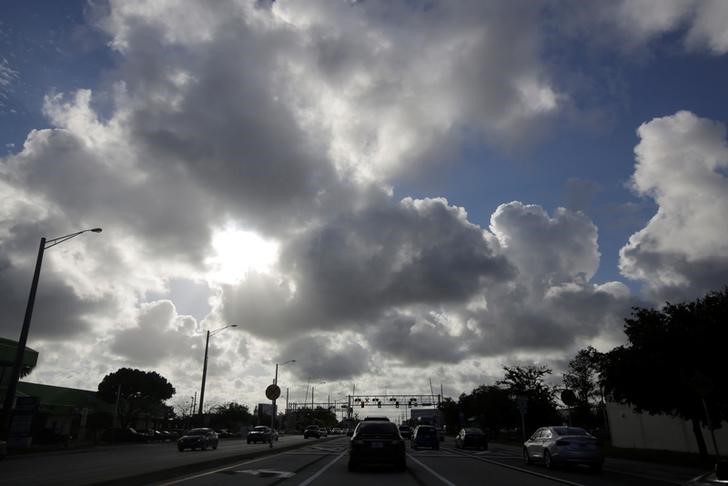