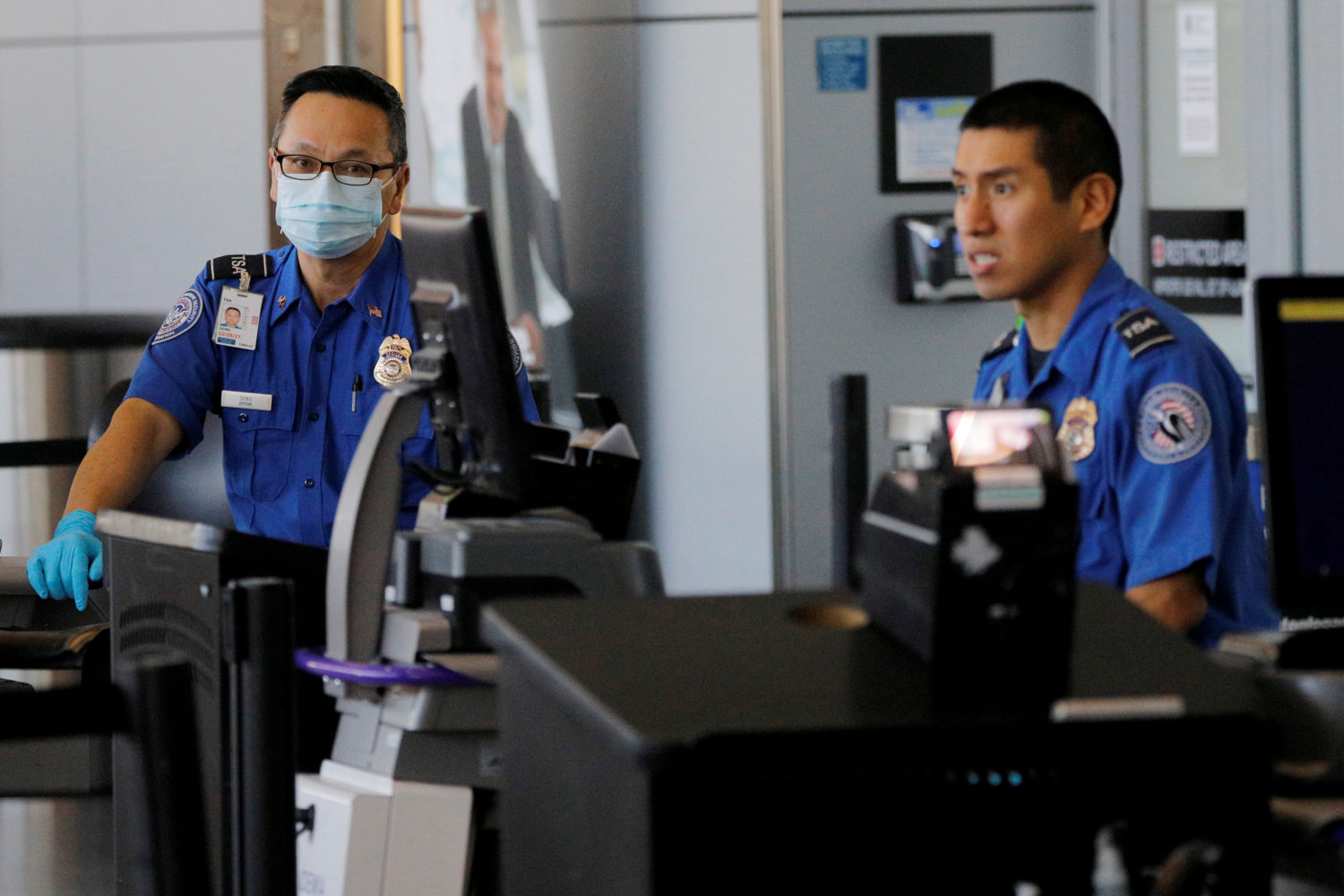 By Ted Hesson and David Shepardson

WASHINGTON (Reuters) – The lead U.S. airport security agency is weighing the possibility of requiring masks or face coverings for passengers who pass through checkpoints, according to a U.S. official and two people familiar with the deliberations.

The move is part of a broader rethinking of how to limit the spread of the new coronavirus during air travel, an effort that could bring some of the most significant changes to the industry since the Sept. 11, 2001 attacks.

TSA officers are allowed to wear masks at checkpoints but not required to do so. The agency is considering such a requirement, sources said.

News of potential changes came as the Senate Commerce Committee was set to hold a hearing Wednesday on the state of the aviation industry.

The number of U.S. air travelers plunged by 95% in March as lockdowns went into effect across the country to limit the spread of COVID-19, the respiratory ailment caused by the new coronavirus. But with restrictions ending in some states, U.S. officials, airports and airlines are grappling with how air travel must change to operate more safely.

Everett Kelley, president of the American Federation of Government Employees, the country’s largest union for federal workers, said during an online discussion with Democratic lawmakers on Thursday that passengers should be encouraged to wear masks, calling it “a priority.”

TSA has been reviewing the legality of requiring passengers to wear them, as well as reviewing whether it would need to have masks available for passengers, but has not reached a final decision, according to a U.S. official and a source familiar with the matter.

An agency spokeswoman declined to comment on a mandate for passengers, calling it “speculative.”

Aside from masks, passengers will find other changes in place at airports.

Plexiglass barriers have been installed at TSA checkpoints in more than a dozen airports around the country to protect officers from infection, according to the agency.

Cleaning efforts will be stepped up, too.

Some U.S. airports and airlines are disinfecting surfaces with electrostatic sprayers, which create a quick-drying mist.

The most ambitious developments could be on the technology front to speed up passenger processing and limit interactions with security officers.

A technology rolled out in 2019 that allows TSA security officers to scan a traveler’s driver’s license or identity document to confirm its authenticity and check it against flight records could be positioned to allow passengers to insert their IDs themselves.

The agency has installed more than 500 of the “credential authentication” machines across the country and recently awarded French company Idemia $11 million for another 500 units, which will be deployed over the summer, according to the TSA.

The agency has been pushing ahead with more advanced checkpoint scanning equipment that creates 3-D images of the contents of a traveler’s bag. Since November, TSA has put nearly 100 such machines into place and continues toward a goal of 300 in total, a spokeswoman said.

(Reporting by Ted Hesson and David Shepardson in Washington; Editing by Cynthia Osterman) 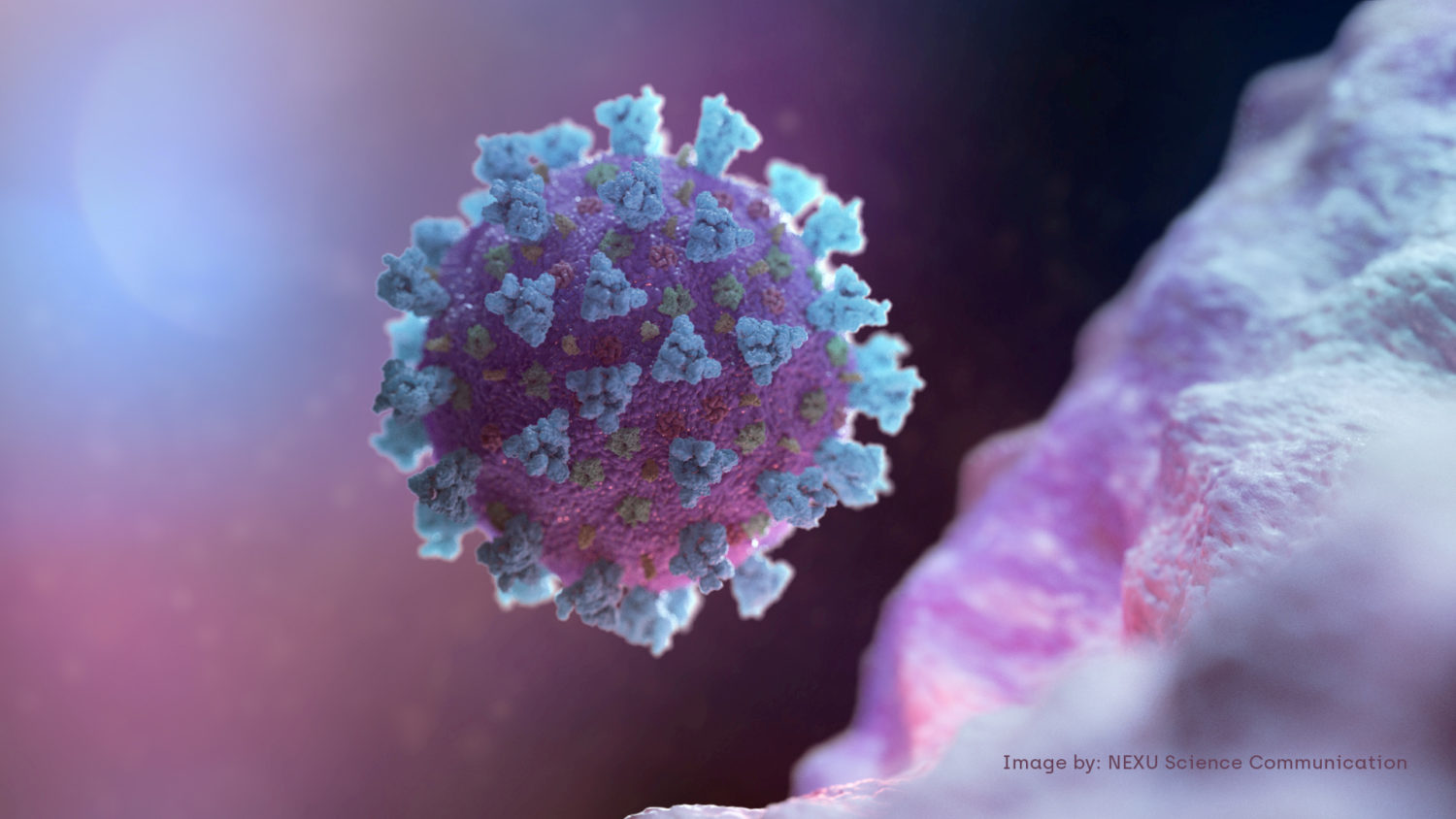 NEW YORK (Reuters) – Up to 20% of U.S. children infected by the novel coronavirus require hospitalization, with infants under age 1 most likely to be in that group, according to the government’s first in-depth analysis of the disease in the youngest patient population.

Compared with adults, children infected with the coronavirus are less likely to have symptoms and more likely to have a mild illness, the U.S. Centers for Disease Control and Prevention’s (CDC) analysis also found.

That confirms published studies from China, where the virus originated, suggesting the illness known as COVID-19 might be overlooked in children even as they are spreading it to adults.

Although children under age 18 make up 22% of the U.S. population, they accounted for only 1.7% of the 149,082 confirmed COVID-19 cases for which the patient’s age was known, researchers wrote in the CDC’s Morbidity and Mortality Weekly Report.

Up to 2% of infected children required intensive care unit admission, the analysis found.

The rates for children are significantly lower than for adults under age 65, up to a third of whom require hospitalization, with up to 4.5% needing intensive care.

CDC researchers emphasize the findings are still based on incomplete data, as most cases lacked information on disease symptoms, severity or patients’ underlying conditions.

Despite the limitations, the data show COVID-19 may be producing different symptoms in the young.

One child who tested positive for the disease had no symptoms at all. Three infected children have died.

More than 355,000 people in the United States have tested positive for the disease, with coronavirus-related deaths crossing the 10,000 mark on Monday.

The first pediatric case in the U.S. was reported to the CDC on March 2. 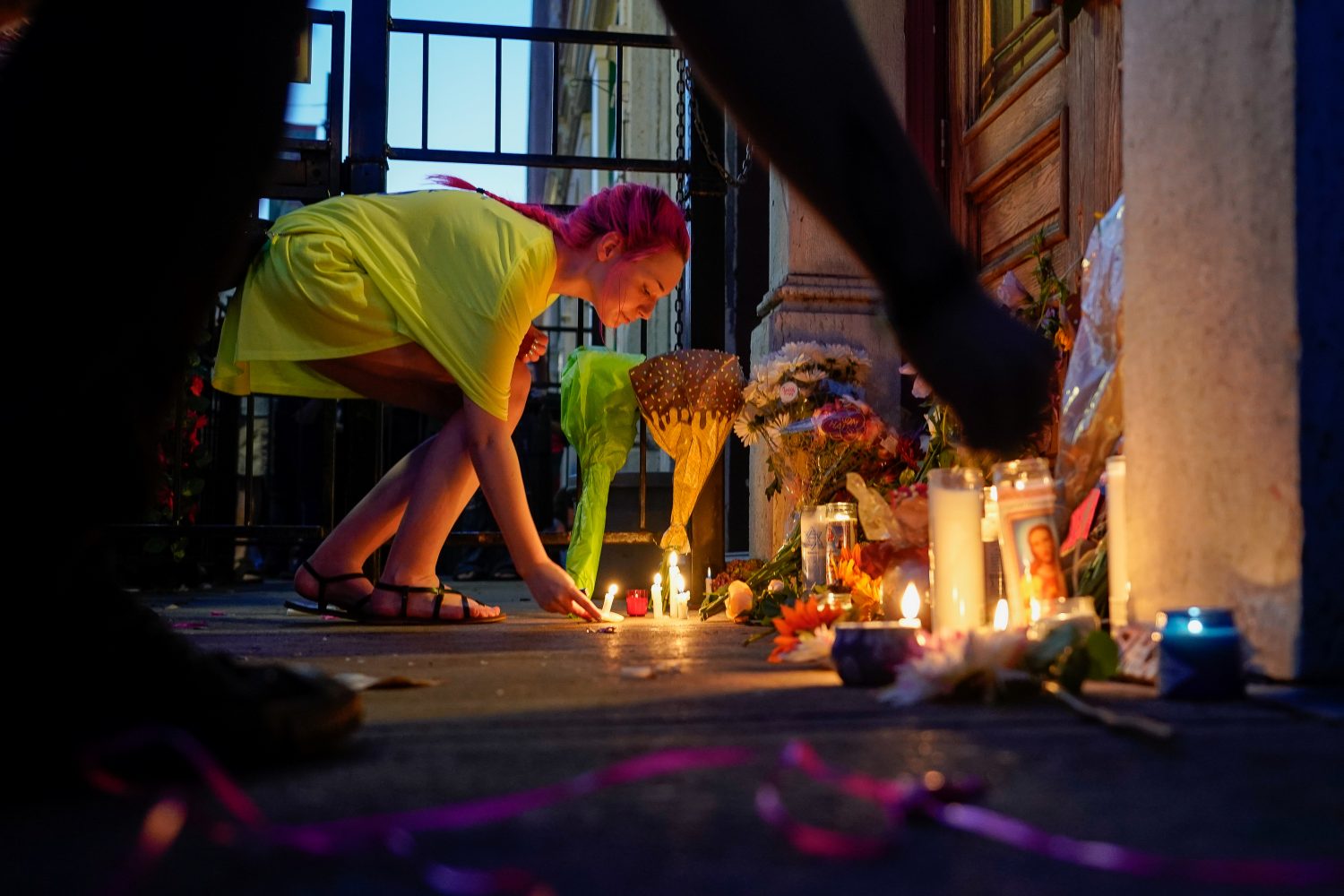 (Reuters) – The 24-year-old gunman who killed nine people in a rampage in Dayton, Ohio had a troubled past, including threatening fellow students in high school, authorities said, but police said it was too soon to establish a motive for the slaughter.

The gunman, wielding an assault-style rifle and wearing body armor and a mask, inflicted carnage on a neighborhood known for its night life.

Police identified the shooter as Connor Betts, 24, of Bellbrook, Ohio, a Dayton suburb. He was the third young man to take a rifle and go on a public killing spree in the United States within a span of a week, unleashing fresh alarm at the national crisis of mass shootings.

The slaughter in Dayton began at around 1 a.m. on Sunday in the city’s Oregon District and ended very rapidly when police who were nearby moved in and shot him dead. Those killed included Betts’ sister, and least 27 people were wounded.

“We are very, very early in this investigation,” Dayton Police Chief Richard Biehl told a news conference on Sunday. “Any suggestion at this time of motive would be irresponsible.”

“We do not have sufficient information to answer the question everyone wants to know, ‘Why?'” Agents from the Federal Bureau of Investigation are helping police.

Betts had been troubled in high school, at one point drawing up a “hit list” of students he wanted to kill or otherwise harm, authorities said.

He also had a history of threatening women who spurned his advances, CNN reported. News media reported that at one point in high school he was taken off a school bus by police.

Apart from his high school troubles, Betts had been issued tickets for speeding and other minor traffic offenses, police said.

He had been studying psychology at a community college and working at a Chipotle restaurant. In an online profile, Betts reportedly described himself as “Good under pressure. Fast learner. Eager to overachieve.”

Nothing in Betts’ record precluded him from purchasing the assault-style weapon, which had been modified since it was sold, the police chief said.

The rifle was fitted with an extended drum magazine that could hold 100 rounds. The gun was bought legally online from a dealer in Texas and shipped to a local firearms dealer, police said.

Betts’ sister Megan Betts, 22, was one of the first to be killed. Biehl said the siblings had arrived in the same vehicle with a third person earlier in the evening but separated before the rampage.

The companion was wounded in the shooting, police said.

The shooting in Dayton, a riverfront city of about 140,000 people in southwestern Ohio, took place just 13 hours after a mass shooting at a Walmart store in El Paso, Texas, where 20 people were killed and 26 others wounded. The 21-year-old suspect in that shooting was arrested.

Responding to the attacks, U.S. President Donald Trump called on lawmakers to pass new background checks laws for buying guns, and suggested any such legislation might also include greater restrictions on immigration.

“We must have something good, if not GREAT, come out of these two tragic events!” he wrote on Twitter on Monday morning ahead of planned remarks on the subject.

Those killed in Dayton were four women and five men and ranged in age from 22 to 57, authorities said. Six of the nine were African-American.

“There isn’t much discrimination in the shooting,” Assistant Police Chief Matt Carper told reporters. “It happened in a very short period of time.”

One of those killed, Nicholas Cumer, was a week shy of completing his internship at Maple Tree Cancer Alliance, a non-profit patient care center in Dayton.

The center said in a statement it had offered Cumer a full-time job last week. “He loved his patients and served them well, with a loving and caring spirit,” the statement said. Two of his colleagues were also shot and expected to make a full recovery. 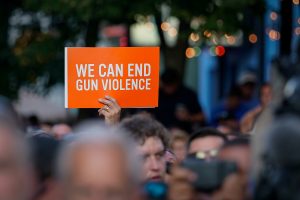 A vigil attendee holds a sign during a vigil at the scene of a mass shooting in Dayton, Ohio, U.S. August 4, 2019. REUTERS/Bryan Woolston

Lois Oglesby, a nursing student with a newborn child and a young daughter, was also killed, the Atlanta Journal-Constitution reported.

Biehl said Betts’ parents were having a tough time. “This is a nightmare for them and I think they are struggling as I think you can understand,” he said at the news conference.

Of the 27 people injured, four remained in serious condition and one person in critical, medical authorities said.

The Ohio shooting came seven days after a teenager killed three people with an assault rifle at a food festival in Northern California before taking his own life.