Pastor Jim & Lori Bakker welcome John Shorey as they discuss The Window of the Lord’s Return for Day 6 on The Jim Bakker Show. 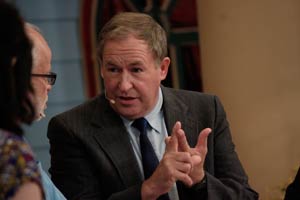 Revelation 13:5 NIV The beast was given a mouth to utter proud words and blasphemies and to exercise its authority for forty-two months. 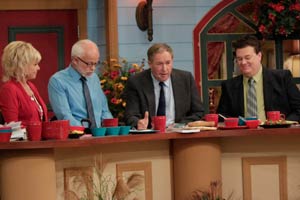 Revelation 13:7 NIV It was given power to wage war against God’s holy people and to conquer them. And it was given authority over every tribe, people, language and nation. 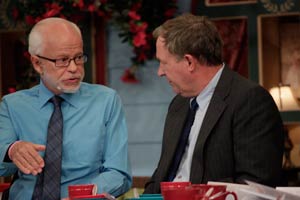 Daniel 7:13 NIV  “In my vision at night I looked, and there before me was one like a son of man, coming with the clouds of heaven. He approached the Ancient of Days and was led into his presence.

Matthew 24:31 NIV And he will send his angels with a loud trumpet call, and they will gather his elect from the four winds, from one end of the heavens to the other.

I Thessalonians 4:17 NIV After that, we who are still alive and are left will be caught up together with them in the clouds to meet the Lord in the air. And so we will be with the Lord forever.

Daniel 7:20-21 NIV I also wanted to know about the ten horns on its head and about the other horn that came up, before which three of them fell—the horn that looked more imposing than the others and that had eyes and a mouth that spoke boastfully.As I watched, this horn was waging war against the holy people and defeating them,

Daniel 7:22 NIV until the Ancient of Days came and pronounced judgment in favor of the holy people of the Most High, and the time came when they possessed the kingdom.

Daniel 7:25 NIV He will speak against the Most High and oppress his holy people and try to change the set times and the laws. The holy people will be delivered into his hands for a time, times and half a time.

Daniel 12:5-6 NIV Then I, Daniel, looked, and there before me stood two others, one on this bank of the river and one on the opposite bank.One of them said to the man clothed in linen, who was above the waters of the river, “Ho

Daniel 12:1-2 NIV “At that time Michael, the great prince who protects your people, will arise. There will be a time of distress such as has not happened from the beginning of nations until then. But at that time your people—everyone whose name is found written in the book —will be delivered.Multitudes who sleep in the dust of the earth will awake: some to everlasting life, others to shame and everlasting contempt.

Daniel 12:8-11 NIV I heard, but I did not understand. So I asked, “My lord, what will the outcome of all this be?” He replied, “Go your way, Daniel, because the words are rolled up and sealed until the time of the end.Many will be purified, made spotless and refined, but the wicked will continue to be wicked. None of the wicked will understand, but those who are wise will understand. “From the time that the daily sacrifice is abolished and the abomination that causes desolation is set up, there will be 1,290 days.

Luke 23:14 KJV  Said unto them, Ye have brought this man unto me, as one that perverteth the people: and, behold, I, having examined him before you, have found no fault in this man touching those things whereof ye accuse him:

John 3:16 KJV  For God so loved the world, that he gave his only begotten Son, that whosoever believeth in him should not perish, but have everlasting life.

Revelation 4:1 KJV After this I looked, and, behold, a door was opened in heaven: and the first voice which I heard was as it were of a trumpet talking with me; which said, Come up hither, and I will shew thee things which must be hereafter.