Who’s On The Lord’s Side 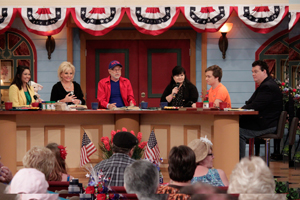 “Deadlines bring out destiny, because impossible deadlines prove what the fiber of the people [is].” -Pastor Jim Bakker 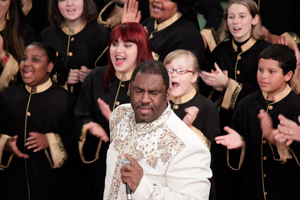 “God’s got a dream inside of you. Write it down. Let it happen.” – Pastor Jim Bakker 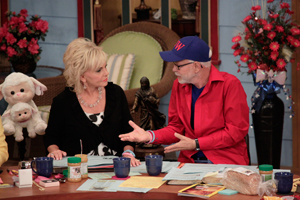 Pastor Jim began by announcing that his daughter Tammy Sue Bakker finally made the big move in relocating to Morningside. In other happy news, he told the audience that the opening of the new generationNOW broadcast center was only days away, and referred to the studio as “radical” in design and purpose.

He also gave updates on the status of construction of Lori’s House and the Old Mill Inn storage facility. Recognition was given to the new Master’s Media students who recently arrived at Morningside, and Pastor Jim assured that even more students would be coming in the future. He shared that an expansion of the girls’ dorms is underway to accommodate the increased number of female students and said, eventually, the male dorm will need an increase in size as well.

The Master’s Choir, led by Pastor Cedric Hayes, was on set to perform two songs, one of them entitled “Write the Vision” and based on the message found in Habakkuk 2:2. Prior to the performance, Pastor Jim commented that the mantle of Doris Akers has fallen on the shoulders of the choir director. He added that he never dreamed that of all the things God would restore to his ministry that the gospel choir would be part of them. Mrs. Akers led The Sky Pilot Choir for his show during the 1950s and ’60s and Pastor Jim said that he never found anyone who exhibited that same type of anointing until he met Pastor Hayes and saw the spirit in which he worked.

Tammy Sue noted that she had listened to the choir rehearsing before the show and said the Holy Spirit descended with great power in that rehearsal room. She told Mr. Hayes that the Lord’s anointing was heavily on him as evidenced by the results he has achieved with the choir, which consists of children, teens, young adults and the oldest member named Joan, who will soon be 80. The spirited, singing senior also teaches the drama class at the media school.

The Pastor, as in previous shows, announced the Bread of Life Club where members receive monthly loaves of his specially made Old Mill Inn Salba Bread in exchange for love gifts that go specifically toward keeping the school going, growing and expanding. Pastor Jim said God told him to raise up a network for the young generation and that vision ever rests at the forefront of his mind and mission.

Habakkuk 2:2 NKJV Then the Lord answered me and said: “Write the vision And make it plain on tablets, That he may run who reads it.

Luke 8:22 NIV One day Jesus said to his disciples, “Let us go over to the other side of the lake.” So they got into a boat and set out.