I’m Not an Orphan Anymore 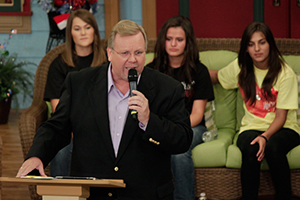 I Corinthians 2:9 KJV But as it is written, Eye hath not seen, nor ear heard, neither have entered into the heart of man, the things which God hath prepared for them that love him. 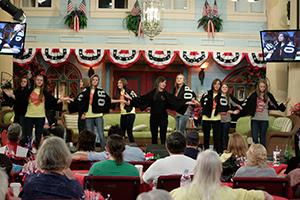 I Samuel 17 – David and Goliath 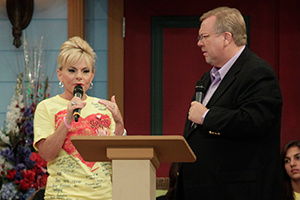 I Samuel 17:20 KJV And David rose up early in the morning, and left the sheep with a keeper, and took, and went, as Jesse had commanded him; and he came to the trench, as the host was going forth to the fight, and shouted for the battle.

I Samuel 17:17 KJV And Jesse said unto David his son, Take now for thy brethren an ephah of this parched corn, and these ten loaves, and run to the camp of thy brethren;

I Samuel 17:22 KJV And David left his carriage in the hand of the keeper of the carriage, and ran into the army, and came and saluted his brethren.

I Samuel 17:24 KJV And all the men of Israel, when they saw the man, fled from him, and were sore afraid.

Romans 8:31 KJV What shall we then say to these things? If God be for us, who can be against us?

I Samuel 17:26 KJV And David spake to the men that stood by him, saying, What shall be done to the man that killeth this Philistine, and taketh away the reproach from Israel? for who is this uncircumcised Philistine, that he should defy the armies of the living God?

I Samuel 17:32 KJV  And David said to Saul, Let no man’s heart fail because of him; thy servant will go and fight with this Philistine.

I Samuel 17:39 KJV And David girded his sword upon his armour, and he assayed to go; for he had not proved it. And David said unto Saul, I cannot go with these; for I have not proved them. And David put them off him.

I Samuel 17: 36 KJV Thy servant slew both the lion and the bear: and this uncircumcised Philistine shall be as one of them, seeing he hath defied the armies of the living God.

I Samuel 17:44-46 KJV And the Philistine said to David, Come to me, and I will give thy flesh unto the fowls of the air, and to the beasts of the field. Then said David to the Philistine, Thou comest to me with a sword, and with a spear, and with a shield: but I come to thee in the name of the Lord of hosts, the God of the armies of Israel, whom thou hast defied. This day will the Lord deliver thee into mine hand; and I will smite thee, and take thine head from thee; and I will give the carcases of the host of the Philistines this day unto the fowls of the air, and to the wild beasts of the earth; that all the earth may know that there is a God in Israel.

I Samuel 18:7 KJV  And the women answered one another as they played, and said, Saul hath slain his thousands, and David his ten thousands.

I Samuel 26:9 KJV And David said to Abishai, Destroy him not: for who can stretch forth his hand against the Lord’s anointed, and be guiltless?

II Samuel 1:15 KJV And David called one of the young men, and said, Go near, and fall upon him. And he smote him that he died.

Psalm 130:3 KJV If thou, Lord, shouldest mark iniquities, O Lord, who shall stand?

Romans 3:23 KJV For all have sinned, and come short of the glory of God;

Proverbs 3:27 KJV Withhold not good from them to whom it is due, when it is in the power of thine hand to do it.