Pastor Jim & Lori Bakker welcome Rabbi Jonathan Cahn for Day 5 as they discuss The Mysteries of the Age on The Jim Bakker Show. 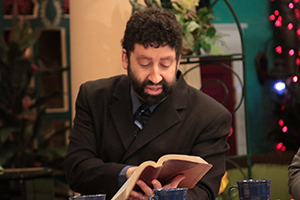 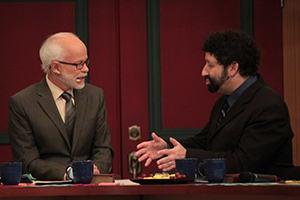 Esaias 9:10 Septuagint Bible – The Bricks are fallen down, but come, let us hew stones, and cut down sycamores and cedars, and let us build for ourselves a tower. 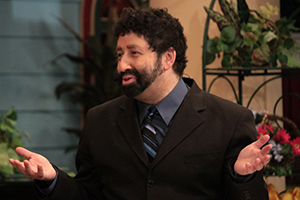 Genesis 11:4 KJV And they said, Go to, let us build us a city and a tower, whose top may reach unto heaven; and let us make us a name, lest we be scattered abroad upon the face of the whole earth.

Revelation 17-18 The Harlot of Revelation

Revelation 13:16-17 KJV  And he causeth all, both small and great, rich and poor, free and bond, to receive a mark in their right hand, or in their foreheads: And that no man might buy or sell, save he that had the mark, or the name of the beast, or the number of his name.

II Timothy 2:15 KJV Study to shew thyself approved unto God, a workman that needeth not to be ashamed, rightly dividing the word of truth.

Revelation 4:6 KJV And before the throne there was a sea of glass like unto crystal: and in the midst of the throne, and round about the throne, were four beasts full of eyes before and behind.

Proverbs 22:3 NCV The wise see danger ahead and avoid it, but fools keep going and get into trouble.