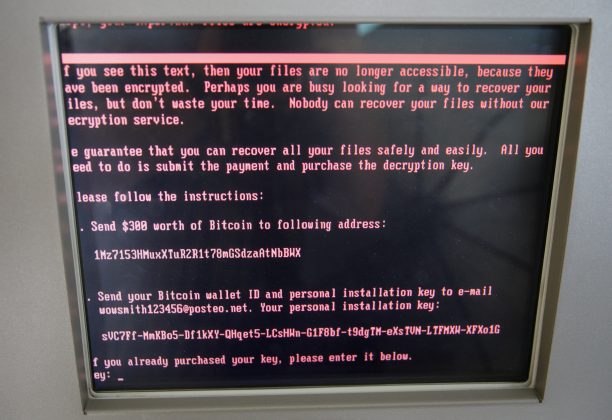 A message demanding money is seen on a monitor of a payment terminal at a branch of Ukraine's state-owned bank Oschadbank after Ukrainian institutions were hit by cyber attacks, in Kiev, Ukraine June 27, 2017. Picture taken June 27, 2017. REUTERS/Valentyn Ogirenko