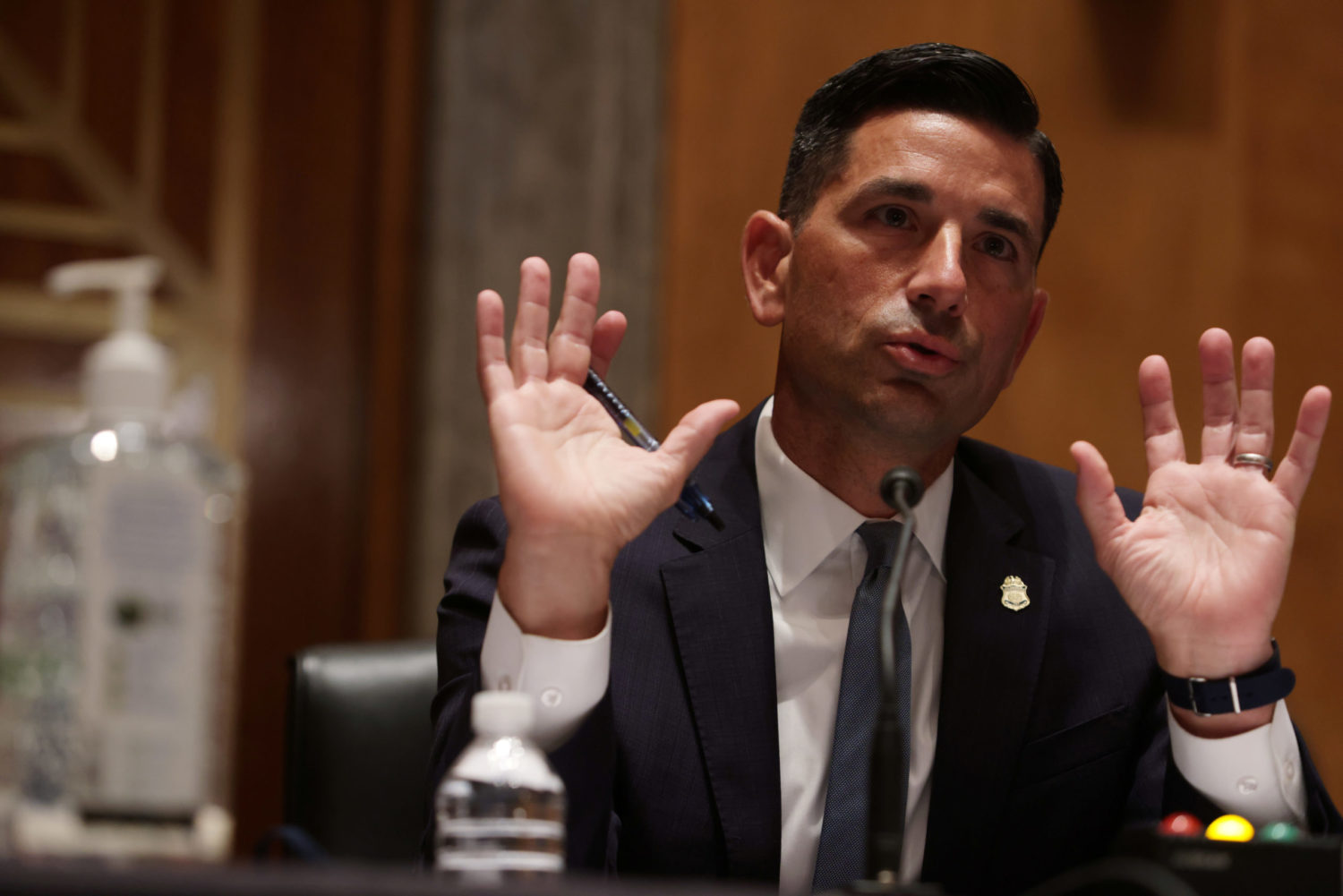 WASHINGTON (Reuters) – The U.S. Department of Homeland Security is reviewing “a number” of complaints that its agents used excessive force against anti-racism protesters in Portland, Oregon, though so far no one has been disciplined, the department’s acting head said on Thursday.

Acting Secretary Chad Wolf testified to the U.S. Senate Committee on Homeland Security and Governmental Affairs about the federal response to long-running protests in Portland, where state and city officials complained that the presence of federal officers inflamed protests.

He did not say how many complaints were being reviewed or provide any specifics of what had been alleged.

Largely peaceful protests have been held across the United States since the May 25 death of George Floyd, a Black man, while in Minneapolis police custody. Protests in cities, including Portland, have at times erupted into arson and violence, and federal officers sent into the Northwestern city have repeatedly clashed with crowds targeting the federal courthouse there.

Wolf denied that federal officers had cracked down on peaceful protesters, saying they had faced repeated overnight violence around a federal courthouse that became the focus of protests. Officers reported 277 injuries, he said.

“In no way are we doing anything on peaceful protests,” Wolf said.

He said that DHS believed there was “some coordination” between participants in Portland protests, who he said included “violent opportunists,” anarchists and members of the far-right Boogaloo movement, and he said Antifa activists had used online messaging to encourage violence. He said federal agencies had “very, very little” intelligence from inside the violent protest movement.

The House Intelligence Committee this week launched its own investigation into DHS’s intelligence office, including its actions in Portland, and its involvement in other anti-racism protests across the country.

(Reporting by Mark Hosenball in Washington; Editing by Scott Malone and Matthew Lewis) 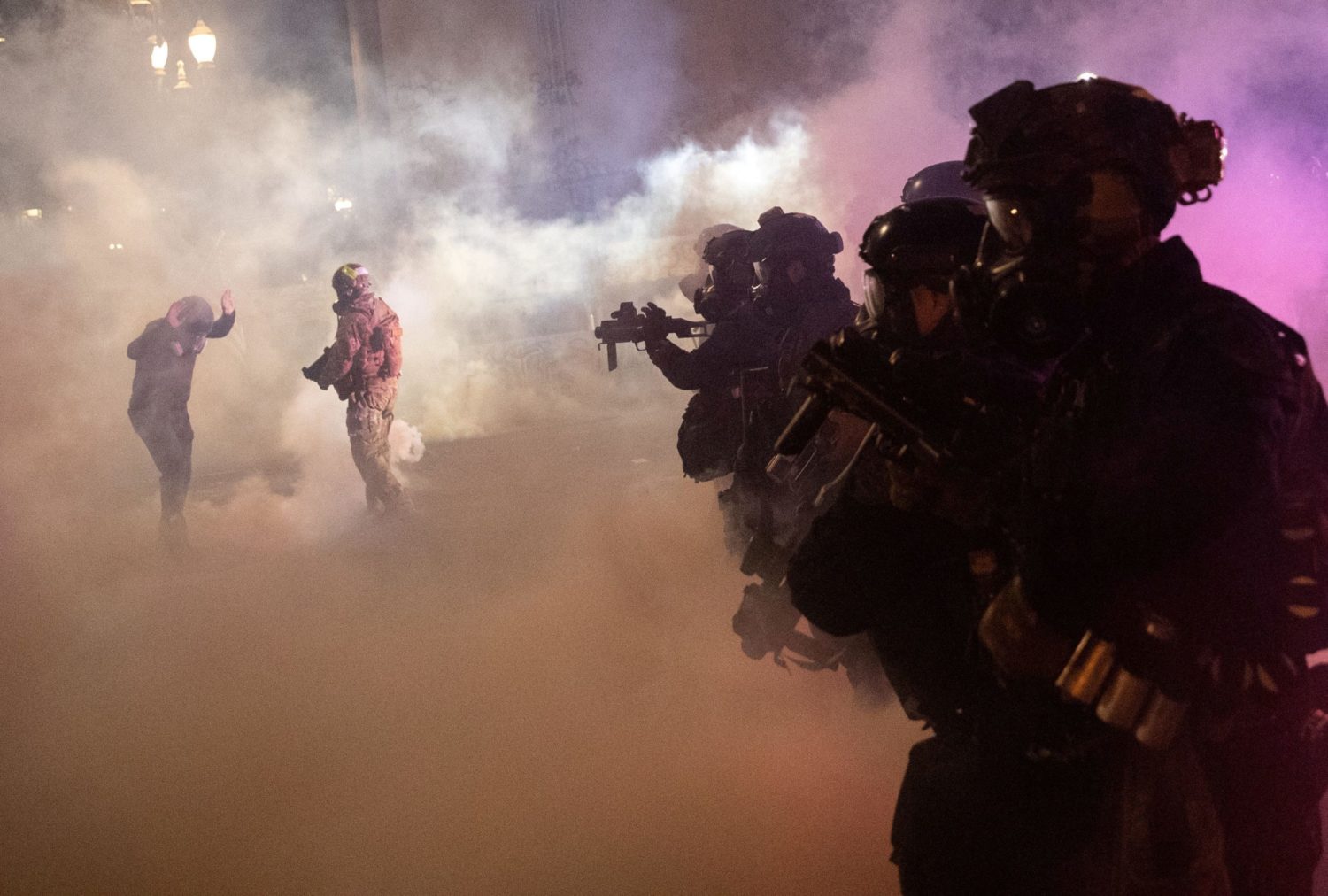 WASHINGTON (Reuters) – Acting U.S. Homeland Security Secretary Chad Wolf told Fox News on Friday that federal troops would remain in Portland until he was assured that the Oregon governor’s plan to handle daily protests was working, and said sending in the National Guard was still an option if the state did not handle the situation.

He said all the Department of Homeland Security “law enforcement officers that have been there over the past 60 days will remain there in Portland until we are assured that the plan that has been put in place by the governor and Oregon State Police will be effective night after night.”

Wolf said President Donald Trump had “continued to talk about” the option of sending the National Guard to the city. 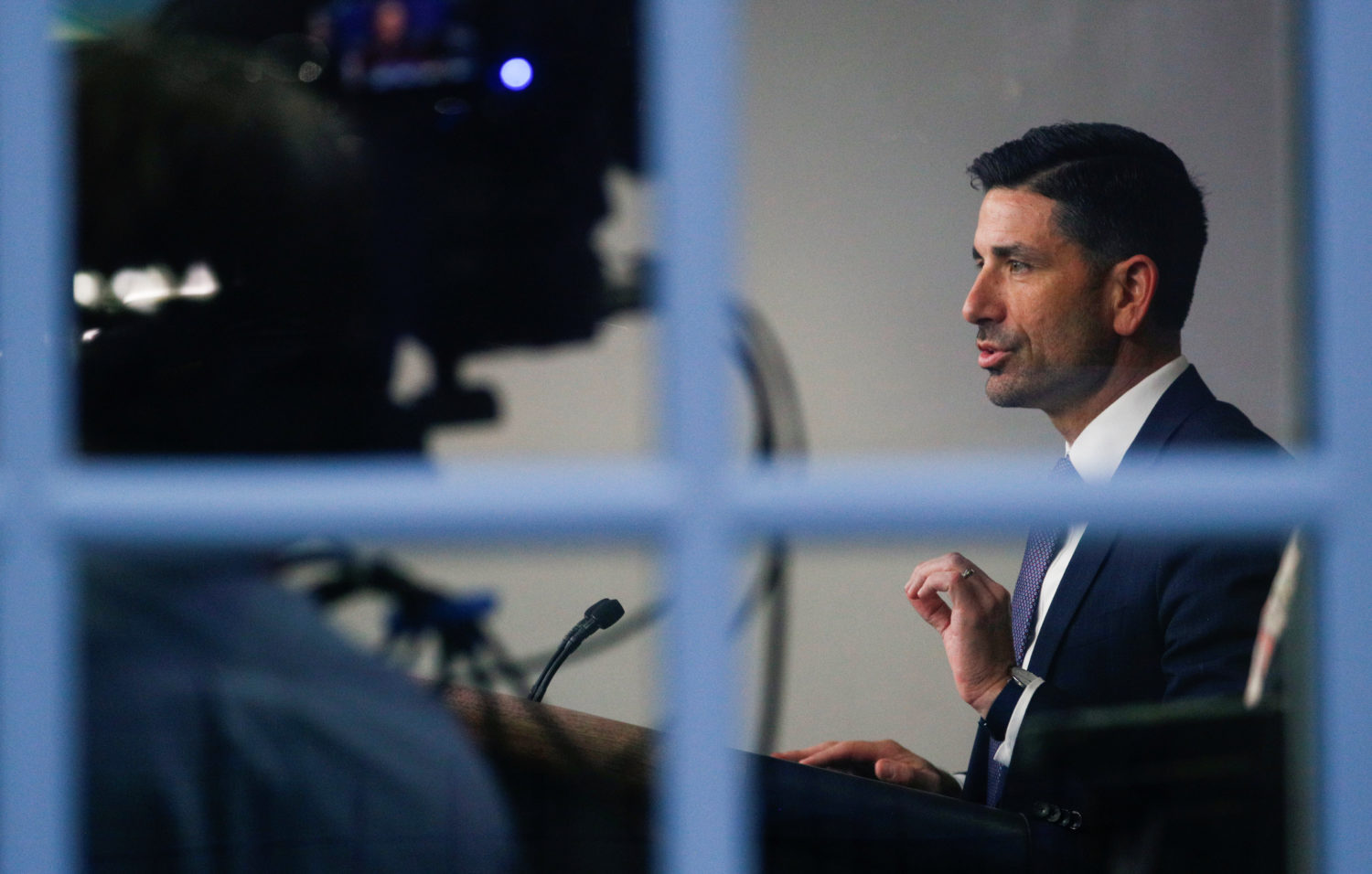 WASHINGTON (Reuters) – The Trump administration is doing “a great job” reopening the country after lockdowns to contain the novel coronavirus outbreak, Acting Homeland Security Secretary Chad Wolf said on Sunday, as infections continued to spike in some key states.

Wolf told NBC’s “Meet the Press” program that the White House coronavirus task force was continuing to meet daily and the Centers for Disease Control had issued guidance to states on how to flatten the curve, including use of face masks.

In a separate interview with CBS’s “Face the Nation,” Wolf said the White House task force was “on top of all of these outbreaks within state by state, county by county, whether it’s Arizona, Texas, Florida, a number of these states that are having hotspots.”

He said the Trump administration was surging medical equipment and staff, as well as individuals from the Department of Homeland Security, into areas that were seeing an uptick in infections, to better understand the causes of those outbreaks and support the state-led reopening efforts.

He defended President Donald Trump’s decision to hold an indoor campaign rally in Oklahoma, where infections have also been rising but many attendees did not wear face masks.

“The president’s rally is a state in a phase three reopening, and so activities like this are allowed,” Wolf said in the NBC interview, adding, “It’s also a personal choice that people are making on the face coverings.”