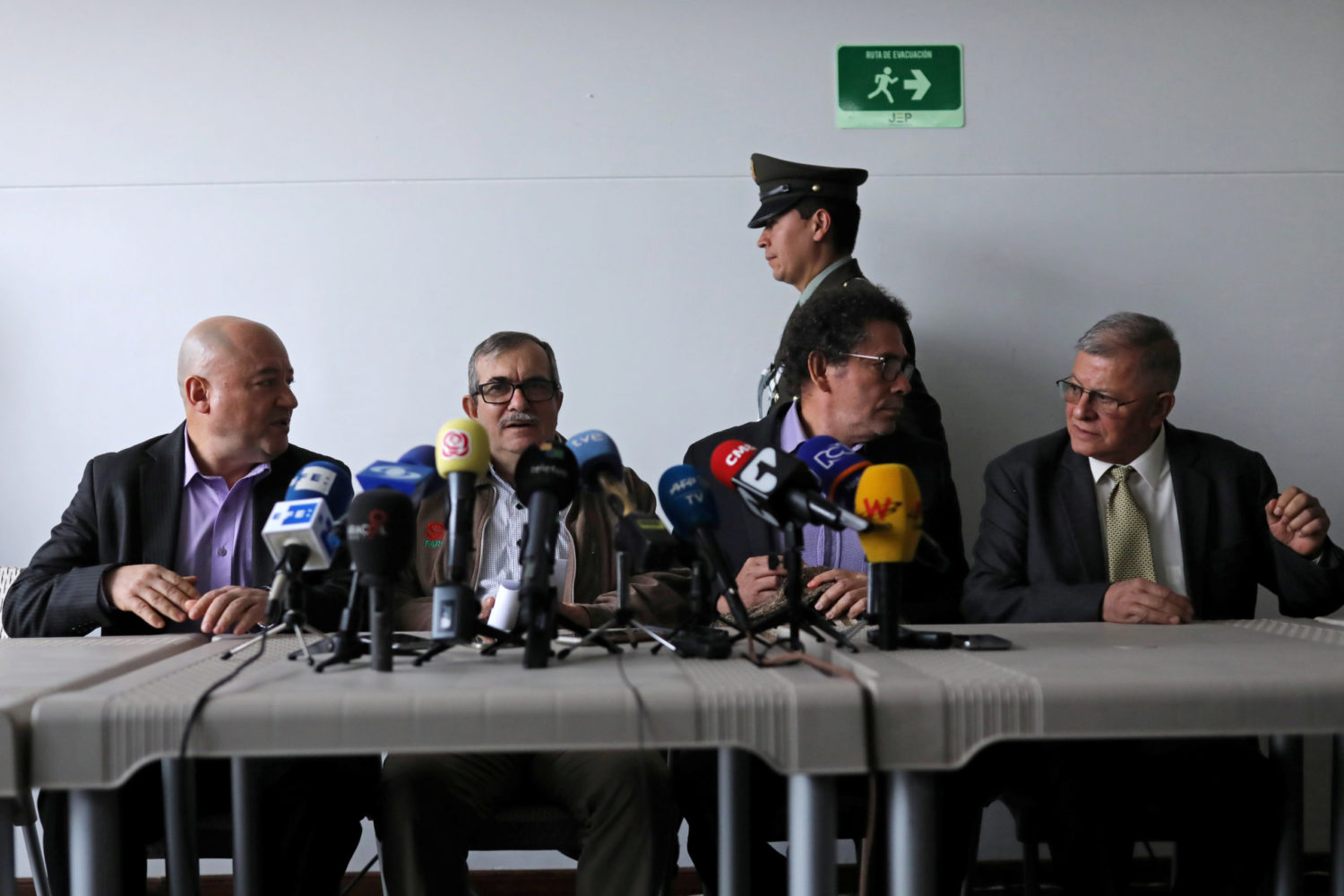 BOGOTA (Reuters) – Former commanders from Colombia’s demobilized FARC guerrillas on Thursday accepted accusations by a transitional justice court that they committed war crimes and crimes against humanity during the group’s 50-year war with the state.

The ruling in January by the Special Jurisdiction for Peace (JEP), created under the 2016 peace deal between the government and the rebels, was the first time the JEP attributed criminal responsibility for hostage-taking to former leaders of the Revolutionary Armed Forces of Colombia (FARC).

The former commanders were also accused of other war crimes connected with the treatment of kidnap victims, including murder and torture, among others.

“We recognize that during (the conflict) actions and conduct punishable in the eyes of international humanitarian law took place. Actions and conducts that have been individually and collectively recognized by the JEP, society in general, and in activities with victims,” a statement signed by six of the former rebel commanders and published on Twitter said.

The FARC used kidnappings for ransom to fund their war, while captured military or government personnel were used to pressure authorities into releasing jailed rebels, the JEP said last month.

By accepting the accusations, the former commanders could face restrictions on their freedoms for five to eight years.

If they had rejected them, the commanders would have faced up to 20 years in prison, per the terms of the peace deal.

The JEP can also prosecute military leaders for allegations of war crimes, in addition to the cases it handles related to former FARC members. 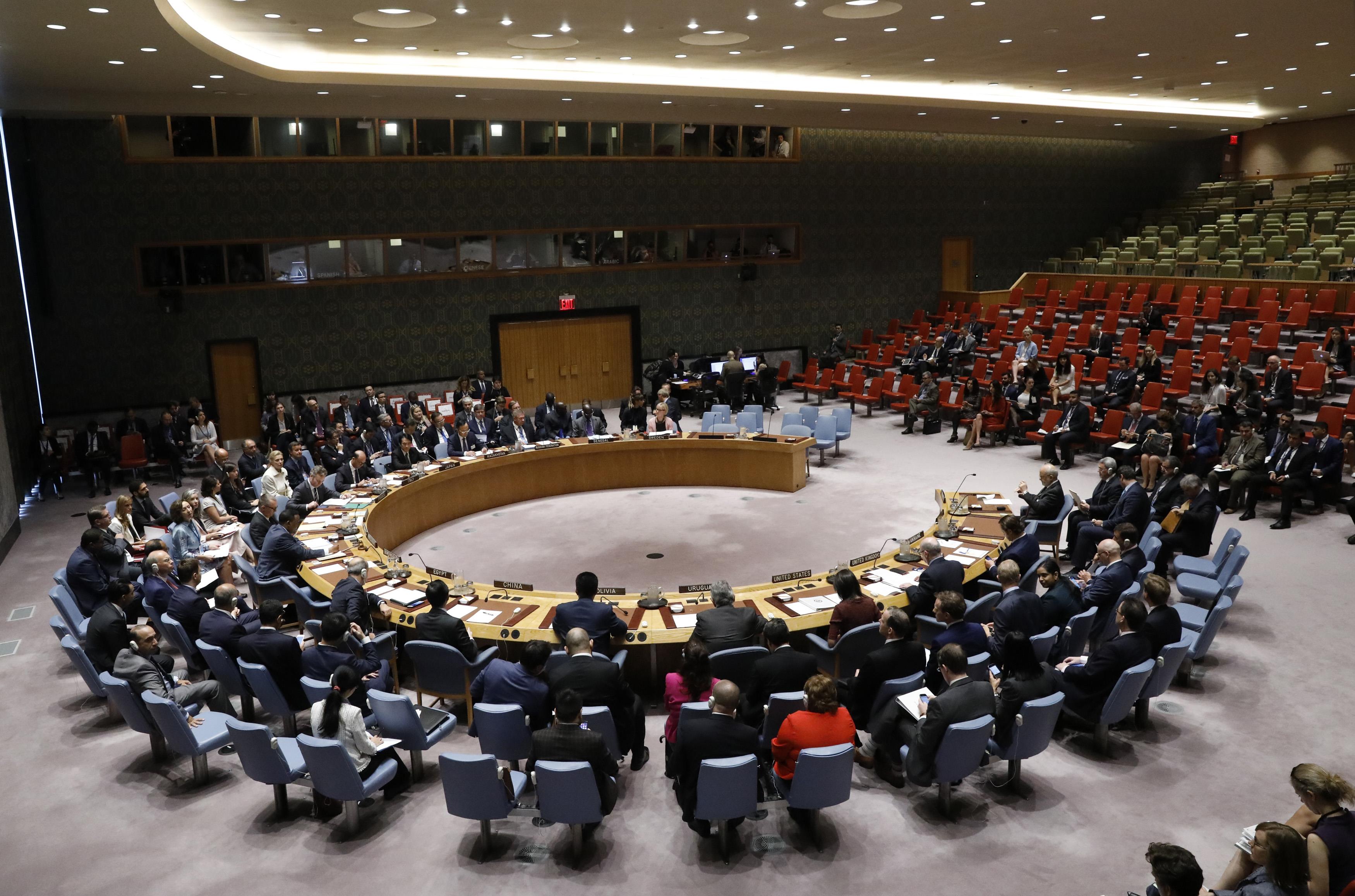 UNITED NATIONS (Reuters) – The United Nations Security Council on Thursday approved the creation of a U.N. investigative team to collect, preserve and store evidence in Iraq of acts by Islamic State that may be war crimes, crimes against humanity or genocide.

The 15-member council unanimously adopted a British-drafted resolution, after months of negotiations with Iraq, that asks Secretary-General Antonio Guterres to establish a team “to support domestic efforts” to hold the militants accountable.

Use of the evidence collected by the team in other venues, such as international courts, would “be determined in agreement with the Government of Iraq on a case by case basis.”

U.N. experts said in June last year that Islamic State was committing genocide against the Yazidis in Syria and Iraq to destroy the minority religious community through killings, sexual slavery and other crimes. 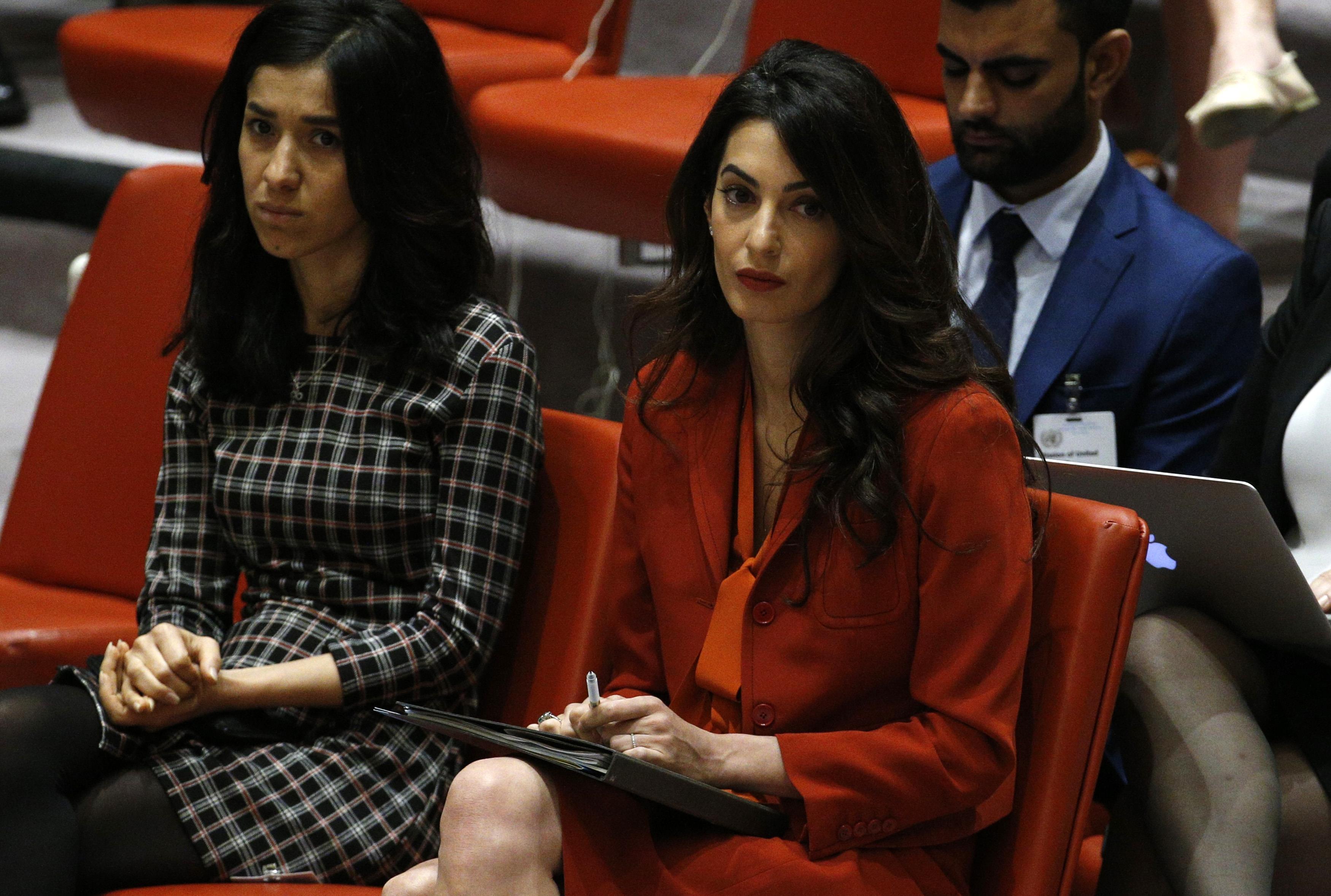 The Security Council met during the annual gathering of world leaders for the U.N. General Assembly.

Iraq’s foreign minister Ibrahim al-Jaafari officially requested international help in a letter to the Security Council last month. The council could have established an inquiry without Iraq’s consent, but Britain wanted Iraq’s approval. 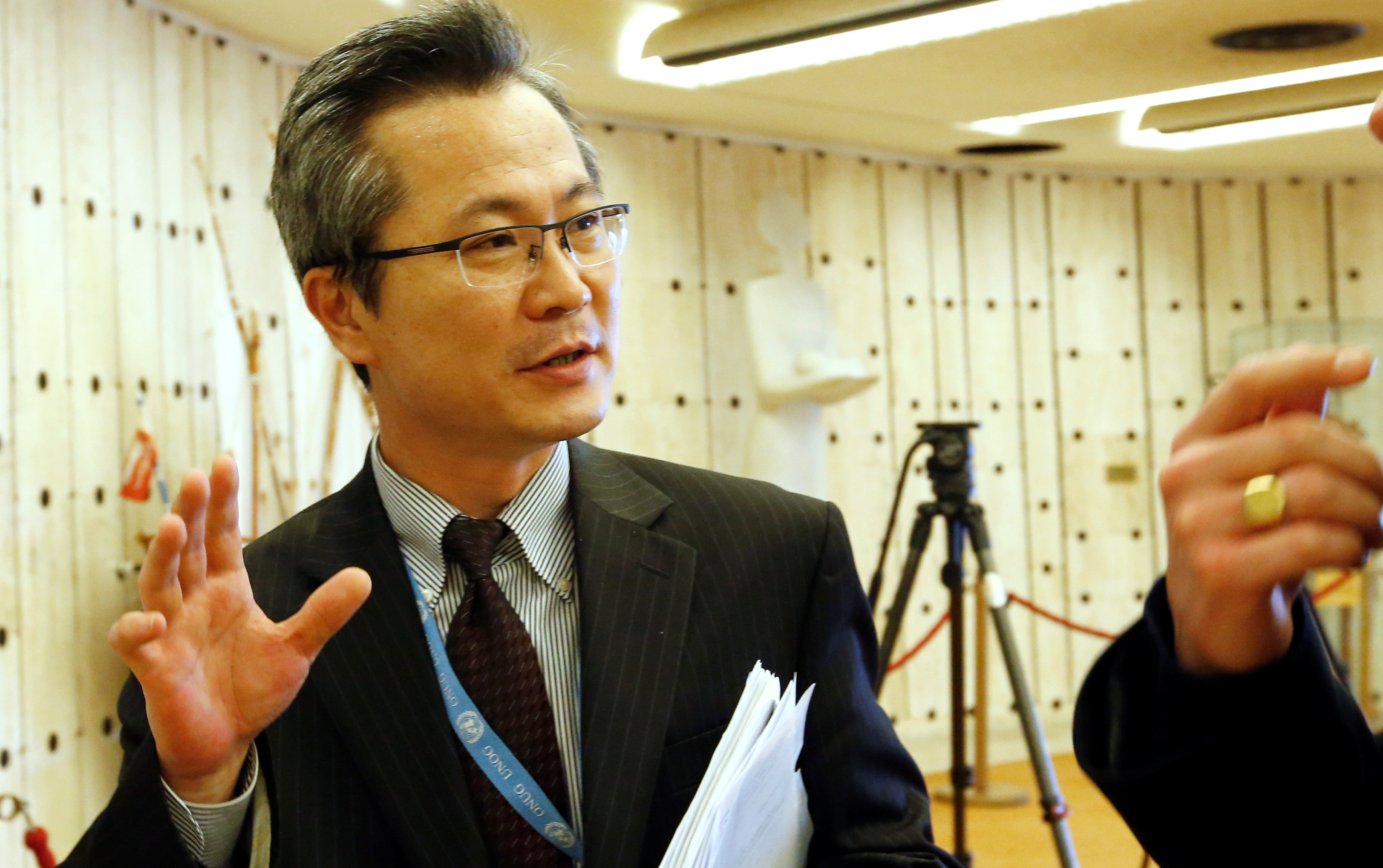 GENEVA (Reuters) – The top United Nations human rights body agreed on Friday to widen its investigation into widespread violations in North Korea with a view to documenting alleged crimes against humanity for future prosecution.

North Korea said it “categorically and totally rejects” the resolution adopted by the U.N. Human Rights Council. The text had been framed by the United States and “other hostile forces” for political reasons “to strangle the DPRK (Democratic People’s Republic of Korea),” its envoy said after boycotting the debate.

The 47-member state Geneva forum adopted a resolution, brought by Japan and the European Union and backed by the United States, on the final day of its four-week session without a vote.

The U.N. human rights office in Seoul will be strengthened for two years with international criminal justice experts to establish a central repository for testimony and evidence “with a view to developing possible strategies to be used in any future accountability process”, the text said.

The Seoul office deploys six staff who conduct in-depth interviews with dozens of North Korean defectors each week, recording their testimony, a U.N. official based there told Reuters. Some 1,400 North Koreans arrive each year in South Korea, most via China, he said.

“This not only brings North Koreans one step closer to justice for human rights crimes they have suffered, but should also make North Korean government officials think twice before inflicting more abuse,” John Fisher of the group Human Rights Watch said in a statement.

A U.N. commission of inquiry, in a landmark 2014 report based on interviews and public hearings with defectors, cataloged massive violations in North Korea – including large prison camps, starvation and executions – that it said should be brought to the International Criminal Court (ICC).

“The ‘resolution’ is nothing more than a document for interference in internal affairs of sovereign states and represents the culmination of politicization, selectivity and double standards of human rights,” Mun Jong Chol, a counselor at North Korea’s mission to the U.N. in Geneva, told reporters.

It was a fraudulent document full of “lies, fabrications and plots”, Mun said.

China said it “dissociated” itself from the council’s decision and called for dialogue.

The situation on the divided Korean peninsula is “complex and sensitive” and all sides should avoid provocation by an act or words that might lead to an escalation”, China’s delegation said.

“China hopes we can focus on the bigger picture,” it said. 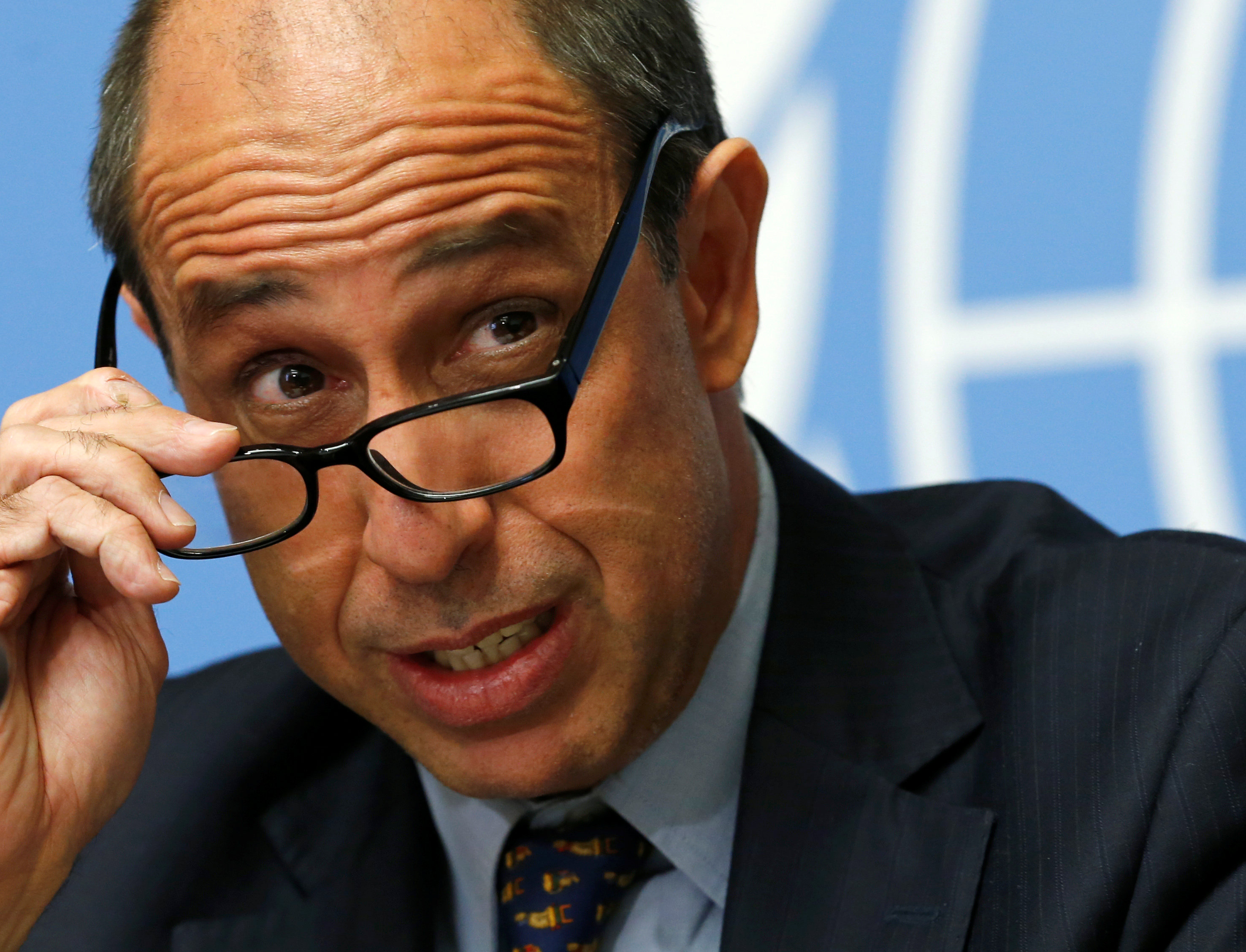 Special Rapporteur on the situation of human rights in North Korea Tomas Ojea Quintana addresses a news conference after his report to the Human Rights Council at the United Nations in Geneva, Switzerland, March 13, 2017. REUTERS/Denis Balibouse

GENEVA (Reuters) – North Korea boycotted a U.N. review of its human rights record on Monday, shunning calls to hold to account the Pyongyang leadership for crimes against humanity documented by the world body.

A 2014 U.N. report detailed the use of political prison camps, starvation and executions, saying security chiefs and possibly even Supreme Leader Kim Jong-un himself should face international justice.

“We are not participating in any meeting on DPRK’s human rights situation because it is politically motivated,” Choe Myong Nam, Pyongyang’s deputy ambassador to the U.N. in Geneva, told Reuters.

U.N. special rapporteur on human rights in the DPRK Tomas Ojea Quintana said he regretted the decision but was still seeking engagement with North Korea.

Rising political and military tensions should not shield ongoing violations from international scrutiny, he said.

“Military tensions have brought human rights dialogue with the DPRK to a standstill,” Ojea Quintana told the 47-member forum.

He also called for an independent investigation into the killing of Kim Jong Nam, estranged half-brother of Kim Jong-un, in Malaysia last month, saying there may be a need to “protect other persons from targeted killings”.

Between 80,000 and 120,000 people are held in four known political prison camps in North Korea and hundreds of families in South Korea and Japan are looking for missing relatives believed abducted by North Korean agents, Ojea Quintana said.

head of the U.S. delegation.

He added that the U.S. is open to improved relations if the DPRK was willing to meet its international obligations.

South Korea’s envoy Lim Jung-taek voiced dismay that three years after the landmark U.N. report there was “no glimpse of hope” for ending “systematic, widespread and gross violations”.

Ying Wang of China, North Korea’s main ally, said Beijing was “against the politicization of human rights issues” while seeking dialogue and de-escalation on the peninsula.

Sara Hossain, a member of the Council’s group of independent experts on accountability, said the U.N. should consider ways of prosecuting those responsible for human rights abuses in North Korea, possibly by creating an international tribunal.

“The groundwork for future criminal trials should be laid now,” she said.