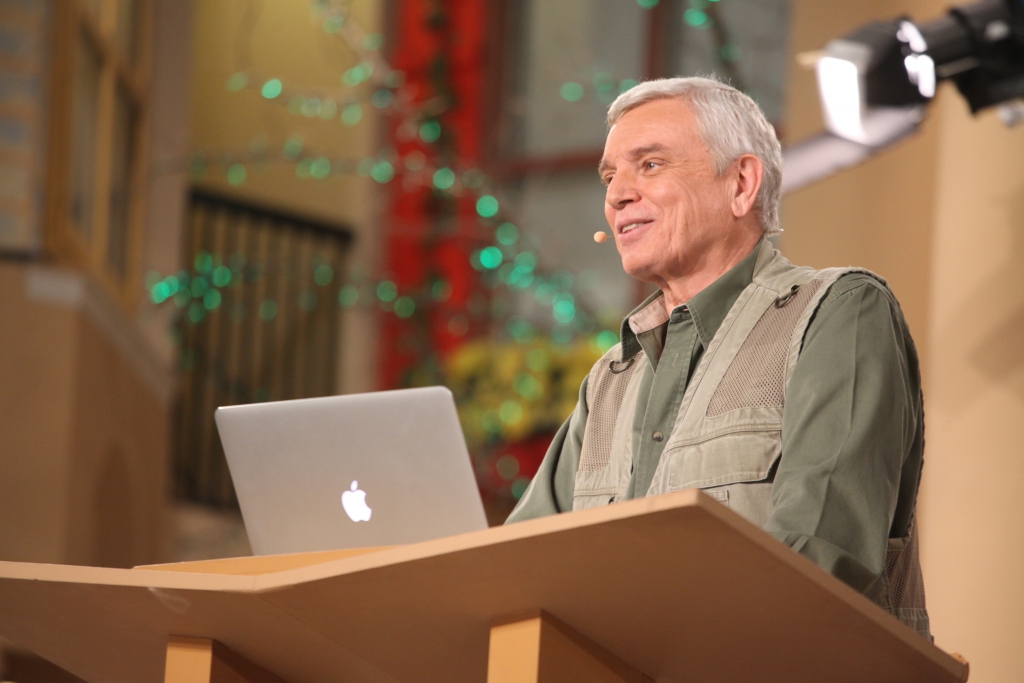 Dr. Paul Williams has authored a book that extensively details the practical steps people can take to prepare themselves for disasters, covering everything from purchasing emergency supplies to preparing evacuation plans. But there’s one area he wishes he could have gone into more detail — how people can be spiritually ready for whatever will happen in the days ahead.

Williams had the opportunity to do just that when he visited Morningside this week.

Williams, the author of “When All Plans Fail,” hosted three one-hour preparedness seminars for the Morningside community. Much of the doctor’s seminars focused on spiritual preparedness, something he only touched on in the book, with a common theme woven throughout his talks.

Williams asked those in attendance to ask themselves a series of questions.

“Has my desire to be prepared and protect myself and my family caused me to lose sight of my calling and life’s purpose in Christ Jesus?” he said. “Am I trying to hang on to an American Dream? Do I love Jesus more than things in this world? … Life does not consist of the things that a man possesses. That’s not what life is. The way you live your life portrays your true beliefs.”

The doctor’s seminars echoed recent calls from Pastor Jim Bakker to make 2016 the Year of the Bible and return to the Word of God to ensure people are spiritually prepared for Christ’s return.

Williams’ seminars focused on how people should live in the last days, tying in Biblical stories and messages and the own lessons he learned during his more than 200 medical mission trips.

“We live in very unique times, don’t we?” he said during one seminar at Morningside. “I guess that in any time that I’ve ever been here, this is probably one of the greatest in terms of the sense of responsibility for what’s coming down the pike and trying to get out the message and trying to mobilize us in terms of what needs to be done.”

Williams emphasized the importance of spiritual preparation during his final seminar.

“If you are not spiritually ready and all you have done is your physical preparation, it can be taken away from you,” he said. “You don’t know what’s going to be there. But (no one can) take your salvation away from you. They cannot take your spiritual walk with God away from you.”

He spoke of being ambassadors for Christ (2 Corinthians 5:20), being transformers in churches and neighborhoods and being ministers of reconciliation to a broken world. He said it was important for people to view things the way that God would want them to look at them, and not to focus on the headlines, but rather what these days truly mean for the true believers.

“You can become discouraged if all you do is look at the dangers around you,” Williams said in an interview. “If you just look at all the evils that are all around us — politically, financially, World Wars. … If (Christians) just look at what’s immediately around them, they lose sight of ‘You know guys, we’re going to win.’ Whether we live or whether we die, we’re victorious.”

He challenged those in attendance to go out into the world and put God’s will and words into action — not to just hear or read the words in the Bible, but go out and perform them on an everyday basis.

“I believe the need for what is being expressed is so great that we’ve got to get it down into our spirit and not just have it in our heads, but to actually have in our spirit and to actually take action on it,” Williams said during a seminar.

He said that the number of people who are “truly prepared” for the great trials ahead has increased a little bit, but it was “nowhere near where it needs to be.” He stressed he has also seen people letting their need to prepare get in the way of what remains truly important: God.

“We’re supposed to live for the Lord. Our purpose in life is to love him more than we even love family. What’s happened — particularly with certain teachings that have gone around … it’s almost as if Christianity and God are there to just supply our needs,” Williams said in an interview. “Now, don’t get me wrong, he does supply our needs. Matthew 6:33 very clearly says ‘Seek first the kingdom of heaven, and his righteousness, then all these things will be added to you.’ But before that, he said ‘after all these things that gentiles seek.’

“I think what’s happened, even in the area of preparedness, we’re seeking those things as opposed to God,” Williams continued. “God will take care of us. I’m not trying to downplay the importance of being wise and preparing. When you see a storm coming, you prepare for it. There’s wisdom there. But we don’t rely on ourselves. … God considers it as wickedness to rely on your own strength. It’s wicked, because what it says is we’re not really recognizing the source of all power and authority, which is in God himself.”

For those wondering what steps to take in these days, Williams offered some advice: Seek God.

Williams goes into more depth about disaster preparedness and steps people can take to get physically and spiritually ready in “When All Plans Fail,” available in the Morningside store.

The seminars will be uploaded to the PTL Television Network on Roku in the coming days.