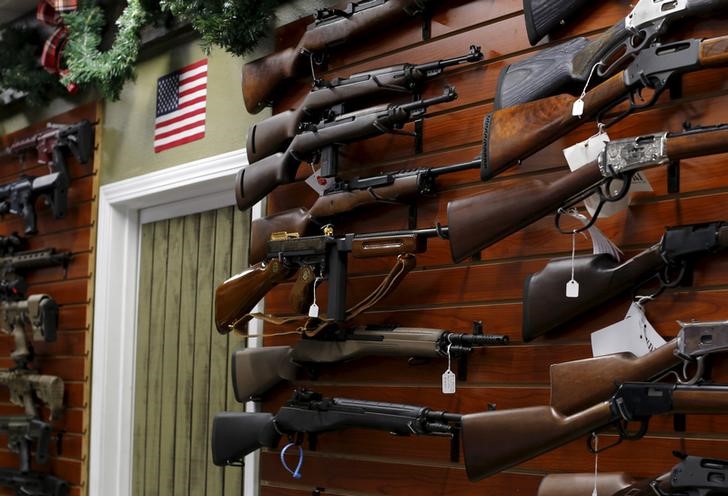 WASHINGTON (Reuters) – In a blow to gun rights activists, the U.S. Supreme Court on Tuesday turned away a challenge to California’s 10-day waiting period for firearms purchases that is intended to guard against impulsive violence and suicides.

The court’s action underscored its continued reluctance to step into the national debate over gun control roiled by a series of mass shootings including one at a Florida school last week. One of the court’s most conservative justices, Clarence Thomas, dissented from the decision to reject the case and accused his colleagues of showing contempt toward constitutional protections for gun rights.

The gun rights groups and individual gun owners who challenged the law had argued that it violated their right to keep and bear arms under the U.S. Constitution’s Second Amendment. The challengers did not seek to invalidate California’s waiting period for everyone, just for people who already owned guns and passed a background check.

In his dissent, Thomas scolded his colleagues. “If a lower court treated another right so cavalierly, I have little doubt this court would intervene,” Thomas wrote. “But as evidenced by our continued inaction in this area, the Second Amendment is a disfavored right in this court.”

The Supreme Court has not taken up a major firearms case since issuing important gun rulings in 2008 and 2010.

The United States has among the most lenient gun control laws in the world. With the U.S. Congress deeply divided over gun control, it has fallen to states and localities to impose firearms restrictions. Democratic-governed California has some of the broadest firearms measures of any state.

A series of mass shootings including one in which a gunman killed 17 people at a Parkland, Florida high school on Feb. 14 have added to the long-simmering U.S. debate over gun control and the availability of firearms.

In another gun case, the high court on Tuesday also declined to take up a National Rifle Association challenge to California’s refusal to lower its fees on firearms sales and instead use a surplus generated by the fees to fund efforts to track down illegal weapons.

“The right to keep and bear arms is apparently this court’s constitutional orphan. And the lower courts seem to have gotten the message,” Thomas added.

Lead plaintiff Jeff Silvester, the Calguns Foundation and its executive director Brandon Combs, and the Second Amendment Foundation in 2011 challenged the 10-day waiting period between the purchase of a firearm and its actual delivery to the buyer, saying it violated the Second Amendment for individuals who already lawfully own a firearm or are licensed to carry one.

The waiting period gives a gun buyer inclined to use it for an impulsive purpose a “cooling off” period before obtaining it, which has been shown in studies to reduce handgun suicides and homicides, the state said in a legal filing. The waiting period also gives officials time to run background checks and ensure that weapons being sold are not stolen or being purchased for someone prohibited from gun ownership, the state said.

The states of California, Hawaii, Rhode Island, Illinois, Minnesota, Florida, Iowa, Maryland and New Jersey as well as Washington, D.C., have waiting periods that vary in duration and type of firearm, according to the Giffords Law Center to Prevent Gun Violence gun control advocacy group.

The San Francisco-based 9th U.S. Circuit Court of Appeals upheld California’s law in 2016, reversing a federal trial court that had ruled it unconstitutional.

Last year, the Supreme Court left in place a California law that bars permits to carry a concealed gun in public places unless the applicant can show “good cause” for having it. 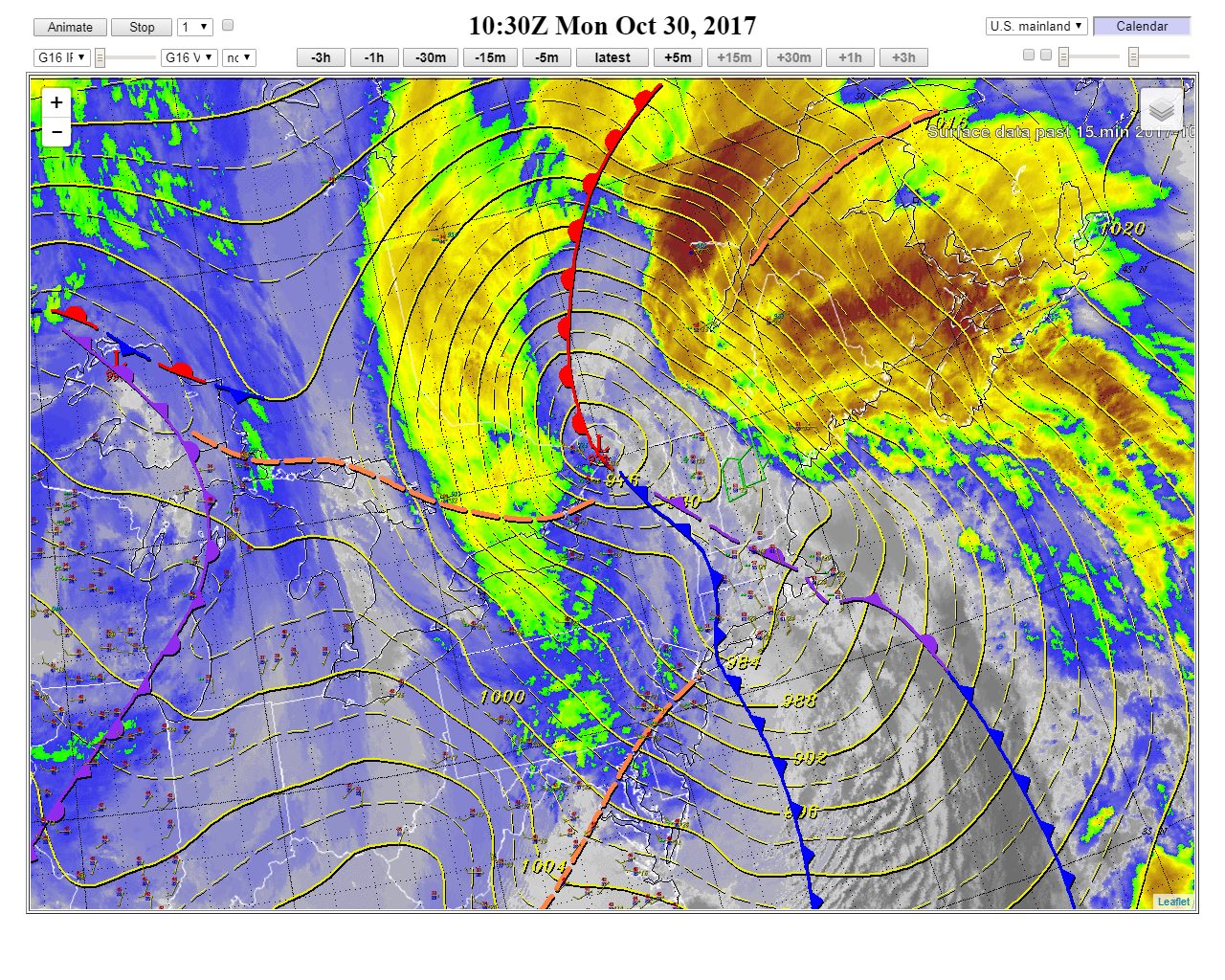 NEW YORK (Reuters) – Fierce winds and heavy rain downed trees and knocked out power across the U.S. Northeast, halting trains during the Monday morning commute and leaving neighborhoods from Boston to Washington in the dark.

“There has been quite a bit of wind, and when the ground gets wet like this, trees fall,” Chenard said.

Connecticut commuters piled onto buses or sought alternative routes after Metro-North Railroad suspended service on its New Canaan line and on its Danbury line, which it said on Twitter was hampered by a mudslide and related signal problems.

Early on Monday, traffic lights in parts of Washington remained dark due to power outages.

The storm hit the East Coast on the fifth anniversary of Superstorm Sandy. That late-season hurricane killed at least 159 people in New York, New Jersey and other parts of the East Coast on Oct. 29, 2012, and damaged or destroyed more than 650,000 homes.

The National Weather Service said the heaviest rains and winds ended late on Monday morning, but lighter precipitation and some gusts would persist throughout the day.

“The biggest potential now is for more trees to come down and for minor-to-moderate river flooding in eastern New York and much of New England today into tomorrow,” Chenard said.

It was not immediately known how long it would be until power is fully restored. 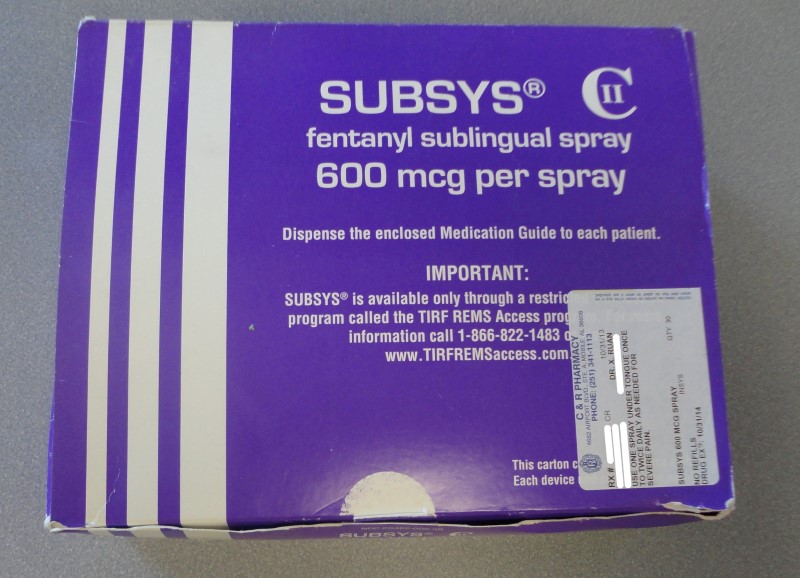 BOSTON (Reuters) – A Rhode Island doctor pleaded guilty on Wednesday to charges he participated in a scheme to obtain kickbacks in exchange for writing prescriptions for an addictive fentanyl-based cancer pain drug produced by Insys Therapeutics Inc.

The plea by Jerrold Rosenberg came amid ongoing investigations of Insys related to Subsys, an under-the-tongue spray that contains fentanyl, a synthetic opioid.

Rosenberg, 63, pleaded guilty in federal court in Providence, Rhode Island, to charges that he committed healthcare fraud and conspired to receive kickbacks to prescribe Subsys.

Prosecutors said that from 2012 to 2015, Rosenberg schemed to receive $188,000 in kickbacks in the form of speaker fees from Insys, which were a major factor in his decision to prescribe Subsys to patients.

He also fraudulently indicated that his patients suffered from cancer pain when they did not in order to secure insurance approvals for Subsys, prosecutors said.

Under a plea agreement, Rosenberg agreed to pay $754,736 in restitution to healthcare benefit programs. He faces a maximum prison sentence of 15 years and is scheduled to be sentenced on Jan. 16.

Rosenberg’s lawyer did not respond to a request for comment. Chandler, Arizona-based Insys in a statement said it has “taken necessary and appropriate steps to prevent past mistakes from happening in the future.”

The investigations into Insys have come during a national epidemic of opioid abuse. According to the U.S. Centers for Disease Control and Prevention, opioids were involved in more than 33,000 deaths in 2015. The death rate has continued to rise, according to estimates.

In December, federal prosecutors in Boston charged six former Insys executives and managers, including ex-Chief Executive Michael Babich, with engaging in a scheme to bribe doctors to prescribe Subsys and defraud insurers.

All six have pleaded not guilty. Federal charges have also been filed in several other states against other ex-Insys employees and medical practitioners who prescribed Subsys.

Insys has been in settlement talks with the U.S. Justice Department. It said on Wednesday it is working “with relevant authorities to resolve issues related to the misdeeds of former employees.”

(Reporting by Nate Raymond in Boston; Editing by Matthew Lewis)

(Reuters) – A federal appeals court on Wednesday ruled that a New York Jewish congregation is the rightful owner of the nation’s oldest synagogue, in Rhode Island, along with a set of bells worth millions.

The decision by the First Circuit Court of Appeals in Boston marks the latest turn in a long-running legal battle that began when members of the Touro Synagogue in Newport tried to sell a set of ritual bells, called rimonim, worth some $7.4 million.

New York’s Congregation Shearith Israel attempted to block the deal, citing an 18th century agreement that named it a trustee.

“We hold that the only reasonable conclusions to be drawn from them are that CSI (Congregation Shearith Israel) owns both the rimonim and the real property,” the ruling said.

Louis Solomon, an attorney for Shearith Israel, said in a statement he was gratified by the ruling.

“We will continue in our historic role and look forward to putting this unfortunate litigation behind us,” he said.

Gary Naftalis, a lawyer for the Rhode Island congregation, said he was disappointed by the ruling and was exploring legal options.

The historic building was consecrated in 1763, when the town had one of the largest Jewish populations in the American colonies, including many who had fled the Spanish Inquisition. It was vacated in 1776 when most of the city’s Jewish population fled at the start of the Revolutionary War.

Members of the synagogue at that time shipped a pair of valuable silver bells used in rituals to the New York synagogue, and asked its leaders to act as trustees for the vacant temple. Worshippers returned by the 1870s and the New York group’s influence waned.

Shearith sued Newport’s Congregation Jeshuat Israel when it learned the Rhode Island group had reached a deal to sell the bells to Boston’s Museum of Fine Arts. The Touro congregation had planned to use the funds to create a reserve to pay for maintenance of the building, after its finances were hard hit by the 2008 credit crisis.

The New York congregation also claimed ownership of the bells and charged that the Newport group was violating Jewish tradition by selling ritual objects.

The school district in Cranston, Rhode Island says that Good Friday is not a religious holiday and therefore teachers who are Christians cannot use one of their two designated personal days for religious events.

The teachers are saying that’s violating their rights.

The close to 200 teachers are suing the school district, saying that they should have the right to take the day and attend services at their local churches.  The school’s superintendent, Judith Lundsten, said that the contracts of the teachers specify they may take the holiday only if they are required to attend services and that Good Friday “has no required services.”

The teachers say the actions of the Superintendent violate the Religious Freedom Restoration Act.

This year marks the first time in decades that Yom Kippur, Rosh Hashanah and Good Friday are not holidays in the school calendar.  The school committee voted to eliminate those holidays in June.

It has been a long, difficult winter for our parents, students and staff. We have already accumulated six additional days to our school year,” said Janice Ruggierei, chairperson of the Cranston School Committee.

“We should be focusing on finishing the school year by meeting our students’ academic calendar requirements.”

For the third straight year, Providence, Rhode Island and New Bedford, Massachusetts are the least Bible minded cities in the United States.

The opposite end of the survey named Birmingham, Alabama as the most Biblically minded city in the U.S.

The survey’s condition to be “Bible minded” was to have respondents state they had read the Bible in the last seven days and that they have a strong belief in the Bible’s accuracy.  Only 27 percent of the population nationwide has been considered Bible minded.

“This study provides us with a great starting point to understand where people are interacting with Scripture and what their views are of the Bible,” said Andrew Hood, managing director of communications at American Bible Society. “We want to help people continue to grow their engagement with the Bible. Ultimately, we want people to know that, whether they live in one of the most or least Bible-minded cities, the Bible can speak to their needs and challenges and help them make sense of life.”

The National Oceanic and Atmospheric Administration (NOAA) has issued a statement confirming a tsunami struck the East Coast of the United States on June 13.

More than 30 tide gauges along the East Coast plus Bermuda and Puerto Rico reported tsunami incidents. The highest peak of the waves were recorded in Newport, Rhode Island where the ocean rose one foot over sea level. END_OF_DOCUMENT_TOKEN_TO_BE_REPLACED