Pastor Jim & Lori Bakker welcome Frank Davis as they discuss the benefits of eating a Plant Based Diet for Day 1 on The Jim Bakker Show. 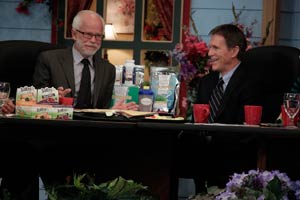 I’m Over It Now 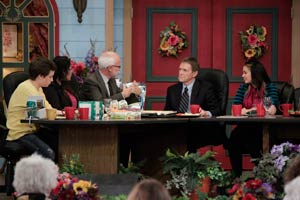 People need to wake up. I know of 2 young ladies who went to the emergency room within the last month. The reason they ended up there was simply because of lack of nutrition. Their stomachs were bleeding because of lack of the proper nutritional elements they needed to stay alive. -Pastor Jim Bakker 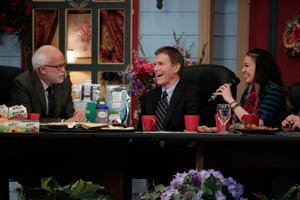 On a recent trip to the grocery store, Pastor Jim was looking at all the foods. He found healthy fruits and vegetables, but he also found everything was in a can, bottle or in the freezer. After reading several labels, he found that the food system is more about chemistry than actual healthy ingredients. American’s have turned to a processed society mostly out of convenience, but it is having devastating consequences on their health. The produce sections in most grocery stores are pitiful looking, as everything is either half dead or had been around for a long while. Many people have no clue what they are putting into their bodies and how it can affect their entire system. It is important as temples of God, that every person be aware of what they are putting into their systems.

God made wheat and if it is cleaned and stored properly, it will last forever. Frank Davis has wheat in his home he is still using; it has been around for over thirty years. White breads and rice are unhealthy, as they are bleached and processed. Natural whole grain wheat products are the best for the body. Pastor Jim and Lori have taken to a plant based diet to improve health. Pastor Jim was diagnosed with Diabetes, a horrible condition, which was taking a toll on his body. Thankfully, with a plant based diet, he has been able to go off of all medications, as well as being the weight he was when he was seventeen.

Frank Davis has an intriguing story. He was diagnosed with Chronic Fatigue Syndrome and was completely at the end of his rope. He was so lethargic and sick all the time, which caused him to be pro-active. Frank did not want to take this lying down, instead with help; he created vitamins that gave his body every nutritional thing it needed. Frank believes his healing is wholly to blame on the hand of God and by changing his eating habits. By changing his entire lifestyle, he is able to live to the fullest extent.

In our society today, many people are sick and in the worst shape of their lives. Mostly, the poor diet is to blame for the condition of the health of American’s. God created fruits and vegetables to give our bodies’ natural fuel, as well as the nutrients it needed to survive. Plant based diets not only allow people to have the nutritional values, but also create a healthier overall being. Both Pastor Jim and Frank Davis feel it is their missions in life, to expound on their person experience and share with people how to live and eat more healthily. While Lori could not be on the broadcast today, the plant based diet benefits for her was discussed. Lori has been able to drop over 32 lbs., simply by changing her lifestyle. The Bakker’s will still have a turkey on Thanksgiving, but they try to stick to plant based nutritional items.

The media students at Morningside are getting in on the healthy revolution. During two videos shown, the students learn how to turn wheat into flour, as well as cooking bread and pancakes. These healthy but tasty creations, demonstrate how easy it is to make nutritious things for our bodies, which can be useful in times of food shortages. It is possible to make vegan style pancakes, using the flower and no eggs. The taste tests done by the students was proof positive, whole wheat can be delicious. Morningside’s new products’, including the Old Mill Inn Winter Wheat, is teaching people to continue to stockpile for the upcoming days. Jesus is coming and there could be days that are filled with food and water shortages, making preparations now is essential for survival.

Hebrews 11:7 NIV By faith Noah, when warned about things not yet seen, in holy fear built an ark to save his family. By his faith he condemned the world and became heir of the righteousness that is in keeping with faith.

James 2:16 NCV If you say to that person, “God be with you! I hope you stay warm and get plenty to eat,” but you do not give what that person needs, your words are worth nothing.

Revelations 9:2 KJV And he opened the bottomless pit; and there arose a smoke out of the pit, as the smoke of a great furnace; and the sun and the air were darkened by reason of the smoke of the pit.

Revelation 6:6 NLT And I heard a voice from among the four living beings say, “A loaf of wheat bread or three loaves of barley will cost a day’s pay. And don’t waste the olive oil and wine.”

2 thoughts on “Plant Based Diet”