Pastor Jim and Lori discuss the importance of Christians staying connected and not becoming disengaged in these critical times. With special guest Bobby Conner.
END_OF_DOCUMENT_TOKEN_TO_BE_REPLACED

Pastor Jim and Lori discuss the importance of Christians staying connected and not becoming disengaged in these critical times. With special guest Bobby Conner.
END_OF_DOCUMENT_TOKEN_TO_BE_REPLACED

Pastor Jim and Lori talk about the Mysteries of the Kings and the parallels between American presidencies and the Old Testament reign of King Ahab. With special guest Rabbi Jonathan Cahn.
END_OF_DOCUMENT_TOKEN_TO_BE_REPLACED 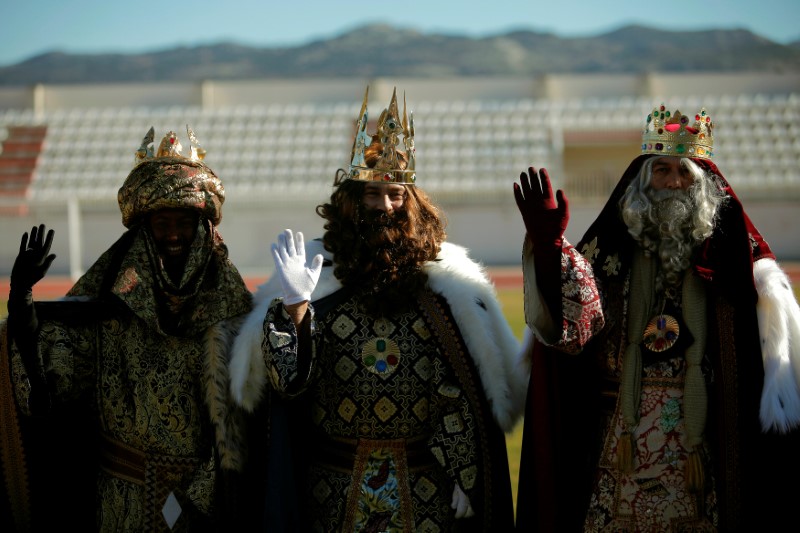 MADRID (Reuters) – The three biblical wise men paraded through Madrid’s streets amid tight security on Thursday, the eve of Epiphany, which celebrates the day they are said to have visited the infant Christ with gold, frankincense and myrrh.

Melchior, Caspar and Balthazar, accompanied by hundreds of eclectic floats, handed out sweets to the thousands of children lining the Spanish capital’s main boulevard.

Madrid’s authorities deployed 800 police officers, some heavily armed, erected concrete barriers to block access to streets and curbed the movement of trucks after the December attack in Berlin on a Christmas market.

A Tunisian man killed 12 people in the Dec. 19 attack when he plowed a truck into a row of market stalls, leading other European capitals to ramp up security.

The Day of the Kings on Jan. 6 is a bigger day than Christmas for many in Spain. Children often wait until then to open their presents said to have been brought by the wise men and not Santa Claus, the traditional gift-giver elsewhere.

Every Spanish city and most towns hold parades featuring the kings, wearing robes, crowns and billowing beards, and Madrid’s is one of the largest.

In Catalonia controversy has been focused on the attempt by pro-independence organizations to politicize the parade in Vic, a town around 70 kilometers north of Barcelona, with the distribution of lanterns bearing the “estelada” flag, usually used by Catalan separatists. 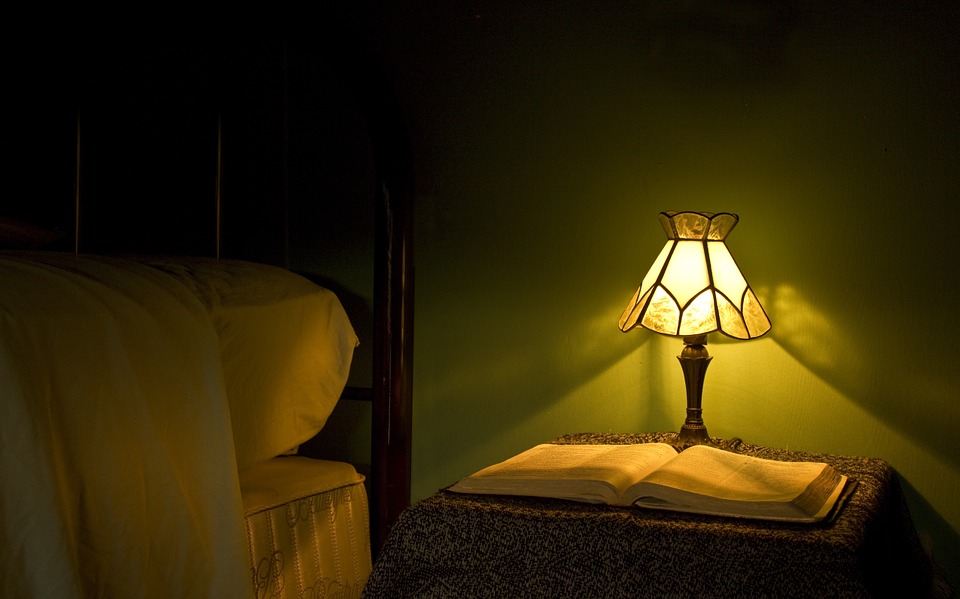 I’ve had nights where I don’t think I’ll ever be able to fall asleep. I will be laying in bed, exhausted, but my mind will be running in a million different directions. I’ll think about Morningside, our show, our family, and all of the things happening in the world before us. END_OF_DOCUMENT_TOKEN_TO_BE_REPLACED 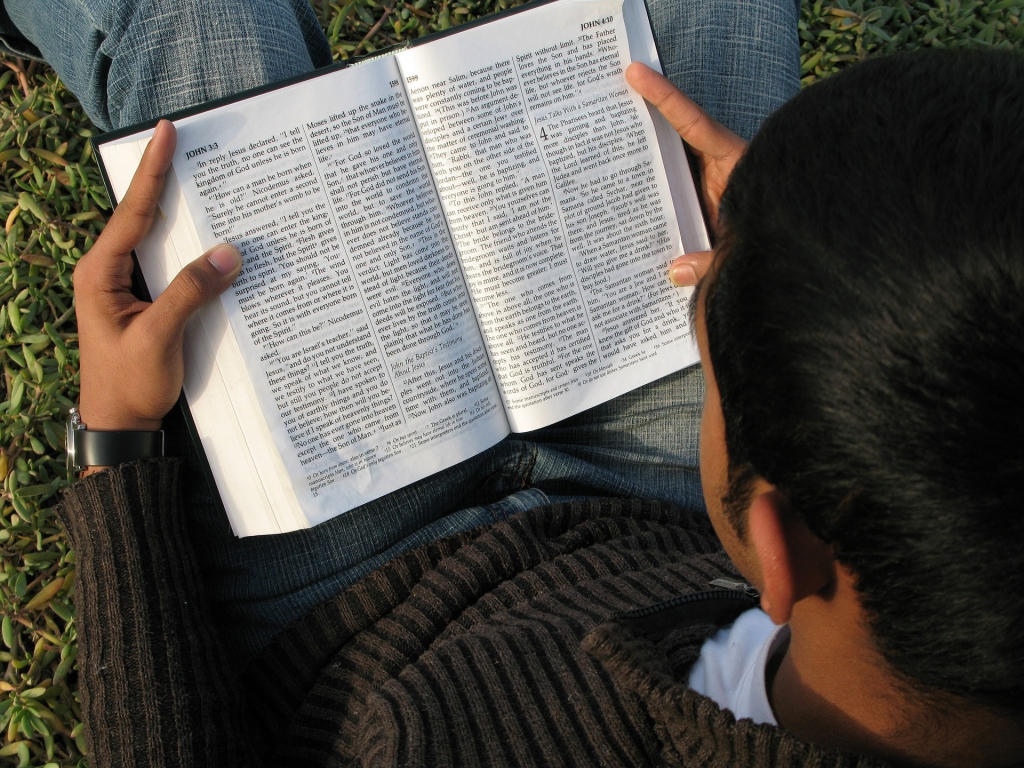 Remember when God told me it was time to batten down the hatches?

When He spoke to me, I was sitting in Lori’s closet; actually, it’s more like a woman cave. You’ve heard of a man cave, right? Well, Lori’s got this amazing closet filled with all her things and there’s a little desk where you can sit. I find that it’s a wonderful, quiet place for me to talk to God and listen to His word. END_OF_DOCUMENT_TOKEN_TO_BE_REPLACED

The Jim Bakker Show brings guests from all walks of life that are biblical seekers of the truth. We are so excited to announce a new guest Tuesday, July 28th! Writer, lecturer, biblical adventurer and President of Bible Archaeology Search and Exploration, Bob Cornuke, will be joining us for a very special live taping.

With experience as a former police investigator, SWAT team member, International explorer, lecturer and biblical investigator, along with  a Ph.D in Bible and theology, Bob has authored nine books. He has appeared on National Geographic Channel, CBS, NBC’s Dateline, Good Morning America, CNN, MSNBC, Fox, ABC, History Channel and Ripley’s Believe it or Not.

Mr. Cornuke has participated in over fifty expeditions around the world searching for lost locations described in the Bible. His latest book relocates the site of Solomon’s temple completely off the temple mount and places it in the city of David.  This research effort is astounding Bible students world wide.

This is sure to be an amazing show full of biblical information on important locations all over the world.  We hope you can join us here at Morningside!  Don’t forget, if you’re unable to join us in the studio, you can view all of our tapings on our live stream!

California pastor Greg Laurie told the thousands at Harvest Church and the millions around the world watching online that America needs Israel more than the other way around in a lesson on the end times.

Laurie said that Israel is at the eye of the hurricane when it comes to the great events of the end times and Jesus made it very clear that Israel is beloved of God.  He added those who bless Israel will be looked upon favorably by the Lord.

“One of the reasons God has blessed the United States is because of our support to Israel. … America needs Israel more than Israel needs America … because we need the blessing of God,” the pastor said.

Laurie reminded the parishioners that the Bible is the only book that clearly outlines what is going to happen in the end times.

“The Bible is the one book that dares to predict the future … with 100 percent accuracy,” he said, adding that about 30 percent of the Bible is prophecy, and that God wants us to know these prophecies. “The more we know about the next world, the better we’ll live in this one.”