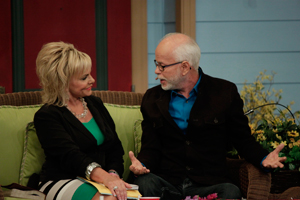 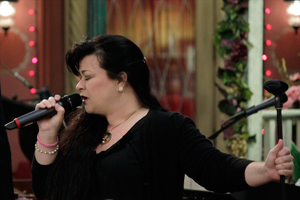 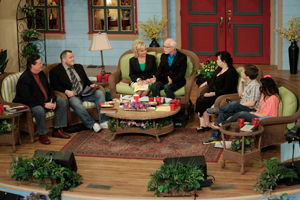 Pastor Jim began the show by referencing a recent trip taken with his grandson James, to a company that specializes in flavoring where they spent the day tasting and sampling food. Revelation of the large company’s identity will take place at a later time, but Pastor Jim said scientists and chefs there have the mission of creating a line of food specially for the ministry; foods with 20 year shelf life for storage and survival purposes. James said that the biscuits and gravy he tried were his favorites of all the items he tasted and his Pastor Jim announced that ordering of breakfast buckets will soon be available. He explained that the sausage, gravy and biscuits contain no grease and, like all the foods in the new line, were created with health in mind. The production company, he continued, specializes in all natural products.

Storage of the new inventory of food will eventually take place at the Old Mill Inn Shipping Center, a facility currently under construction and set for grand opening on July 4 during the ministry’s special week long celebration. Invited guests and teachers will take part in the festivities and Pastor Jim said the dedication of the generationNOW control room and production facilities will also take place.

He then took time to go over recent news headlines in relation to volcanic activity, sightings of meteors and fireballs and the FBI’s prediction that an “internet doomsday” lies around the corner as the result of a virus that will disrupt internet service for hundreds of thousands of homes, businesses and individuals. Chaos will continue, he said, encouraging viewers to get ready for the increasingly violent weather and storms ahead. He outlined the plans to make the Old Mill Inn building and the lower level of Lori’s House tornado-proof shelters, able to withstand the destruction of deadly twisters.

He went on to say that the construction of Lori’s House continues at the new site where supporters and the Master’s Choir marched on the land in prayer and song, claiming the victory against any who might attempt to stop the effort. “Just because you have a setback, you still are gonna have a comeback,” he said, to encourage others to keep in mind that God always turns things around even when His people may despair or lose hope.

James 4:14 KJV Whereas ye know not what shall be on the morrow. For what is your life? It is even a vapour, that appeareth for a little time, and then vanisheth away.

Hebrews 4:15 KJV For we have not an high priest which cannot be touched with the feeling of our infirmities; but was in all points tempted like as we are, yet without sin.

Matthew 17:18 KJV  And Jesus rebuked the devil; and he departed out of him: and the child was cured from that very hour.

Matthew 8:31 KJV So the devils besought him, saying, If thou cast us out, suffer us to go away into the herd of swine.

Luke 10:9 KJV And heal the sick that are therein, and say unto them, The kingdom of God is come nigh unto you.

James 5:14 KJV Is any sick among you? let him call for the elders of the church; and let them pray over him, anointing him with oil in the name of the Lord:

I Corinthians 2:9 NIV However, as it is written: “What no eye has seen, what no ear has heard, and what no human mind has conceived”the things God has prepared for those who love him—

John 15:15 NKJV No longer do I call you servants, for a servant does not know what his master is doing; but I have called you friends, for all things that I heard from My Father I have made known to you.

One thought on “Obedience to God”