Pastor Jim & Lori Bakker and Tammy Sue Bakker discuss the Power of the Tongue for Day 2 on The Jim Bakker Show. 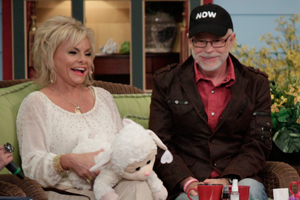 There Is A River 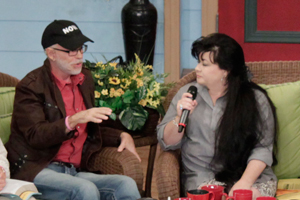 “If you live in this world, there’s gonna be warfare.” -Pastor Jim Bakker 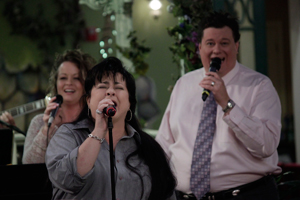 Pastor Jim and Lori Bakker welcomed guest Tammy Sue Bakker and discussed the topic of spiritual warfare and trials. Pastor Jim brought up the many trying experiences his daughter went through during her years as a child and young woman. Tammy Sue recalled how people would say insulting things about her family right to her face. She also remembers churches canceling her singing engagements because her parents went through a divorce. Lori said she only knows certain details of the Bakker family’s struggles because of her marriage to Pastor Jim, but she described the abuse and cruelty experienced as “horrific.” Although the family refuses to make specific details public, Lori credits the prayers of the saints as the reason the Bakkers made it through and still survive to this day.

Pastor Jim reminded all that fighting battles should be a regular part of life for those who stand for righteousness. He updated the status of Lori’s House in light of the setback that came from 15 people signing a petition to stop construction of the facility. Selection of a new site has already taken place; a location near the tabernacle and garden, and overlooking a quiet stream. Pastor Jim recalled how Lori foretold that strong opposition would come against the home, the same way controversy followed her in the past any time she moved forward with plans to raise awareness about the negative and traumatizing effects of abortion.

Plans are in the works to revive her “Lori’s Mourning to Joy Ministry” which helps women who have experienced an abortion to heal, share their stories and pains and find comfort among women of like mind. Lori cited statistics that 4000 babies die as a result of abortion everyday and that one in four women have undergone the medical procedure. She then called attention to Master’s Media student Melody Hayes whose mother intended to abort her after carrying her in the womb for four months. On her way into the abortion clinic, a polite and respectful woman approached the young mother-to-be and asked if she would reconsider her options if a family were found to adopt the child. The woman agreed and went on to have the child who then was adopted by Pastor Cedric Hayes and his wife. Now, Melody plans to work alongside Lori after the completion of Lori’s House.

Pastor Jim said construction will continue as he relies on God to provide the additional funds needed to clear out rock from the site so that laying of the house’s foundation can take place. He went on to say his wife needs to be the town crier when it comes to speaking out about abortion and telling her own gripping, personal story.

Psalm 23:4 KJV Yea, though I walk through the valley of the shadow of death, I will fear no evil: for thou art with me; thy rod and thy staff they comfort me.

Ephesians 2:8-9 NKJV Yea, though I walk through the valley of the shadow of death, I will fear no evil; For You are with me; Your rod and Your staff, they comfort me.

Ephesians 6:11 KJV Put on the whole armour of God, that ye may be able to stand against the wiles of the devil.

Hebrews 12:6 KJV For whom the Lord loveth he chasteneth, and scourgeth every son whom he receiveth.

I Peter 5:7 KJV Casting all your care upon him; for he careth for you.

Matthew 7:26-27 KJV And every one that heareth these sayings of mine, and doeth them not, shall be likened unto a foolish man, which built his house upon the sand: And the rain descended, and the floods came, and the winds blew, and beat upon that house; and it fell: and great was the fall of it.

Lamentations 3:23 KJV They are new every morning: great is thy faithfulness.

Proverbs 24:11-12 NCV Save those who are being led to their death;  rescue those who are about to be killed.  If you say, “We don’t know anything about this,”  God, who knows what’s in your mind, will notice.  He is watching you, and he will know.  He will reward each person for what he has done.

I Corinthians 5:8 KJV Therefore let us keep the feast, not with old leaven, neither with the leaven of malice and wickedness; but with the unleavened bread of sincerity and truth.