O What A Savior

“I believe the devil loves abortion. Perhaps, more than anything else because he wants to be God. He cannot give life, but he can take life. So he thinks he’s taking God’s creation.” – Pastor Jim Bakker 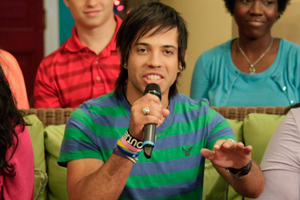 Pastor Jim began by describing how Pastor Lloyd Zeigler, Director of Master’s Commission International, and his team spent the previous day ministering to the Master’s Media students and Morningside staff members. Pastor Zeigler and three of his students then performed a spoken word piece about legacy and asking listeners to consider whether or not their lives will have an echo that continues resounding in the world after they are no longer here.

The poetic message incorporated the names of well known individuals from history that have left a mark, whether good or bad, on the world. People like Martin Luther King, Jr., Walt Disney, Adolf Hitler, Mother Teresa, Rosa Parks and Michael Jackson. 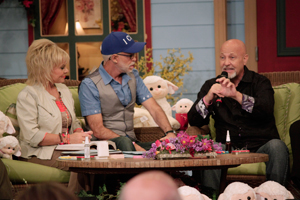 Pastor Zeigler also told the story of Alfred Nobel, the inventor of dynamite who purposefully changed his legacy after a newspaper printed his obituary by mistake in 1888. It was his brother who had actually died, but erroneous rumors led the paper to report Alfred’s death instead and to label him as a “merchant of death.” After reading his own obituary, Mr. Nobel decided he did not want to die and leave behind such a negative history. He went on to change his will to say that upon his death he wanted most of his financial resources to be used to award individuals for outstanding accomplishments in certain fields of endeavor. As a result, he is known and remembered today as the one who established the prestigious Nobel Peace Prizes that are awarded every year. 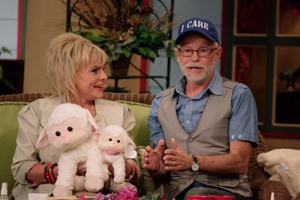 In the same spirit, Pastor Jim announced the establishment of the Legacy Club, which will be made up of members donating specifically for construction and completion of Lori’s House. He said that those who give $500 or more will have their names engraved on a structure near the facility once it is finished. “There’s nothing like leaving life as a legacy,” he said. “That’s something the devil cannot take away from you, when you save lives.”

Pastor Jim then went into detail about how sculptor and artist Rosalind Cook will create the bronze casting of a statue of Jesus holding an innocent lamb that will grace the entrance to the home. He went on to say that the piece of art will be the greatest wordless sermon given to the girls and women residents of the home. A tearful Pastor Zeigler was so moved that he took a trust check for $1000 from his pocket and signed it over to the ministry for the Legacy Club.

Philippians 4:13 KJV  I can do all things through Christ which strengtheneth me.

Isaiah 53:5 KJV  But he was wounded for our transgressions, he was bruised for our iniquities: the chastisement of our peace was upon him; and with his stripes we are healed.