Pastor Jim & Lori Bakker welcome Anne Gimenez as they discuss America for Jesus for Day 1 on The Jim Bakker Show. 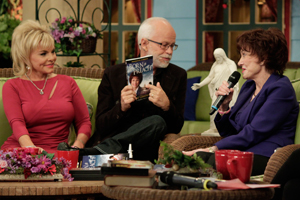 “America may be on a respirator, but God is able to fully bring it back.” -Pastor Jim Bakker 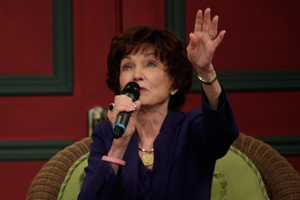 “America is so far gone that it would scare us if we really knew how bad the situation was. But, I believe God is going to heal America.” -Bishop Anne Gimenez 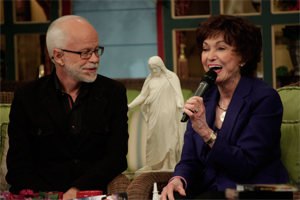 “God is not governed by the economy of this world. God has his own way of providing. The children of Israel ate and drank in the wilderness for 40 years and they had light and protection when the world did not have it.” -Bishop Anne Gimenez

Bishop Anne Gimenez shares her powerful testimony of how her daughter, Robin, was told for 15 days straight her mother would never live during a recent illness. They were waiting for Anne to die and yet she lived. She believes God’s purpose for her was not over and therefore he healed her rather than taking her. She relates the condition of America to her recent health crisis. She was in total organ failure and on life support due to a viral infection in the heart. For 15 days she lay there and never moved. Robin, her daughter, was told if she did make it she would at least need a heart and liver transplant. She recovered and did not need any transplants. As Christians, we realize that America is on a slippery slope with God. However, God can bring anything back. He brought Anne Gimenez back, literally, from the dead and he can do the same for America.

Under divine unction, Bishop Anne Gimenez and her late husband John began hosting a National Event called “America for Jesus” that would bring people together to pray and stand in intercession for America. This years event will take place on September 28-29th  in Philidelphia, Pennsylvania. They choose this location because it was the first capitol of the nation. John and Anne Gimenez are the founders of Washington for Jesus. This rally is the very one that allowed people to know that believers have a voice and can use it for politics and whatever else they may choose. Many ministries, including youth, were born out of this rally.

John and Anne Gimenez came to the Portsmouth, VA area and founded “The Rock” church. Recently they built a 5,000 seat church to hold their massive congregation. Eventhough this mega church building was new, they owed a great deal of money. They were able to burn the mortgage one week ago, God has been good. On December the 1st, they owed $5,387,000.00. John Gimenez had bought a piece of property 5 years ago and Anne sold it to the city for $5 million dollars. After the first part of the church was paid off, the church stepped up and started giving more. Every Sunday they would announce how much was left, until the day when it was paid in full.

Bishop Anne Gimenez shares with us about her heartbreaking experience with her father. Her father never wanted her and at six months into her mother’s pregnancy, he asked her mother to abort the baby. But, Anne’s mother got on her knees in a closet and God filled her with the Holy Spirit. She refused to give up her baby. All through Anne’s life, her father never loved or cared for her. She could not please him in any way she tried. This gave her a great deal of rejection in her life. When Anne was sixteen, she heard of a camp meeting in Corpus Christi, Texas and although she was sick, she had to go. At that meeting a woman preacher asked anyone who wanted the Holy Spirit to stand and Anne found herself standing. That night God filled her and took away the introvert and made her an extrovert. This was the night that changed her life and she was called to preach the gospel. Anne Gimenez is a powerful woman of God. Her new book “Born to Preach” will change the heart and lives of all of those who read its contents.

Matthew 19:26 KJV But Jesus beheld them, and said unto them, With men this is impossible; but with God all things are possible.

II Kings 2:19 KJV And the men of the city said unto Elisha, Behold, I pray thee, the situation of this city is pleasant, as my lord seeth: but the water is naught, and the ground barren.

II Kings 2:21 KJV And he went forth unto the spring of the waters, and cast the salt in there, and said, Thus saith the Lord, I have healed these waters; there shall not be from thence any more death or barren land.